WCW is riding high. Can they sustain the momentum? Read on!

To open the show, "Mean" Gene Okerlund interviews Flair about his victory last night at Slamboree. During Flair's victory speech, Syxx interrupts and claims "the wrong guy was in the ring." He then challenges Flair for a match TONIGHT. As Flair refers to Syxx as a "fly in the ointment," he wants to kick his "flyweight ass." They then scrap between the entrance and the broadcast table until Flair chases Syxx backstage. 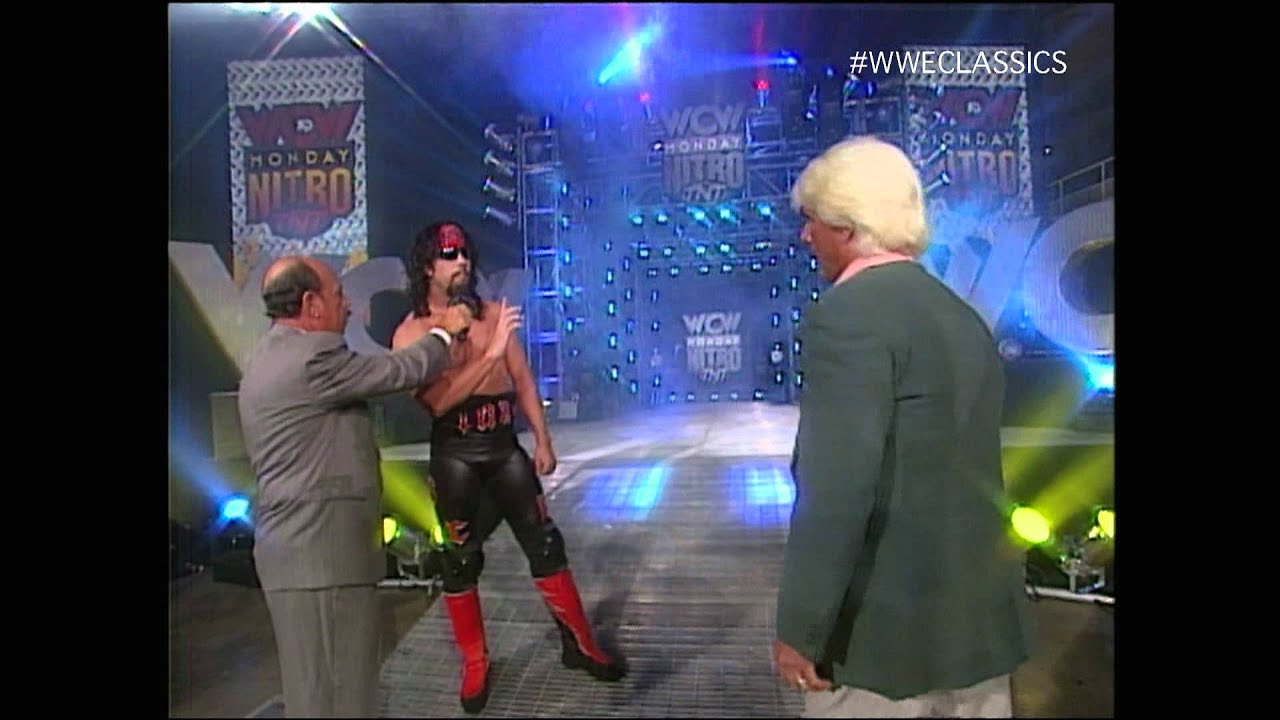 We then revisit the aftermath of the Glacier-Mortis match from last night. 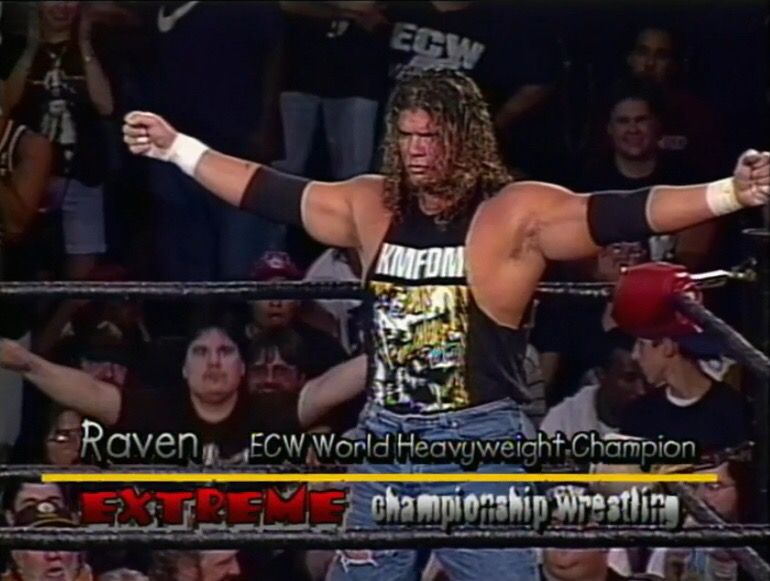 At the entrance, Okerlund interviews Sonny Onoo who promises next week he will bring Chono's "worst nightmare" for a match. When Chono rebuts in Japanese, Onoo refuses to reveal his secret. Could it be Sylvester Stallone? He has been on WCW programming in the past.

After a commercial break, a pre-taped segment with the chairman of the WCW Executive Committee—James J. Dillon--airs. He proclaims that Nick Patrick has been reinstated as of 9am today; although he will have a probationary period of 30 days. We then see the segment again. Who's driving this bus?

Summary: Tension between former nWo members cost Wallstreet in this short match with a cute finish.

Valvoline sponsors the replay. During which, it went in reverse and mystified Heenan. HA!

At the entrance, Okerlund interviews NASCAR driver Mark Martin with Flair in front of the Ford Valvoline race car. According to Martin, Valvoline and Martin will give away the race car via sweepstakes. Check your local retailer for more details. Flair then vows to "run Syxx into the wall." 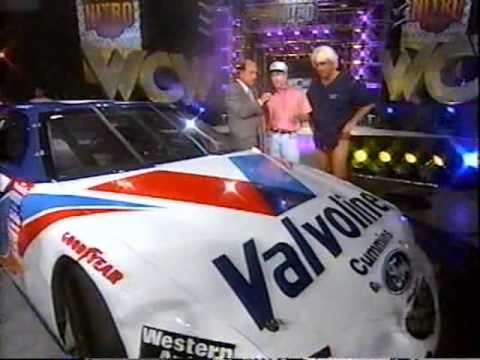 Lee Marshall then delivers the 1-800-COLLECT road report from “Nashville, TN." I, along with Heenan, hope that Marshall finds the Nash Trash bus and gets stuck on the tour.

We then revisit the encounter between Savage and DDP from last night.

Summary: More angle than match as I smell a Greene versus Mongo match at Great American Bash '97.

Next week, Nitro returns to its normal timeslot at 7:55pm ET. After a four-week hiatus, the Monday Night War resumes. Woohoo!

During the commercial break, Mongo finds Greene in the locker room, and they brawl.

Summary: This was more window dressing than match as the nWo regains its heat.

Hall gives Flair the Outsider Edge. Schiavone then informs us that due to the Mongo-Greene confrontation backstage the Horsemen (minus Flair) were ejected from the building. Nash then jackknife-powerbombs Flair as referee Randy Anderson enters but gets FLATTENED. When Nash gets on the microphone, he and Hall gleefully rejoice in their nefariousness.

After a commercial break, Eric Bischoff comes to the ring to discuss and inform Sting that he's "not worth a drop of (Hogan's) perspiration." As the Asheville faithful chant his name, Sting pops up through a hole in the ring and gives Bischoff the Scorpion death drop. The Asheville faithful come UNGLUED. What an awesome way to end the show.

Conclusion: Being one night removed from the PPV, WCW did its best to remain red-hot. From making things square between the nWo and WCW to enhancing the Sting-Hogan storyline to giving Greene the chance for comeuppance against Mongo, this show packed a tremendous wallop. GET ALL THIS! What’s on RAW is WAR?