Can Nitro top ECW’s PPV from last night? What’s next on the docket for Slamboree? Read on!

As the show begins, we revisit the nWo and DDP/Savage segments from last week.

While Schiavone and Zbyszko welcome us to the show, the nWo overtakes the broadcast table. Nash then gets on the microphone stating that Philly is “nWo country.” Before Luger can face Hogan for the WCW title, Nash uses the nWo trump card and wants a piece of him first. Unusually, they didn’t stay for play-by-play. 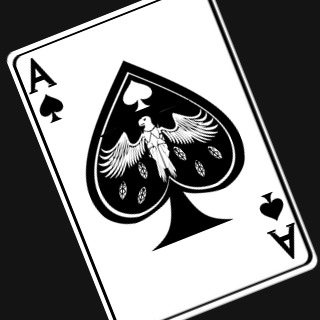 After the match, the Dungeon of Doom hits the ring, and both Sullivan and Jacqueline knee Benoit in the midsection while he’s tied to the Tree of Woe. Suddenly, Mongo and Jarrett run in to chase off the DoD.

In the ring, “Mean” Gene Okerlund interviews Benoit who refers to Sullivan as a “plague” and states that Sullivan’s career is running out of sunset.

Match 2 for the WCW US title: Dean Malenko (champion) versus Hector Guerrero

After the match, Eddie Guerrero comes to the ring to defend his brother.

Green Bay Packers defensive end Reggie White was shown sitting in the front row. According to Schiavone, White signed a contract with WCW to face Mongo at Slamboree. It’s Green Bay versus Chicago. Leinenkugel versus Old Style. Who ya’ got?

Summary: Too short to be nothing but a showcase match for Mysterio.

At the entrance, Okerlund interviews and ogles Luna Vachon who claims to be the #1 contender to the WCW Women’s title. She then mistakenly refers to Madusa as the champion since we all know that Akira Hokuto is the women’s champion. To wrap it up, Okerlund propositions her. Nice professionalism, Gene!

After the match, Syxx maintains the hold in order to stretch the rookie further but releases it before getting disqualified.

In the ring, Okerlund interviews “Nature Boy” Ric Flair, “Rowdy” Roddy Piper, and Kevin Greene. As the Philadelphia faithful chant “Rod-dy,” Piper compares the nWo to gorillas. Next, he performs a quick parody of Right Said Fred with respect to Bischoff. When Piper mentions that the rest of the nWo is “jumping out of the closet,” Schiavone can be overheard saying “Oh, my.”

As a former Hulkamaniac, Greene informs Hogan that he “stabbed (him) in the back.” Afterward, he compares the nWo to NFL rookies due to their lack of productivity. When Flair speaks, he relives wrestling history by mentioning Verne Gagne, Dick the Bruiser, and Angelo Poffo.

Summary: Hot crowd and a table spot get the love here. I’ll also add that High Voltage must have truly enjoyed being JTTS in the WCW tag division.

Summary: Showcase match for DDP as Konnan has apparently joined the J-O-B Squad.

After the match, Savage with Elizabeth instructs DDP for his wife to “quit calling (him).”Damn, that’s COLD. DDP then rushes through the Philadelphia faithful to get to Savage.

Ray Rhodes, head coach of the Philadelphia Eagles, was shown in attendance. In 1996, the Eagles finished 10-6 and achieved a wild-card berth.

Lee Marshall then delivers the 1-800-COLLECT road report from “Saginaw, MI.” When Lee gets to the Hoyt Library, he’d better not be seeking knuckleballs.

Afterward, Sherri tries to nail Debra with the Haliburton but hits the top turnbuckle instead. Regardless, the rebound of the turnbuckle shot causes Sherri to hit Debra with it.

Okerlund then interviews Jarrett and Mongo. For Slamboree, Mongo agrees to face Reggie White. While the Philadelphia faithful chants “Reg-gie,” Mongo calls them “losers” and subtly White a sell-out. Speaking of White, he hops the steel railing, enters the ring, and gets in Mongo’s face until WCW Security separates them. When Mongo spits in his face, White takes him down to the mat. This angle was infinitely better than the preceding match.

Afterward, DDP comes to the ring to save Luger, but the numbers catch up to him. Giant saunters to the ring, but Nash wields a lead pipe. Abruptly, Sting comes through the entrance wielding three baseball bats. When Nash takes a swing at Sting, he misses. Sting then takes him down with the bat as the rest of the babyfaces clear the ring.

Conclusion: The slow burn to Slamboree begins to smolder as the Mongo/White match has been added along with the six-man WCW versus nWo match. Next week, the result should materialize regarding Sting and his bat-men. Once again, the wrestling, though plentiful, took a back seat to the interviews and angles. What’s on RAW is WAR?