Can Owen win the European title? How will Austin act after his loss at WrestleMania XIII? Read on!

Prior to the opening bout, we revisit the dissension between the tag champs. Summary: Another great match between the brothers-in-law until the abrupt ending.

After the match, Bret gets between Owen and Smith and chastises the WWF audience for the fighting amongst the Hart family. He then tells them that he “needs” them. Next, he runs down some WWF history regarding the Harts and tells Owen how much he assisted him during his upbringing.

While Bret notes that he and Owen are the only two Harts with great wrestling talent, Owen tears up. When Bret tells Owen he loves him, Owen begins to cry. Bret then hugs both of them while giving the Peoria faithful a disdainful glare.

Summary: Great spots, but I guess selling isn’t a trademark of lucha libre.

After the match, Sunny consoles an emotional Lawler who’s still upset about the Hart family reunion.

In the ring, Ross interviews the Road Warriors. Animal then instructs the Harts not to besmirch America. As he claims that they’ll win the WWF tag titles at IYH XIV, Hawk states that they’ll knock the “doggie dumplings” out of Smith. HA! I cannot make this stuff up.

After the match, Honkytonk Man joins Jammes in the ring to ask him to be his protégé. As an incentive, he offers Jammes a “hair loom” in the form of a guitar. Jammes contemplates the offer, takes the guitar, and DESTROYS it. He then declines the offer.

The WWF Slam of the Week is Chyna’s interference in the Helmsley/Gunn match from last week.

Summary: Showcase match for the NoD.

A video promoting Ken Shamrock airs. Vince then shills a no-holds-barred exhibition by Shamrock next week on RAW is WAR.

We then revisit Bearer’s request to rejoin Undertaker as Mankind cried for his “Uncle Paul.”

In the ring, Bearer apologizes to Undertaker and states that he “held (him) back.” He then wants him to “come back home.” Undertaker then hits the ring. Do we have another reunion tonight? As Ross shills the WWF title match between Undertaker and Mankind at IYH XIV, he subtitled the show “Revenge of the Taker.” Revenge for what?

Undertaker then locks the casket before entering the ring. As he details his history with Bearer, he kisses and hands the WWF belt to Bearer. He then WALLOPS Bearer and saunters after him. When Undertaker grabs the urn, Mankind emerges from under the ring and hits Undertaker with a fireball. Mankind and Bearer then hug in ecstasy over their conspiracy. As Sid then chases them through the Peoria faithful, officials try to assist a blinded Undertaker backstage.

After a commercial break, Sid cuts a promo on Mankind from the locker room.

Prior to the next match, we revisit the ending to the Goldust-Helmsley match at WrestleMania XIII. Next, we again see Chyna’s interference during Helmsley’s match last week.

Summary: Did you truly anticipate a clean finish for this match?

After the match, Chyna gives Goldust a spinning heel kick. She and Helmsley then double-team Goldust until officials separate them. When Pat Patterson tries to keep Helmsley from attacking Goldust, Helmsley HAMMERS him. Patterson returns and brawls with Helmsley until Chyna breaks free to rescue her charge. Next, they double-team Patterson until Goldust recovers and gives Helmsley a back drop. Upon clotheslining Helmsley over the top rope to the floor, Goldust and Chyna stand face-to-face. Helmsley and Chyna then exit the ring to a chorus of boos.

We then revisit the reunion of the Hart family.

In the ring, Vince interviews Stone Cold Steve Austin who claims he never quit at WrestleMania XIII. He then runs down Bret to the delight of the Peoria faithful and states that he doesn’t care whether or not he receives cheers or boos. In addition, he notes that he won the King of the Ring tournament last year. When he drops the censored word “ass” a couple of times, the Peoria faithful eat it up with a spoon.

Like a chickenshit heel, Bret runs down Austin from the Titantron. When Bret mentions that he’s “finished with (him),” Austin rebuts that Bret would have “to kill (him) to be finished with (him).” Further, he informs Bret that he’ll make Bret even bloodier than Austin was at WrestleMania XIII. He then finishes his disparagement by creating a negative motto on Bret’s future tombstone. 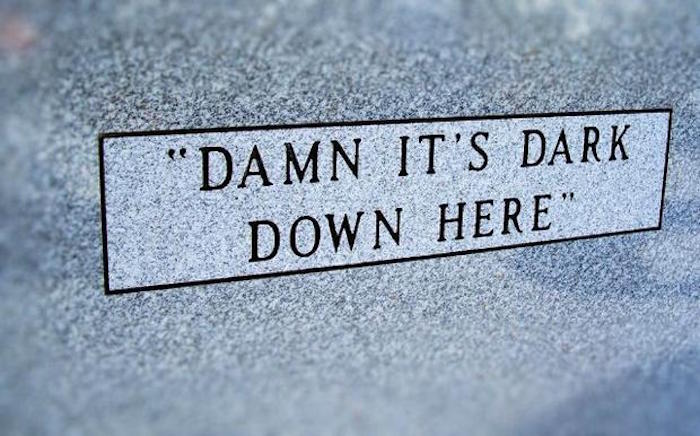 We then revisit last week’s episode when Bret attacked Maivia after a title defense.

After a commercial break, we again revisit the attack by Bret upon Michaels from last week.

Summary: This was a copycat move by the WWF as they put their rookie secondary champion in the ring with a heat-seeking ring veteran. While the suplexes by Maivia looked good, he still needs to improve quite a bit.

After the match, Austin hits the ring to attack Bret. Suddenly, Owen and Smith come to rescue Bret. The Hart family then triple-teams Austin until the Road Warriors chase the heels away.

Conclusion: The Hart family reunion adds some spice to the main event scene in the WWF. While the initial angle sells itself well, the payoff at the end of the program completes the circle. I truly enjoy Bret’s heel turn and look forward to the progression of his feud with Austin. On another note, the Undertaker angle with the fireball from Mankind fulfills the description of the upcoming PPV. Can RAW is WAR beat Nitro this week?

Who won? Nope, Nitro won by 0.7 this week. While dissension within the nWo was teased on Nitro, the compiling of the Hart family provided the better story this week. While Nitro will contain post-Spring Stampede aftermath, RAW is WAR will have Mankind versus Sid and Michaels for another interview. The war rages on…