Can the fallout from WrestleMania XIII cause a shift in the Monday Night War? Read on!

Opening montage with a bloody Austin tacked on the end of it. After the match, the champs shove one another until they begin to scrap. Officials separate them as Owen gets on the microphone. Upon claiming to be the “captain” of the team, he wants a shot at the European title. Smith replies by noting he beat Owen last month in Berlin to the delight of the Rockford faithful and accepts Owen’s challenge.

From a dark corner backstage, Mankind informs us that “he’s gone.” Apparently, Paul Bearer and Mankind have severed ties.

RAW is WAR is sponsored by Selsun Blue and Discovery Zone.

From the Titantron, Bret insists that he’ll get the proper amount of time to address his concerns. Vince promises him that as long as he keeps his language in check.

Prior to the next match, we revisit stills from last night of the Helmsley/Goldust match. According to Vince, Marlena suffered bruised ribs from being rag-dolled by Chyna. 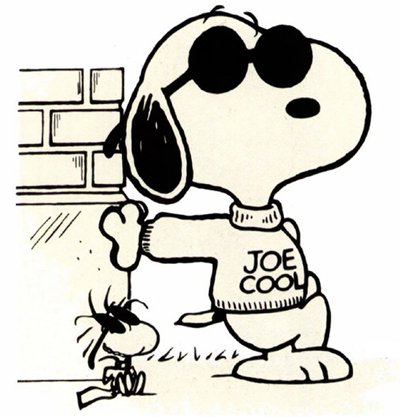 Summary: Pure definition of a spot fest with polite applause from the Rockford faithful.

Earlier tonight, Vince interviewed Rocky Maivia and his father Rocky Johnson. After discussing how proud he was of Maivia, Johnson promised not to interfere ever again.

Match 4: Flash Funk (w/ the Funkettes) versus the Brooklyn Brawler

After a commercial break, Vince interviews Ken Shamrock on the Titantron. Hopefully, he improves his promo skills as his WWF career progresses. In the ring, Ross interviews Bret who apologizes to his fans in Europe, Middle East, Asia, South Africa, and Canada. On the other hand, Bret refuses to apologize to the American fans. He then indirectly besmirches Michaels for posing in a “girly” magazine. On the contrary, he subtly refers to Playgirl as a “gay” magazine.

While the Rockford faithful chants “Au-stin,” Bret extensively runs down his most recent WWF run and brings up American “heroes” such as Charles Manson and O.J. Simpson. He then states that the American fans don’t respect him, so he doesn’t respect them. Summarily, he tells the American fans to “kiss (his) ass.”

The “Heartbreak Kid” Shawn Michaels emerges and runs down Bret. He then praises Austin’s effort from last night and calls Bret “mark man.” Next, he cites examples of freedom of expression and tells Bret “tough titties said the kitty.” Upon challenging Bret, he provides an American slogan. Bret then tells him to leave, but Michaels questions how Bret knew about Playgirl. Bret then attacks Michaels’ knee and hooks the figure-four leg lock around the ring post. While officials struggle to break the hold, Sid comes to the ring and chases Bret away. When Bret threatens to return, Sid badmouths him (albeit censored), and Bret retreats. What a heel turn and segment!

After a commercial break, we revisit the last segment.

After the match, Bret leaves the broadcast table and attacks Maivia. As he leaves, Cassidy gives him a thumbs up. I smell a pending match for RAW is WAR next week. After the match, Johnson challenges anyone from the NoD with the stipulation that if the NoD loses, they leave the WWF. At least, that‘s what I understood.

After a commercial break, Vince interviews the NEW WWF champion—Undertaker. Upon thanking his “creatures,” he also applauds Sid for last night. Next, Vince asks him about Mankind, and Undertaker calls Mankind “the most dangerous individual in the (WWF).” Suddenly, Paul Bearer comes to the ring, but Mankind calls for his “Uncle Paul.” WE’RE OUTTA TIME!

Conclusion: Save for a Bret heel turn and the breakup of the tag champions, this RAW didn’t offer much else. Conversely, isn’t it fascinating that both turns happened this week? Next week’s show should be interesting to say the least. Can RAW is WAR beat Nitro this week?

Who won? Nope, RAW is WAR lost by a half point. While that’s true, the Bret heel turn was the storyline of the week between the programs. I wonder what each show has in store for us next week.