Hosted by Eric Bischoff & the Outsiders

Continuing from the PPV, the nWo takes over Nitro. We then revisit the finish to the tag title match as the Steiners won thanks to uninvited official Randy Anderson. Speaking of Anderson, Bischoff summons him to the broadcast table, confronts Anderson, and questions him about his presence last night. When he finds out that Anderson “violated company policy,” Bischoff terminates him. Firing a man who battles cancer should be considered a crime in my book.

Next, Bischoff summons the Steiners to the broadcast table and strips them of the tag titles while returning them to the Outsiders. In the meantime, the nWo voiceover states “we are in control.” As Rick tosses his belt to Hall, Scott drops his like a bad habit. Rick picks it up and “breaks” the belt. While the Steiners go to the ring, Bischoff threatens a serious fine for their actions. I wish the Steiners would have tossed them into a cornfield instead. Summary: Good showcase match by the Steiners despite the botch. Also, Hall’s subtle breaches of kayfabe were intriguing.

After a commercial break, Tony Schiavone and Larry Zbyszko man the broadcast table for the remainder of hour #1. We then revisit stills from the ladder match from the PPV. Additionally, stills from DDP’s second “won’t get fooled again” moment were shown. 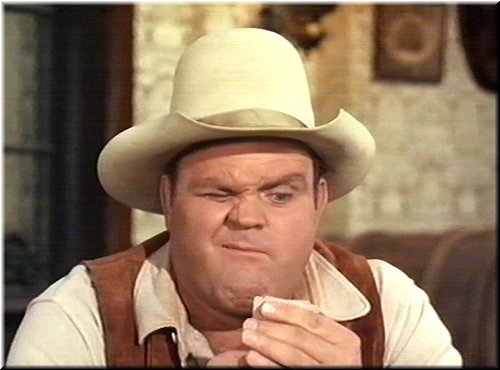 After the match, Giant challenges Hogan to a match TONIGHT!

Match 3 for the WCW US title: Eddie Guerrero (champion) versus Jeff Jarrett Summary: Good match with more angle development in the finish.

As Debra raises Jarrett’s hand in victory, Mongo drags her away from ringside as Zbyszko acts misogynistically. I wonder if he knows Bill O’Reilly.

Tony then broadcasts part of the main event match from Starrcade. Before the finish can be shown, the tape cuts out. All of a sudden, Bischoff emerges and SHUTS THAT SHIT DOWN.

On WCW Saturday Night, ahh, skip it this week. It sucks.

At the entrance, “Mean” Gene Okerlund interviews the Four Horsemen. After Flair (“Meeeeeeeeeeeeeeeeeeeeeeeeeean whoo Gene”) questions the whereabouts of Dan Gable, head coach of the University of Iowa wrestling team, he congratulates both Benoit and Woman on their comingling. Next, he informs Debra to follow Mongo’s orders for the sake of the Horsemen. Afterward, he tells a “fat boy” to shut up. Classic Flair.

Following that, Arn translates Mongo’s earlier message to Jarrett and pats Benoit on the back for his match against Taskmaster at the Clash. Further, Mongo crows about his earlier homerun while Benoit tells Taskmaster to “let go.” He then wants to face Morrus by himself tonight. Hmmm… 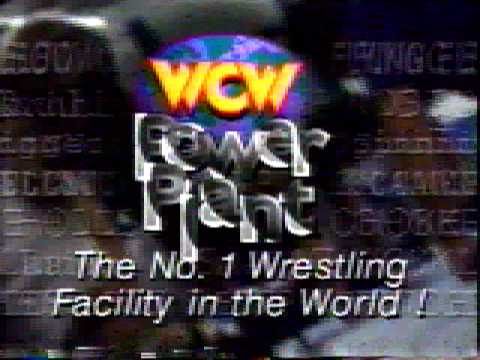 Summary: Showcase match for Luger. I hope Sarge made this jabronie do some serious squats for embarrassing himself on national TV.

After the match, Okerlund interviews Luger in the ring. Humbly, Luger speaks up for Giant and asks him to rejoin WCW.

Tenay and Heenan replace Zbyszko at the broadcast table. Lee Marshall then delivers the 1-800-COLLECT road report from “Memphis, TN.” Maybe they can paint him blue and kick him in the ribs before next week.

Match 7 for the WCW World tag team titles: The Outsiders (champions w/ Syxx) versus the Extreme

Summary: Showcase match for the champs.

After a commercial break, “the biggest ICON in wrestling” (a.k.a. “Hollywood” Hogan) comes to the ring with Bischoff and Elizabeth. Oddly, Elizabeth leaves before making it into the ring. After Hogan strokes his ego for a few minutes, he bungles the name of his upcoming movie Shadow Warriors. Don’t worry, you’re not missing anything with that flick. Nevertheless, Sting and “Macho Man” Randy Savage watch Hogan from the cheap seats. Hogan then accepts Giant’s challenge.

After a commercial break, a police officer provides a letter to Tony at the broadcast table. Tony informs us that Hogan will defend the WCW World title at SuperBrawl VII against “Rowdy” Roddy Piper.

Miss Texas leaves ringside with Taskmaster and Hart. At the entrance, Okerlund interviews Taskmaster who claims to know her while Hart calls her “trouble.” Miss Texas then wants to come to Taskmaster’s side and calls Woman “a fugitive from a fat farm.” OUCH! To finish the interview, she wants to give Taskmaster “comfort.”

Although the live feed missed it, Benoit hit a diving head butt during the disruption at ringside.

During a commercial break, an ad for the WCW Power Plant airs. Someone notify Ron Powers.

Before the main event, Hogan gets on the microphone and wants to destroy both Giant and Piper.

Summary: Did you expect a finish when there wasn’t one at the PPV? I thought not.

After the match, the Outsiders double-team Giant until Luger hits the ring wearing a WCW t-shirt. Luger and Giant stand face-to-face with them as Nitro leaves the air.

Conclusion: While the matches were somewhat meaningless, the Bischoff-is-boss storyline coupled with the ongoing Taskmaster-Benoit saga made Nitro entertaining. What’s on RAW?

Prior to the first match, we visit footage from Madison Square Garden on 1/25 as Johnson and Savio Vega faced the Nation of Domination. Ultimately, Vega guillotined his own partner allowing the NoD to win. WE HAVE A HEEL TURN! 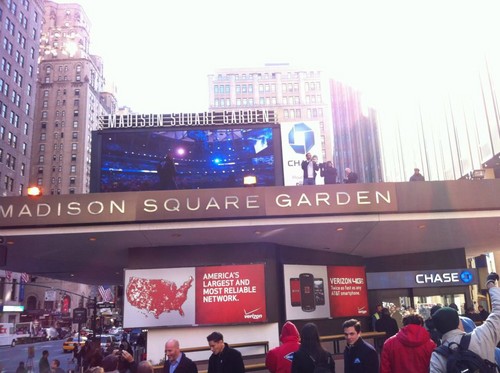 On Shotgun Saturday Night, Sid CREAMED Crush with a steel chair. Hopefully, it was flavored.

Match 1: Ahmed Johnson versus Crush (w/ the Nation of Domination) 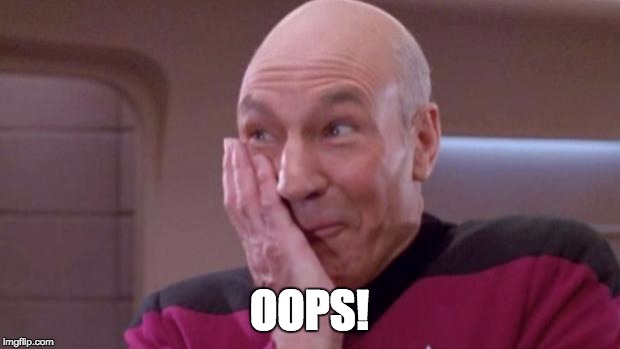 After a commercial break, we revisit Faarooq’s ambush of Johnson followed by the heart punch.

As the Beaumont faithful chants “We Want Shawn,” Vince interviews the WWF champion in the ring. He then mentions Thursday RAW Thursday on 2/13 when Michaels defends the WWF title against Sycho Sid. They then discuss the Fatal 4-way match at the PPV as Michaels refers to Vader as “tons of fun.” HA!

Vince then brings out Austin who has Ross interview him from the aisle. After cutting a promo on all three wrestlers in the ring, Austin baits them before retreating smartly. He then mouths off to Vader who stood at the entrance with Bearer.

The Western Union Rewind was the ambush by Faarooq earlier in the show. Gee, I guess they didn’t want you to miss that segment.

RAW is sponsored by Western Union.

Summary: The match served as an appetizer for the tag title match at the PPV.

We then return to MSG as Johnson gave Faarooq and Crush consecutive spinebusters. When Johnson returns to his corner, Vega turned on him allowing Faarooq to deliver the Dominator for the victory.

On Shotgun Saturday Night, Pettengill interviewed Vega who stated he lost his temper, didn’t join the NoD, and beat up Rocky Maivia. After the match, the NoD joined the pummeling of Maivia. They must be ribbing him for his fanny pack.

As the Godwinns make their entrance, footage aired from the Toronto Skydome as Tiger Ali Singh, son of Tiger Jeet Singh, joined the WWF.

Summary: Elements of WWF Attitude were the sole highlights of this match.

As Vince shilled IYH, Johnson tosses one of the members of PG-13 into the trunk of a car and takes a swing with a 2x4 before the car pulls away.

Conclusion: The only worthwhile portion of the program was the Michaels/Fatal 4-way interview. The rest of this show was skippable at best and AWFUL at worst. Did it stand a chance against Nitro this week?

Who won? Nope, once again, RAW lost by more than a full ratings point. While heaven knows what will happen on Nitro, RAW will emanate from Toronto and rebroadcast the Rumble match.