Before the program begins, the Outsiders have hit the ring and already demolished High Voltage and the Nasty Boys with chairs. In case you didn’t know, Nitro started at 7:55pm ET to get the jump on RAW. Instead of joking around, Nash menacingly intimidated Tony and Zbyszko then mentioned the triangle match at World War III noting that the Nasty Boys were just left laying. As Nash bullied Tony, Hall referred to the Faces of Fear as “islanders” and wanted to “slap the coconut breath” out of them. C’mon, Scott, that’s unnecessary.

The Outsiders then walk backstage but get ambushed by the Faces of Fear. While Meng rams Hall into a table, Nash tosses a trash can at Barbarian. The fight then spills outside the arena to close the segment.

After a commercial break, we audibly revisit the chair shots delivered by the Outsiders to the Nasty Boys. Meanwhile, Tony chastises Zbyszko for not standing up for him and leaves abruptly.

Summary: The luchadors busted their ass to get the Florence faithful to their feet, and it worked.

After a commercial break, a promo for Ultimo Dragon airs.

Summary: Good preview of what these two could do on PPV. Malenko had him, but since this is Nitro, they found a way to keep Ultimo Dragon strong rather than submit to Malenko’s finisher.

We then revisit last week’s episode when Harlem Heat faced the Amazing French Canadians, but it ended when Sister Sherri almost got her hands on Parker.

Summary: As the downward spiral of the Males’ team continues, the plot thickens as their lack of chemistry worsens.

While one of the ham’n’eggers in the audience plays with his LJN figures of Piper and Hogan, Zbyzsko refers to their pending match-up as “match of the century.” Last week on RAW, the Austin-Bret match was dubbed the “match of the decade,” so WCW took it one step further.

According to Tenay, the nWo hacked the WCW web site, but WCW has regained control. Cybersecurity wasn’t much back in ’96, I guess.

After the match, “Mean” Gene Okerlund interviews Luger in the ring. In the meantime, Sting comes through the crowd, enters the ring, and pushes Luger with his baseball bat. He then gives Luger the bat and leaves the ring. A confused Luger ends the interview immediately.

The nWo music plays, and Hogan with his entourage comes to the broadcast table and intimidates Bischoff.

At the entrance, Okerlund interviews DDP. Once again, the Outsiders interrupt. This time, they have Giant and Syxx with them. Giant wants to “punk” DDP, but the Clique won’t let him in on the joke.

Summary: The Jarrett push continues due to Flair’s influence.

In the ring, Okerlund interviews Jarrett with Flair. Beforehand, we revisit last week’s show when Sting dropped Jarrett like a bad habit. Flair then drops the “Meeeeeeeeean Gene” for us as only Slick Ric can do. Meanwhile, Sting watches from the rafters as Flair pulls rank on the other Horsemen to the betterment of Jarrett.

Summary: This is more like the initial series of matches these guys had. To say it was good would be putting it mildly.

After a commercial break, Bischoff is in the ring and wants to apologize for Hogan’s antics. He also promises to make Hogan-Piper a reality. Suddenly, Piper’s music plays, and Bischoff is perplexed. Piper makes his entrance to a healthy standing ovation. As the Florence faithful chants “Roddy,” Piper is PISSED OFF and calls Bischoff a “liar.” 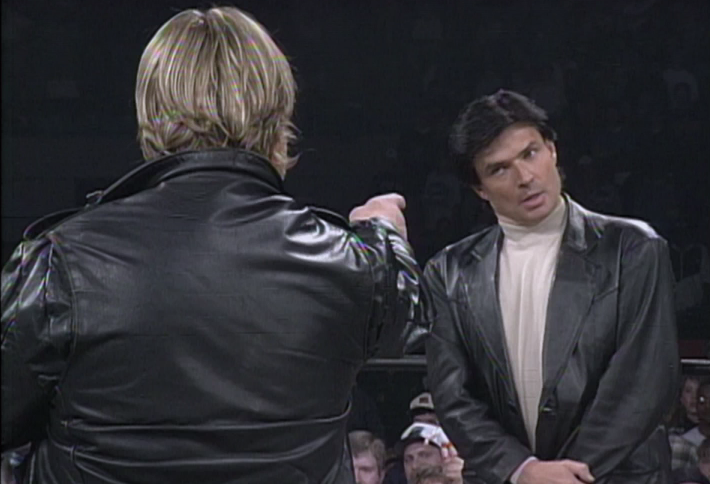 When Piper tries to get the truth from him, an intimidated Bischoff doesn’t remember. As Piper calls him a “piece of shit,” Giant hits the ring to manhandle Piper. The rest of the nWo comes to the ring and wrangles Piper.

Surprisingly, Hogan gives Bischoff a hug. BISCHOFF HAS JOINED THE nWo! Hogan then runs Piper down on the microphone as Piper tries to get his hands on him to no avail.

Tenay and Heenan are in disbelief as security keeps Piper at bay. At the PPV, Piper will have a contract to fight Hogan.

Conclusion: Wow! Just when you thought you knew where WCW was going, they veer off in a direction that shocks you. This is definitely a must-see episode. RAW has no chance against it, but what can they deliver?

Prior to the first match, we revisit Survivor Series when Yokozuna injured Vader.

Summary: Great brawl that forecasted the upcoming (or is it now in progress?) Attitude Era.

After the match, Mankind and the Executioner double-team Austin until the Undertaker arrives to even the odds. Unhappy that he received some relief, Austin clotheslines Undertaker over the top rope to the floor. Undertaker returns, but Austin leaves to fight another day.

Catch the replay of Survivor Series on PPV tomorrow night!

Moments ago, we get the reverse angle of Austin’s clothesline that sent Undertaker over the top rope to the floor.

Meanwhile, Ahmed Johnson is in the stands as Sunny makes her entrance and will be the guest ring announcer for the next match.

The Akklaim Slam of the Week is Rocky Maivia’s debut at Survivor Series. 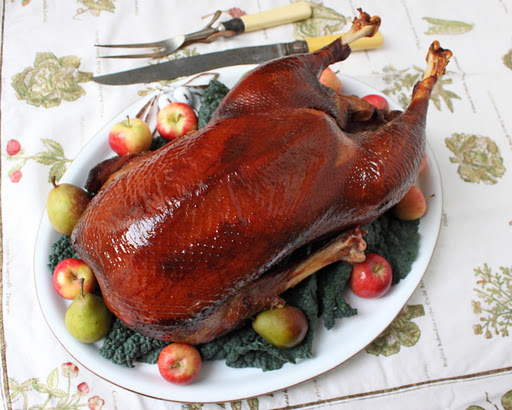 After the match, Johnson flips a member of PG-13 over his shoulder to obtain the 2x4. He then chases the rest of the Nation of Domination from the ring with it. Johnson grabs the microphone and runs down Faarooq with “You’re going down” as the New Haven faithful chants it with him. Johnson then seeks out Faarooq in the crowd to close the segment.

The Milton Bradley Karate Fighters Holiday tournament continues with Mr. Bob Backlund versus Sunny. After an insane promo by Backlund, Sunny ignores Backlund’s attempts to cheat and beats him to advance. According to the bracket, the elusive Mr. Perfect faces Sid while Sable challenges Sunny in the semifinals. Who’s going to win? You decide!

RAW is sponsored by FootAction USA, Snickers, and Starburst.

Back in the locker room, Ross preps the NEW WWF Champion Sycho Sid for his interview later.

We then revisit stills from the title match last night. Considering Lothario is still alive as of this writing, I will not acknowledge the fake heart attack crap that played into the outcome. Nevertheless, Vince touts Michaels for his selfless act last night. Did he just apologize to Michaels for doing what he had to do for business?

Promo for the replay of Survivor Series. Call your cable operator now!

In the ring, Ross interviews Sycho Sid who has zero remorse for his actions against Lothario last night. Sid then grants Michaels a rematch. Be careful what you wish for, Sid. After saying he’ll be a fighting champion, Sid states that he’ll end Bret’s comeback at the PPV. Quite the shades of grey there.

Conclusion: In spite of the great opener, this show fell off a cliff soon thereafter. Next week’s show with Bret-Owen sounds good on paper though. Let’s see if they can execute.

Who won? RAW had ZERO chance of winning with the Bischoff surprise turn on Nitro. Also, Nitro’s jump-start at 7:55 kept prospective RAW viewers away.