Prior to the first match, we revisit last week’s episode when Benoit and Mongo dismissed Jarrett as a Horseman while Sting listened from the cheap seats. Despite getting dissed, Jarrett mentioned that Sting “fumbled the ball.” Famous last words.

Summary: Sports-entertainment finish to a match that could have gone either way. I guess Sting didn’t fumble there, Jarrett.

After the match, Woman tells Benoit that Jarrett’s “WCW,” and he should help Jarrett. Jett has to separate them before any further violent tendencies transpire.

After a commercial break, a long-haired guy with a plain vanilla envelope interrupts Tony and Zbyszko. He then leaves the envelope on the broadcast table as Doug Dillinger and other security officers escort him away. Kids, do NOT try this at home.

Tony opens the envelope from “Ken McDade”, and it’s a tape about Piper. Seriously?

Following a commercial, according to Tony, Dr. James Andrews performed shoulder surgery on Flair’s left shoulder. Specifically, Dr. Andrews informed us that Flair had a torn rotator cuff and will be out roughly four months. Mark your calendars for March 1997!

Summary: Your side of vegetables is ready---SQUASH CITY!

At the entrance, Okerlund interviews DDP. We then revisit last week’s episode when the Outsiders assisted DDP with his victory over Ice Train. According to DDP, he used to manage Hall and wrestle in a tag team with Nash. Suddenly, the Outsiders appear and attempt to recruit Page. On the other hand, DDP notes that he’d be #8 if he joins. No dice. Nash rebuts with Page living on the same street as Bischoff. That’s COLD, brother. Page takes exception so Nash rescinds the offer. Hey, I would take exception too since the jabronis with cajones have known one another for several years. Sheesh!

On WCW Saturday Night, Tony listed a ton of talent appearing on the show. Program your VCR now! What he didn’t reveal was a rematch between Chris Benoit and Hector Guerrero. Hopefully the latter sticks around a little while.

Summary: At the beginning of the match, the St. Pete faithful were sitting on their hands. But by the end, they were standing on their feet applauding. Great match!

After the match, Malenko notices Psicosis behind him. I think he told him that Halloween was a couple of weeks ago since Psicosis left so abruptly.

After a commercial break, Tony shills wcwwrestling.com. The nWo minions then lead the Outsiders and Syxx to the ring. Syxx has a Cable ACE award. They then threaten to take over the award show this weekend. Following that, Hall then shills nwowrestling.com as Nash cracks a joke about Zbyszko’s Hawaiian shirt and wants to convert the show to nWo Monday Nitro. Finally, Hall plugs the Cable ACE Awards on TNT.

Summary: Better than I thought it would be, but that’s not saying much.

We then revisit the initial portion of the show (for those of you who watched RAW) when Sting dropped Jarrett like a bad habit.

In the ring, Okerlund interviews Luger who apologizes to Sting.

According to Bischoff, he was supposed to meet Piper in Toronto, ON last week, but it didn’t happen. This week, he hopes to talk with him tomorrow in Los Angeles. Does Albuquerque mean anything to this guy? If you’re unsure of my reference, stay tuned!

Summary: More storyline progression than anything else. Moving along… Summary: The plot thickens between Jericho and Patrick.

Summary: Amazing yet spotty debut for Perez here. We should be seeing more wrestling from him in the near future.

In the crowd, DiBiase and Vincent, holding an nWo t-shirt, call out Sting hoping to recruit him.

Summary: More angle than match here although Barbarian has been bringing the goods lately.

After the match, Hart gets on the microphone and questions the WCW executive committee about the Nasty Boys’ receiving a tag title shot at World War III when they’re not part of WCW. Good question, but Bischoff regrettably notes that they’re still under contract. Anyway, Hart requests a triangle match to include Faces of Fear in the mix. Bischoff smells what Hart’s cooking.

The Piper video from 1992 plays. Enjoy! This is meant for MTV not Nitro. Pass the wine ‘cuz this is CHEESY.

To close the show, Hollywood Hogan, along with Elizabeth dressed as one of Santa’s helpers, come to the ring. Giant, DiBiase, and Vincent also join him. After Hogan calls out Piper, he poses for the nWo-ites.

Conclusion: Exciting first hour followed by a waste of time during the second hour. Definitely check out that Mysterio-Ciclope match though. What’s on RAW? Is RAW even on?

Since last week’s episode was so controversial, RAW was almost CANCELLED by the USA network. I wonder how the WWF can top that episode with the go-home show for Survivor Series. Let’s find out.

Before the first match, we revisit RAW from three weeks ago when Michaels came to Sid’s rescue against the tag champions. Next, we revisit RAW from two weeks ago when Sid came to Michael’s rescue nailing Michaels (intentionally?) with his elbow in the process. Following that, we revisit last week’s debate as Michaels grabbed the chair Owen used to wallop Sid. Upon seeing Michaels with the chair, Sid believed Michaels nailed him. Can they trust one another to become tag champions?

Also, before the first match begins, Vince apologizes for last week’s show to which Austin states “that’s pathetic.” Austin then calls out Bret. 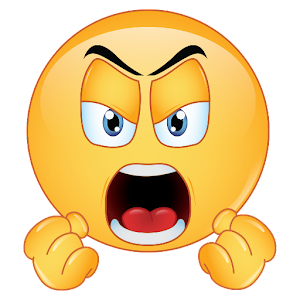 Summary: Great use of the tag team formula match as it encompassed the friction between Michaels and Sid.

After the match, Michaels comes to Sid’s aid by shooing Smith from the ring but then eats an enziguri from Owen shortly thereafter.

Call the WWF Superstar Line to find out who the mystery partner will be at Survivor Series.

After a commercial break, we revisit what transpired earlier just in case you were watching Nitro.

Back in the locker room, Kevin Kelly informs us that Michaels and Sid were sent to separate locker rooms. I smell a lover’s quarrel.

Meanwhile, Kelly is ready to interview an IRATE Sid who practically breaks down his locker room door.

RAW is sponsored by Levi-Strauss, Lego-Mania, and M&M’s.

After the match, Undertaker’s music plays as the shark cage containing the upside-down mannequin of Bearer lowers. Undertaker, who can be heard but not seen, cuts a promo on Mankind, Bearer, and the Executioner. In response, Mankind nails the shark cage a couple of times.

On Saturday, the WWF Hall of Fame Ceremony takes place at the Marriott Marquis. Inductees include both Killer Kowalski and the Valiant brothers among others. Yes, folks, the “Boogie Woogie Man” is in the WWE Hall of Fame. You can sleep well now.

Afterward, a vignette for Rocky Maivia aired. With utmost certainty, Maivia is “jacked” for the upcoming PPV match. He then introduces his father Rocky Johnson at the Cauliflower Alley Club.

Back in the locker room, Sid destroys anything in his path. Look out below!

After a commercial break, Kelly interviews Sid in the locker room and calls what Michaels did a “mistake.” Sid LAMBASTES him for saying that then vows to take the WWF title from him on Sunday albeit not in so many words.

Backstage, Austin cuts a promo on Holly and Bret.

Kelly then interviews Michaels in the locker room who cuts a rather heelish promo on Sid.

Back in the locker room, Austin doesn’t want to beat up Bret for free; thus, he reserves it for the “match of the decade.” Isn’t that Hogan versus Piper?

Conclusion: Entertaining show with a good opener. Other than the apology at the beginning, there was ZERO mention of last week’s angle. I guess they won’t be doing anything like that again anytime soon. Did the lack of unadulterated violence help RAW beat Nitro this week?

Who won? Nope. While the opening tag match had viewers toggling between the programs, Nitro took over afterward beating RAW by a full point again. With the post-Survivor Series RAW already featuring an Austin-Vader match, I wonder what Nitro will do next week to oppose it.