Prior to the first match, we revisit last week when the nWo NASCAR Chevy was revealed.

From the broadcast table, Executive Vice-President Eric Bischoff addresses the nWo situation. He calls the biggest mistake he made in WCW--bringing in Hogan. Wow! He then says their shenanigans are going to stop.

Summary: Very quick match where the champs didn’t allow either Guerrera or El Technico much offense.

After the match, Rock tosses El Technico outside the ring. As Grunge places him on the table, Rock delivers a somersault senton through him and the table. They then leave through the crowd.

After the commercial break, in the locker room, Tenay interviews Benoit, Mongo, and Debra.

“Not anymore” states Hogan as the nWo celebrates at the Marriott with six-year-old Nick Bollea. Judging by Nash’s antics, the drinks are definitely flowing.

Tenay then attempts to interview Savage by the entrance, but Savage no-shows. The Cleveland faithful are not pleased.

In an ad for Slim Jim, Savage shills the Slim Jim sweepstakes. Flair, standing with two women, tries to enter the sweepstakes, but Savage rebuffs him. If the Cleveland faithful is able to see this, they won’t feel cheated.

Summary: Quite the confusing finish.

“Not anymore” states Hogan who greets the Nasty Boys who join the party. After Nash quotes some Warren Zevon lyrics with Nick Bollea in a werewolf mask, Sags mocks Bischoff by literally talking out of his ass. Uh oh…I’m thinking that’s not in the script.

Back in the locker room, Tenay interviews Arn Anderson with Woman and Elizabeth. Arn and Woman take Elizabeth to task about her recent behavior, and Elizabeth says “it’s complicated.” Sternly, Arn gives her the “you’re in or you’re out” ultimatum.

Summary: WCW had a not-so-clever reason for Armstrong to wrestle here. I’ll reveal it later.

Backstage, Arn and Woman are still arguing with Elizabeth. It must have been the great Miller Lite debate.

After a commercial break, Bischoff exits the broadcast. What’s up with that?

Summary: Jericho’s offense was better in this match than it was against Enos last week. Unfortunately, he lost to the guy with the match against Luger at Halloween Havoc.

Backstage, Elizabeth leaves the arena with something in hand. According to Tony, Bischoff has also left the arena. Perhaps he’s going to fire Sags?

Summary: B-O-R-I-N-G match and a waste of time.

After the commercial break, Tony introduces the Sting Chevrolet Monte Carlo for the Busch Grand Nationals as an apology to the franchise of WCW.

Summary: Elongated squash for the members of the Dungeon of Doom. While I was a fan of the Rock’n’Roll Express in 1986, seeing them in 1996 wasn’t a good thing. Their act was beyond stale.

After the match, Faces of Fear put the boots to Gibson until Public Enemy runs in. After Barbarian dispatches Rock over the top rope, they destroy Grunge’s left knee. I hope they’re OK for their match against Harlem Heat on Saturday.

During the commercial break, we get a promo for Halloween Havoc. Here’s a portion of the card:

Summary: This could have been so much better than it was.

Before Nitro leaves the air…

“Not anymore” states Hogan who has Elizabeth with him. I take it that Hogan’s trying to get her movie roles since she has a contract in hand. Meanwhile, Vincent brings in a wrapped gift. She then leaves the room as Savage catches up to her and yells “son of a bitch” twice as he chastises her.

Conclusion: Without that Malenko-Wright match, this show would have been worse than last week’s show, and that’s saying something. At least, Glacier wasn’t here. Nonetheless, I hope RAW is better than this stuff.

As the show begins, we get snippets of Ross’ soliloquy from last week followed by the “return” of Razor Ramon and his brief brawl with Vega.

Summary: Terrible match. I feel bad for Austin because it wasn’t his fault.

After the match, both Lawler and Austin double-team Roberts until Vega comes to Roberts’ aid with the leather strap.

Mankind and Paul Bearer cut a promo in the graveyard. Mankind actually utters: “If I build it, he will come.” Somewhere, Kevin Costner wasn’t thrilled.

Backstage, Ramon prepares for his upcoming match alongside Diesel.

Helmsley, on his third take, comes to the ring and challenges Mr. Perfect. It’s called acting lessons, Paul. Look into them.

RAW is sponsored by Playstation.

Match 2: The Grimm Twins versus the Godwinns (w/ Hillbilly Jim)

Summary: The match was merely a backdrop for the Perfect-Helmsley angle.

Dok Hendrix narrates a segment on the exposure of Jeff Jarrett. We then get a video of Jesse James singing “With My Baby Tonight.” So THAT’S why Brad Armstrong lost on Nitro. His brother Brian was on the other channel.

Summary: The bickering between Monsoon and Ross overshadowed this match; however, this version of Ramon is definitely lower quality. In case you’re wondering, yes, Diesel was portrayed by the former Isaac Yankem a.k.a. Glenn Jacobs.

After the match, Ramon gives Vega the Razor’s Edge then Diesel delivers a jackknife powerbomb. The Hershey faithful was NOT thrilled.

Back in the graveyard, Undertaker cuts a promo on Mankind.

Prior to the next match, we revisit the ending to the Intercontinental title match. According to Kelly, Faarooq gets his rematch against Mero for the title at IYH XI.

As Michaels makes his entrance, we see his participation in a “Rock the Vote” campaign in Manhattan last Saturday.

Summary: Once again, Vader beats Michaels in a tag match. What will that lead to?

After the match, Vader tries to deliver another Vader bomb, but Sid runs in and gets in Vader’s face. Goldust then runs in, and all four men brawl as the show leaves the air.

Conclusion: While the main event tag match was at least exciting, this program blew chunks. Ross’ bitter attitude was a nice change of pace, but it was annoying to hear him bicker with Monsoon. Constantly referring to the competition doesn’t make you better than it. I hope next week’s show is better than this.

Who won? All I have to say is this: 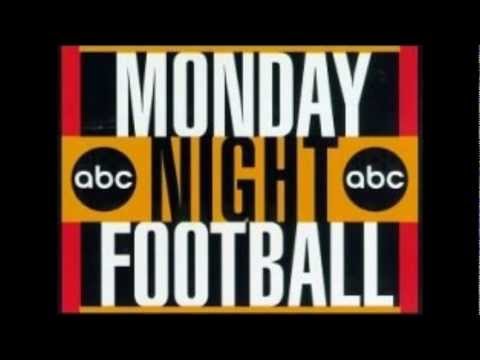 Neither promotion tried to compete against the Monday Night Football game. It was THAT obvious.

Stay tuned for week 55 of the Monday Night War!