Who will be in the main event? Will Booker T retain against La Parka? Will Jericho retain against Super Calo? Will DDP retain his title or will Raven have something to say about it? Who will win the Luger-Bagwell match tonight? Let’s thaw this out and get crackin’!

In the ring, the Nitro Girls dance in white while Zbyszko mentions Steve Olsonoski and salutes the Minneapolis faithful.

Summary: Showcase match for Dragon, but Lane got the hometown rub from the Minneapolis faithful.

More Bret! He wants to win the World title. Someone give him “a fair shot.” 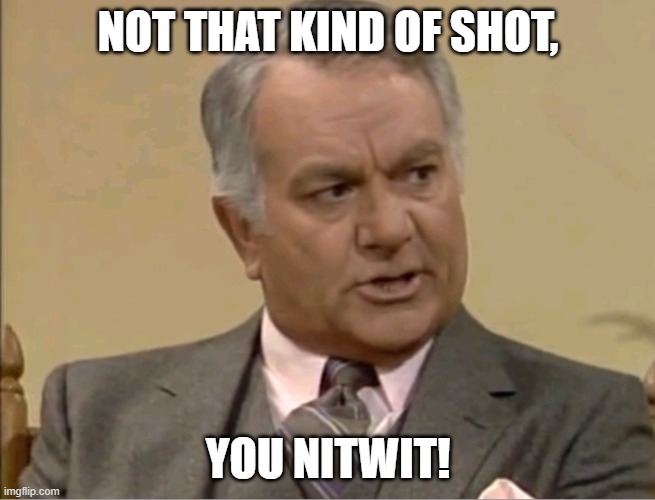 Back in the locker room, Okerlund interviews “Rowdy” Roddy Piper who promises a Nash-Hogan match TONIGHT. In doing so, he wants to rid the wrestling world of Hogan. Speaking of Hogan, he lays out Piper, and Disciple deals Piper an Apocalypse in the hallway. Methinks this was pre-recorded.

When we return LIVE to Minneapolis, Okerlund interviews Giant who refers to Disciple as Grizzly Adams. He threatens to turn either Nash or Hogan into a “popsicle.”

Summary: Chavo keeps improving, but he didn’t factor Grunge’s weight into his physics.

STARBURST ROAD REPORT: Thunder will be in Fargo, ND on Thursday. Get your tickets NOW!

Nash emerges through the entrance and enters the ring. When he stated that Hogan “ran out the back door,” it’s because Hogan “wants no part of Big Sexy.” He hasn’t seen Randy Savage this week and challenges Sting to a rematch. Beckon the Stinger, and he appears. Sting enters the ring followed closely by James J. Dillon. As Sting grabs the microphone, he accepts Nash’s challenge.

Summary: The hot crowd from the North hates the not-so abominable Snowman while their “king” Benoit wins his tune-up match for the PPV.

What’s with all this talking? You want to win the ratings battle? Shut up and go to the ring!

Summary: Back and forth kicking and punching match until the bogus finish. The Minneapolis faithful ate up the charisma in the ring.

After the match, Luger grabs Bischoff and places him in a Torture Rack much to a raucous ovation. Methinks Bischoff’s former customers from his meat truck days have turned on him. Nonetheless, BPP storms the ring and nails Luger. Both Bagwell and BPP double-team Luger until Rick Steiner arrives to chase them away.

More Bret! He advises Savage to get rid of Hogan, Nash, and the nWo.

At the entrance, Nitro Girls dance in black.

Rick Mitchell from nowhere in particular won a Nitro party pack, yet his video didn’t pass through customs.

Prior to the next match, Jericho accuses Calo of being Prince “Nakamaki.”

Summary: Solid match with an upset tease mixed in to maintain the audience.

After the match, Iaukea storms the ring, but Jericho scrambles like Fran Tarkenton out of the ring and hightails it backstage. Smarmily, Jericho tries to make us believe that Iaukea has a “twin brother.” HA!

Before the next match started, Kidman pleaded with Saturn and Hammer not to fight. Simultaneously, they threw Kidman down to the mat.

Summary: So much for a quick feud as Saturn made Hammer tap and fizzle out. The match had its moments, but the Minneapolis faithful clocked out.

Summary: Showcase match for Goldberg with the added twist of an innovative spot. Goldberg is 72-0.

After the match, Saturn emerges, and Goldberg waves him forward. Raven runs to catch up with Saturn to pull him back. Kidman attempts a cross body block, but Goldberg catches, military-presses, and drops him. Immediately upon seeing Sick Boy enter the ring, Goldberg spears him. Kidman eats another spear, and the Minneapolis faithful ROARS for Goldberg. To close the segment, Goldberg informs Saturn that he’s “next.”

60 SECONDS WITH GOLDBERG: Highlights of his previous 71 victories are shown.

Nitro Girls dance at the entrance in black again. Schiavone mentions Rick Mitchell for a second time and identifies him from Lyon College. I’ll bet their mascot is a tiger. Nevertheless, Mitchell’s video is shown. I bet these guys regret sending these in nowadays.

Summary: Showcase match for Hennig as Nagata never had a chance in Minnesota.

After the match, Henning and Rude double-team Nagata, and Rude handcuffs him to the top rope. Better late than never, Jim Neidhart strolls out to chase Hennig and Rude away. An agitated Onoo questions where security is.

Summary: Showcase match for Booker T who’s ready for Benoit at the PPV.

After the match, La Parka brings his chair into the ring, but Benoit jumps in to steal it away from him. Benoit and Booker T lock eyes, and the latter offers a hand in friendship. Instead of shaking his hand, Benoit shoves Booker T down. They go nose-to-nose before cooler heads prevail. 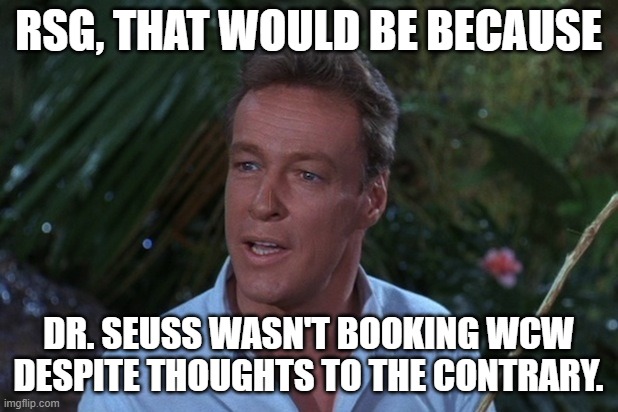 Summary: Showcase match for DDP who’s ready for Raven at the PPV.

After the match, Raven has a microphone at the entrance and subtly refers to ECW as a “carnival freak show” and attributes his ECW tenure to DDP’s lack of concern. With the Flock at ringside, DDP launches a plancha to take them out. While the Flock triple-teams DDP, a fan jumps out of the stands and mugs Raven. Two shows in a row? Immediately, security removes the interloper.

Summary: Each Steiner seems to be getting a push. Could they be on a collision course?

Once again, we revisit the Viper “accident.” Video featuring the nWo airs.

Despite Savage’s shoulder and knee injuries, he’ll be challenging for the World title at the PPV. Will he face Sting or Nash? Let’s find out!

Summary: Not as great as last week, and Sting is ripe for the picking.

Afterward, Bret brawls with Nash and applies a Sharpshooter. Konnan and Vincent arrive to double-team Bret but get rebuffed. BPP storms the ring to attack Bret. As Nash jackknife-powerbombs Sting again, the nWo fails in their attempt to double-team Bret. BPP suffers an inverted atomic drop and gets clotheslined down to the floor. More nWo members hit the ring, but Bret fights them off. With Sting still down on the mat, Nitro leaves the air.

Conclusion: Same old, same old from WCW. Don’t you think with Austin versus McMahon on the other channel that you’d also try something original? Despite playing to the Minneapolis faithful with all of the Minnesota natives on the roster, the show didn’t feel like a go-home show for a PPV. WCW needs to raise their game, or they’ll start losing to the WWF. Or have they already?