How will Austin respond to Mr. McMahon’s demand of a more “corporate champion”? What antics will DX spring upon the WWF? Can Owen defeat the Rock to regain the Intercontinental title? What’s that? An intergender match? Let’s carve into the WWF!

Mr. McMahon heads to the ring to a chorus of boos followed by “Au-stin” chants. As he mentioned that he dropped the charges on Austin last week, McMahon says that Austin learned “his lesson…the hard way.” Instead of the beer-drinking hell-raising Austin, he promises “a new and improved…Austin…in this very ring.” He guarantees it or will give your money back. The Syracuse faithful serenade him with another “Au-stin” chant.

Prior to the opening match, a video featuring Severn airs.

DX hits the ring to cut a promo, and JR dubs Waltman “X-Pac.” Also, according to JR, Michaels is at home convalescing and has no comment on the new DX. While HHH lives up to his promises, Road Dog claims youth and strength within DX. X-Pac subtly disparages WCW and touts DX with some Will Smith flavor. HHH finishes the promo calling his group the “DX Army” and makes a sexual combat joke.

Following a commercial break, DX accosts a backstage worker and spray-paints everything in sight. HHH hurls the worker straight into the fence backdrop. Is this DX or the nWo?

RAW is WAR is sponsored by Starburst and WWF: The Music Volume 2.

Summary: Showcase match for Blackman or perfect timing for a snooze? You decide!

After the match, Lee returns from backstage and introduces Jeff Jarrett. Instead of emerging through the entrance, Jarrett sneaks through the Syracuse faithful and CREAMS Blackman with a guitar.

Backstage, DX comes across the motorcycles owned by the Disciples of Apocalypse. HHH “triple-dog-dare(s)” his army to “whizz” on them. Of course, they chuckle and douse the bikes at the same time.

Sorry, folks, I didn’t create this show, but the previous 30 minutes have NOT been entertaining.

BOP IT SLAM OF THE WEEK: Last week, the Road Warriors demolished Los Boricuas with a Doomsday Device.

Video featuring the destruction of Cactus and Charlie from last week airs.

An injured Cactus Jack sits in the ring and cuts a promo on DX. Upon informing us that Terry Funk isn’t here, Cactus addresses Austin’s name being mentioned during the post-event gratitude. He describes the dilemma of the fans asking, “Why don’t you just be Cactus Jack?” and demonstratively screams that he gave us Cactus Jack. Next, he disgustedly mentions his lying injured on the mat while the fans chanted for Austin last week. He asks for a “group apology” but doesn’t hear one. Before exiting the ring, he says “it’s gonna be a long time before you see Cactus Jack in the ring again.”

HOT TAKE: Although the Syracuse faithful sat on their hands, this was an emotional and great promo, and it improved the show that has been limping along. What’s next for Mick Foley?

We revisit last week’s episode when Rock overtook Faarooq as the NoD’s “ruler.” Earlier today, Faarooq and the Rock brawled in the parking lot while the rest of the NoD annihilated Faarooq with weapons and rammed him face-first into a tractor-trailer truck. Faarooq was left a beaten man.

Prior to the next match, the Rock drops a “finally” line for what I believe is the first time. Regrettably, it doesn’t sit well with the Syracuse faithful.

Match 3 for the WWF Intercontinental title: The Rock (champion w/ the Nation of Domination) versus Owen Hart

After the match, DX celebrates their accomplishment at the entrance.

Mr. McMahon returns to the ring accompanied by two of Syracuse’s finest and introduces Stone Cold Steve Austin. Incredulously, Austin emerges wearing a suit and a baseball cap. As Mr. McMahon urges him not to climb the turnbuckles to salute the Syracuse faithful, Austin surprisingly conformed.

Austin describes questioning himself when he occupied a jail cell last week. In fact, he said “hell no” regarding being able to beat Mr. McMahon. He requests a picture taken of the two of them, and an officer captures it. When Austin briefly channels his old spirit, the Syracuse faithful rejoices. He asks Mr. McMahon to get the film developed because “this is the absolute last time you will ever see Stone Cold Steve Austin wearing a ridiculous suit.”

He flings the jacket down to the floor, unbuttons his button-down to reveal an Austin “Wanna raise some hell?” shirt. Upon dispatching the slacks and tie into the crowd, Austin belts Mr. McMahon down SOUTH i-81. He takes the camera, snaps a picture of a pained Mr. McMahon, and yells to the Syracuse faithful that he “don’t change for nobody.” This is FAR from over in a good way. Excellent segment!

Following a commercial break, the DoA head to the ring and call out DX for a match TONIGHT.

Summary: Intergender matches needed a pilot, so here you go. 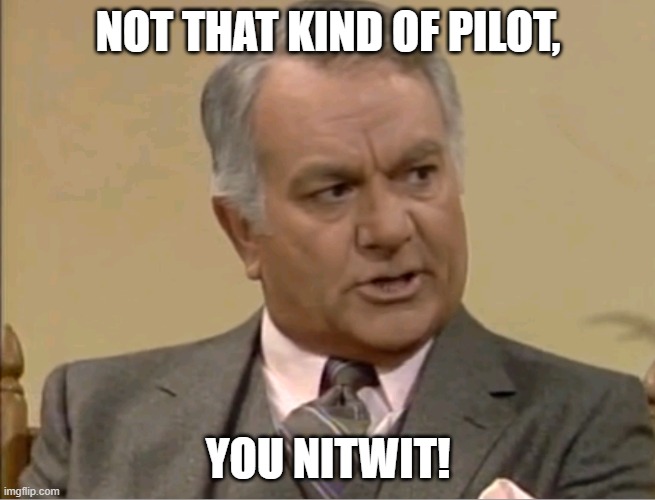 Summary: If WCW can have one gang rule its show, then the WWF will have two—DX and the NoD.

After the match, the Rock distracts Shamrock so that Henry can nail him from behind. Henry locks on a belly-to-belly suplex and drops an elbow. Once the rest of the NoD joins him, Henry splashes Shamrock. D’Lo Brown mounts the top turnbuckle and unravels a frog splash onto Shamrock. Rock finishes the segment by cutting a promo on Shamrock.

Prior to the main event, Undertaker approaches the ring. Kevin Kelly interviews him, and Undertaker accepts the challenge for the inferno match at the PPV. Paul Bearer and Kane emerge on the Titantron from a graveyard and cut a promo on him. Next, Kane destroys the tombstones with a sledgehammer, pours gasoline on them, and ignites the scene. According to JR, “he’s desecrating his own parents’ grave.” The Bearer/Kane portion of this segment was completely unnecessary if not vile.

Summary: Tag formula scripted the match, but DoA isn’t a main event tag team. In effect, they were mere fodder for the WWF’s newest faction.

After the match, DX grabs chairs and WAFFLES DoA with them. Chyna and XPac get involved before HHH decimates Chainz with a chair shot to the head. Billy piledrives Chainz on a chair, and DX ties him to the top rope. Once he’s prone, the Road Warriors storm the ringside area to save Chainz’ bacon. A significant war breaks out to end the show.

Conclusion: OK, I get it. DX is the latest faction, and they will run roughshod over the WWF. Their defeat of DoA only served to make them better but not elite. On the other hand, the NoD looks much stronger with the Rock at the helm.

The true highlight of the show was the banter between Austin and Mr. McMahon. Not to be cliché, but it’s a license to print money. I bet the live show next week will further the angle and benefit RAW tremendously.

Could RAW finally overcome Nitro in the ratings?

Who won? No, but if they had shown a worthwhile main event, they would have beaten Nitro. WCW destroyed RAW with its main event match. How will the WWF counter next week?