What’s new with Austin this week? What will transpire when Michaels calls out the Undertaker? And what does Cornette have planned for us? Let’s find out!

Outside the arena, Stone Cold Steve Austin plans to “raise hell” before hell can be raised upon him.

Match 1: Ken Shamrock versus Faarooq (w/ the Nation of Domination)

Summary: Of course, this leads to Shamrock’s challenge to the Rock at the PPV, but the New Haven faithful were too occupied with their New Year’s resolutions.

After the match, Faarooq questions Kama’s intentions while the Rock and Shamrock get face-to-face in the ring. Suddenly, Austin hits the ring and supplies both Shamrock and the Rock with Stone Cold Stunners. That woke up the New Haven faithful.

Following a commercial break, Jim Cornette is in the ring with Howard Brody and Dennis Coralluzzo of the National Wrestling Alliance. Brody and Corallluzo will “anoint” the winner of the next match as the NWA North American champion. 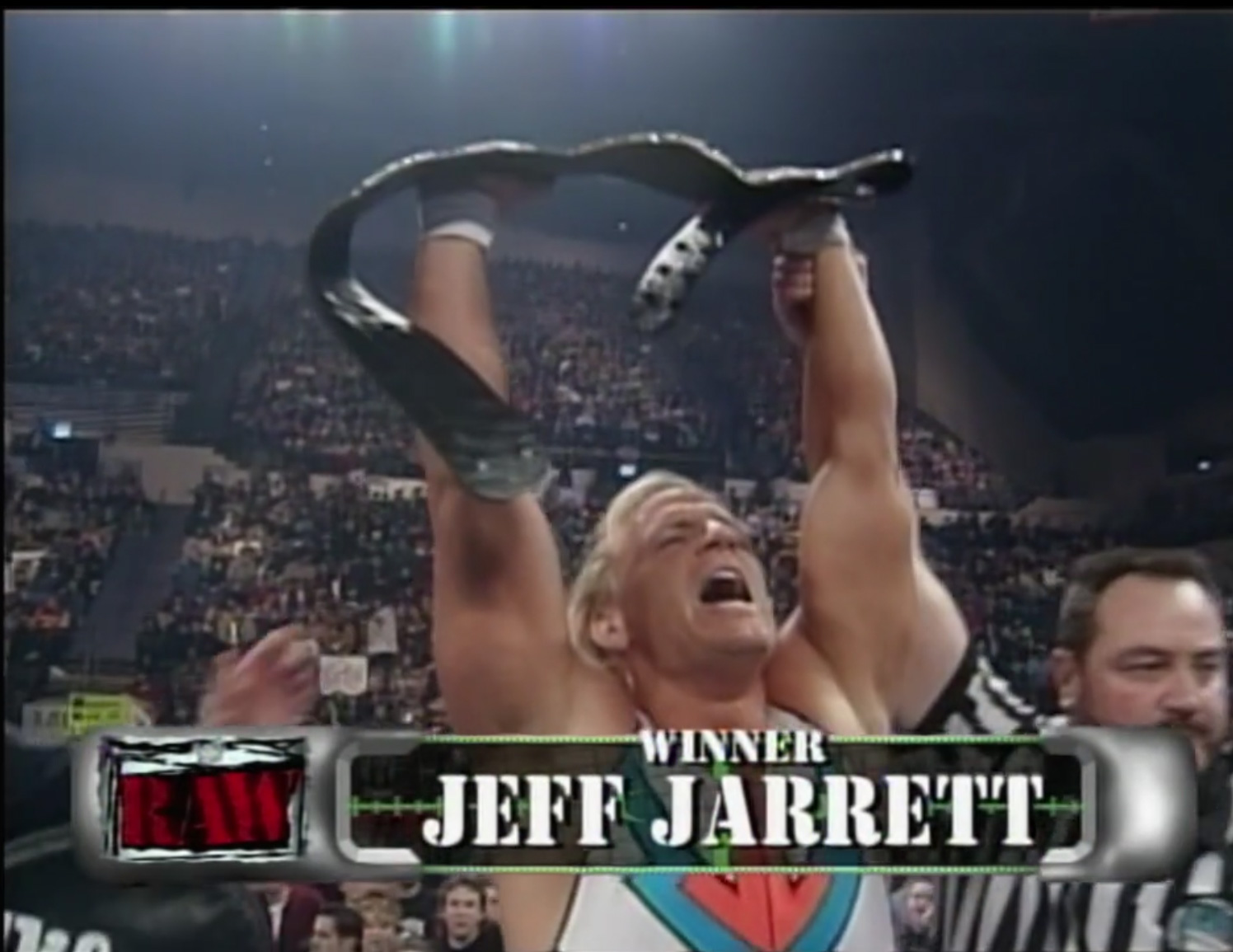 Summary: Although Jarrett was the North American champion, Dan “The Beast” Severn was the NWA World champion.

After the match, Austin hits the ring again, and Jarrett becomes recipient #3 of the Stunner.

Sunny comes to the ring wearing a schoolgirl outfit and is the guest ring announcer for the next match.

Match 3: The Disciples of Apocalypse versus the Truth Commission (w/ Jackal)

Summary: Not even the tag formula could save this dreck of a match.

Afterward, Kurrgan enters the ring and lands a big boot to Skull. He then applies a Paralyzer (claw hold) to 8-Ball. To try to polish this turd, Jackal leaves the broadcast table to control Kurrgan.

D-Generation-X (DX) comes to the ring with HHH in a wheelchair. After we revisit last week’s episode when Owen came THIS CLOSE to winning the WWF title, HHH cuts a promo on him. From the Titantron, Owen wants him 100% healthy before he injures HHH’s left knee. At least we know he won’t kick his leg out from his leg.

1-800-COLLECT SLAM OF THE WEEK: From Shotgun Saturday Night, Vader delivers a moonsault to Julio Sanchez.

Summary: Owen brought his arsenal to the ring, but Vega didn’t hang with him very well.

After the match, Owen stormed from the ring to attack DX, but Los Boricuas caught him on the ramp. They then bring Owen to DX and hold him so that HHH can slap him. HHH then compensates Los Boricuas like a capo.

A disheveled Paul Bearer came to the ring while we re-revisit the 2-on-7 demolition of the midcard by Undertaker and Kane. As he wishes that Michaels “destroy” Undertaker at the PPV, Bearer “lost (his) Kane.” He then pleads Kane to return to him.

Back in the locker room, Austin exits, and Mark Henry appears to be his latest victim.

Summary: The love triangle between Mero, Sable, and Brandi is NOT what wrestling fans want to see. Conversely, Austin is just what the doctor ordered.

Prior to the next match, we revisit Austin’s rehoming of Goldust with Crapper 3:16. 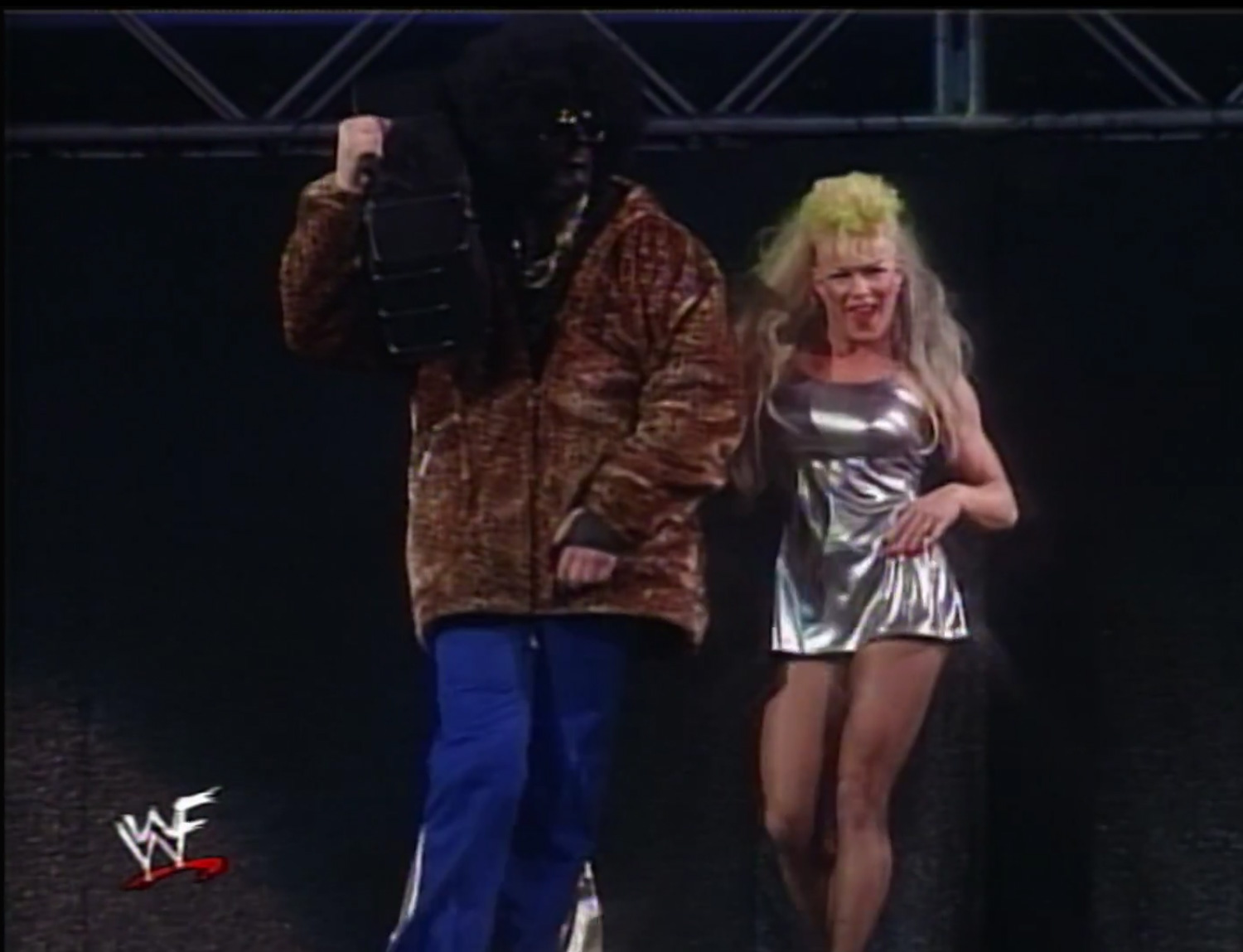 After the match, Goldust hits a Curtain Call to Funk, but Vader storms the ring and creams Goldust with a running body block. Goldust and Luna hightail it backstage to escape.

Following a commercial break, we revisit last week’s episode when Chainsaw Charlie made his debut much to the dismay of the New Age Outlaws.

Summary: Another dreadful match as some of the action did NOT look crisp.

After the match, Chainsaw Charlie and Cactus Jack emerge, and the NAO flees.

From Fort Lauderdale, FL, boxing promoter Don King announces that he is working diligently to have Mike Tyson at WrestleMania XIV on 3/29. 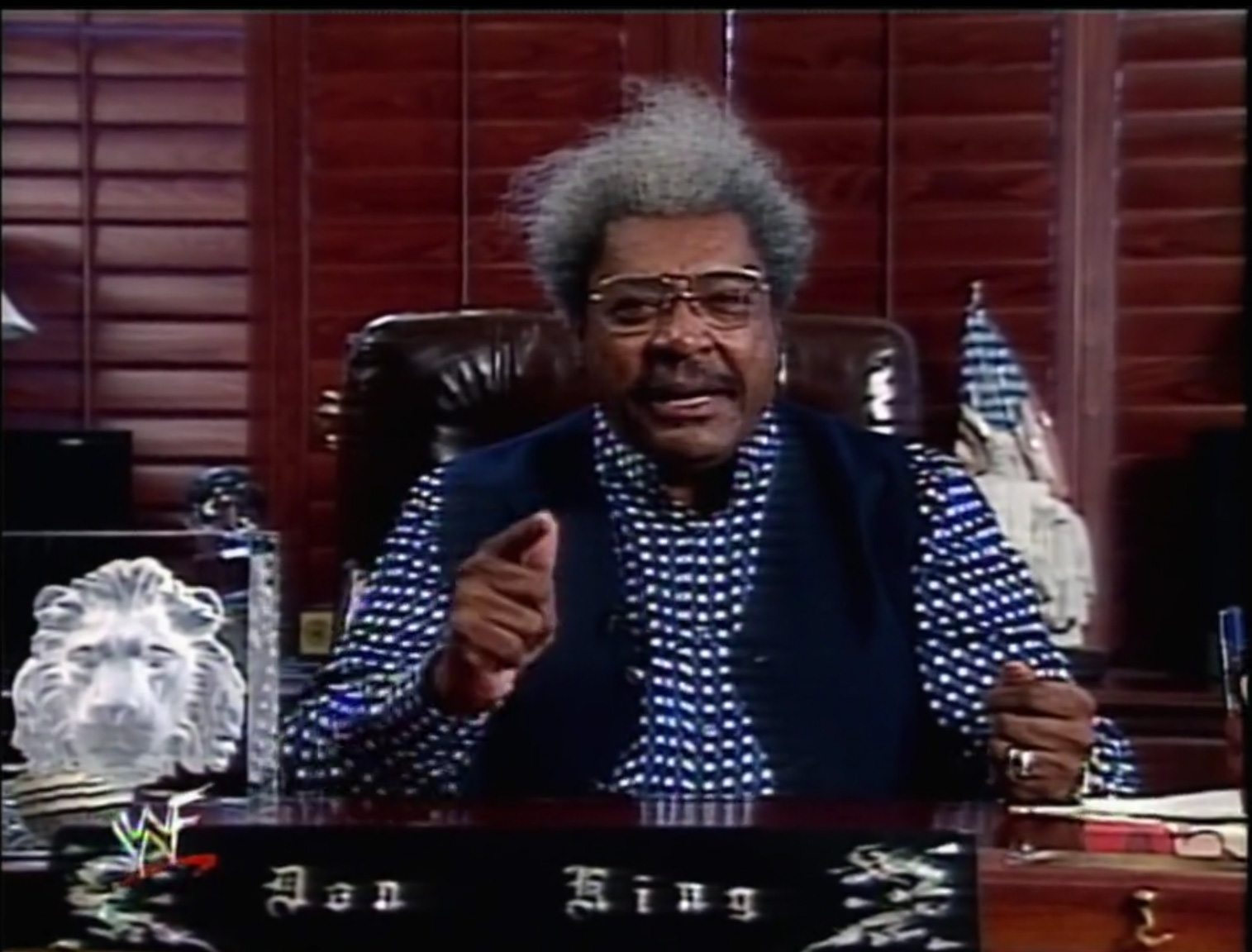 Speaking of WrestleMania XIV, the countdown is 12 weeks. Mark your calendars!

We then see highlights of the Hell in a Cell match from Badd Blood. Please see my reflection here. If that isn’t a backhand at WCW for not showing the Sting-Hogan stuff, I don’t know what is.

When we return to New Haven, Michaels comes to the ring and cuts a promo on Undertaker and calls him out. Druids then wheel a casket toward the ring, and Michaels believes that HHH and Chyna lurk within it. When Michaels summons them to rise from the casket, HHH and Chyna emerge through the curtain instead. Michaels notices them and wonders who’s in the casket.

Suddenly, Undertaker explodes from the casket to attack Michaels. He then pulls Michaels into the casket with him to close out the show.

Conclusion: Unfortunately, a taped RAW is still drastically different from a live episode. Hence, the quality of the show suffers while the timing improves. Nevertheless, a main event angle in lieu of a match is NEVER a good idea. With that being said, none of the matches were worth a darn despite Jarrett’s new title.

Obviously, the highlight of the show was Austin’s frequent appearances to demonstrate who’s the #1 draw for the WWF., but could it finally overcome Nitro in the ratings?

Who won? Nope, Nitro won by almost a full ratings point. My suggestion to the WWF would be to put Mike Tyson ON TV rather than jerk us around. On the other hand, I would recommend to WCW to stop shooting itself in the foot and best of luck to Thunder.