What’s the big story with the now? What’s this new show everybody’s been talking about? With WCW in its own backyard and me in attendance, what could possibly happen? Let’s find out!

BIAS WARNING: As I mentioned, I attended this show, so my ratings of the matches may be affected.

To begin the show, a pair of black limousines pull up to the stadium. While “Hollywood” Hogan, Nash, Bagwell, Norton, Vincent, and Konnan emerge from the first, Eric Bischoff, Savage, Curt Hennig, “Ravishing” Rick Rude, Scott Hall, and Elizabeth exit the other. Is there tension in the air?

According to Schiavone, the footage for the remainder of last week’s main event exists but cannot be shown. Why? Schiavone states it’s due to a “court injunction.” If RAW is WAR was on, you’d bet many viewers would have switched at this moment.

At the entrance, “Mean” Gene Okerlund interviews Chairman of the Executive Committee JJ Dillon. According to Dillon, Sting remains World champion. He also apologizes for leaving the air early due to “programming constraints.” On Thunder, the footage will be shown. Aha! Also, the finish to the World title match at Starrcade ‘97 will be shown on Thursday.

HOT TAKE: While I will explain more in my Thunder reflection, the ploy to build an audience for Thunder while sacrificing Nitro is counterproductive. With the entire country plugged into Nitro, WCW shouldn’t sell off its hottest commodity to a new show. The new show needs some sensationalism but not at the risk of the bread and butter.

We then revisit last week’s episode when Jericho threw a tantrum and took it out on the ring post with a chair.

Prior to the opening match, Jericho grabs the microphone and apologizes for his actions last week. He then presents ring announcer David Penzer with a replacement chair and tuxedo jacket. Wow! Afterward, he ensures that his temper won’t get the better of him again.

After the match, Jericho has SNAPPED. 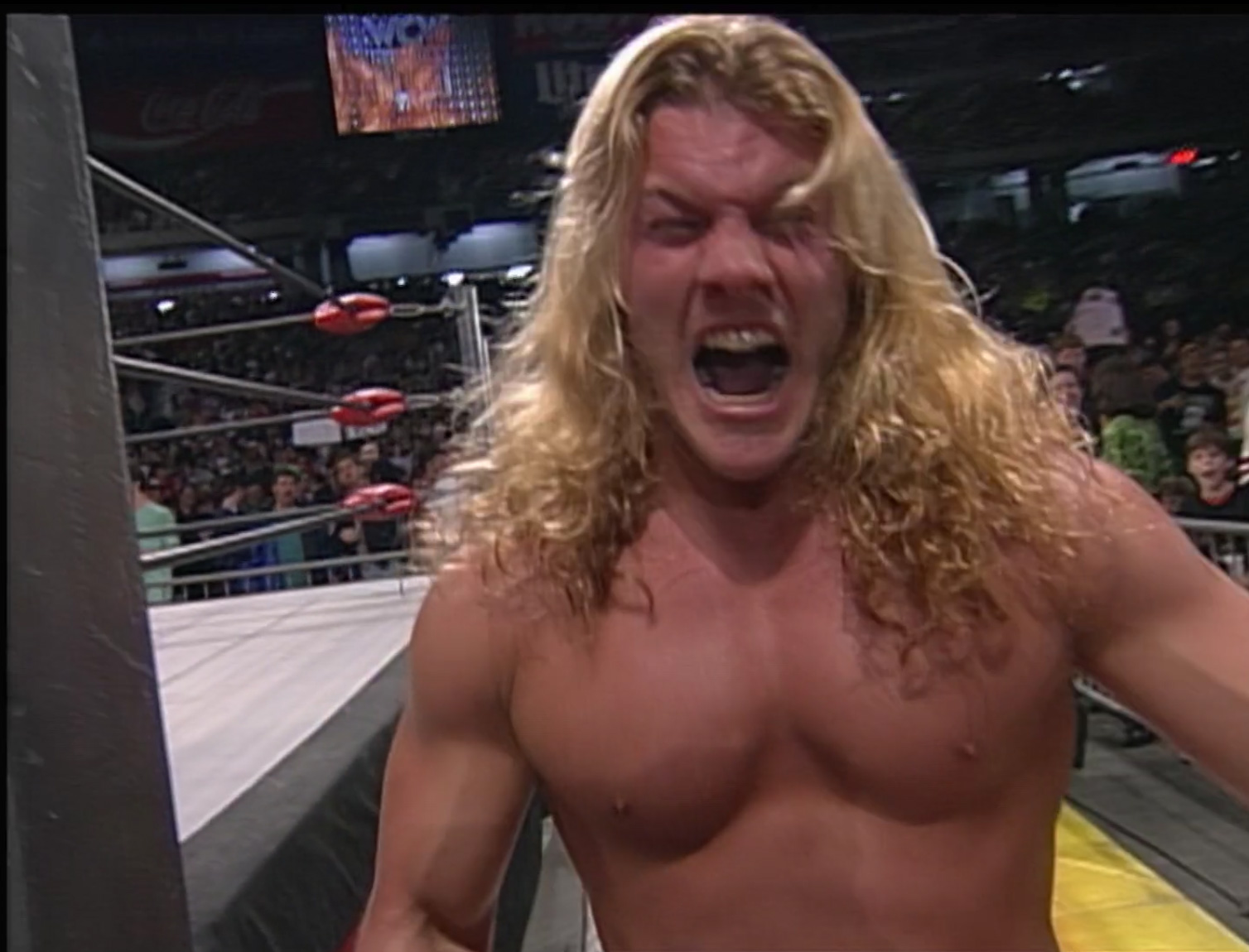 At the entrance, Okerlund interviews WCW executive vice-president Nick Lambros who reads a statement. Within it, the statement declares that violators of WCW policies “are subject to fine, suspension, or both.” Furthermore, this statement applies to both WCW and nWo wrestlers.

While it may appear obvious, WCW executives work across the street at CNN Tower, and I believe we may see a violator or two in the near future.

On WCW Saturday Night, Meng and Fit Finlay do battle. Also, Booker T defends the World TV title against former champion Disco Inferno. In a return match from this show, DDP defends the US title against Jericho. The same thing can’t happen twice, can it?

In the ring, Okerlund interviews Bischoff. The nWo, according to Bischoff, is JUST FINE. Next, he mentions that Hogan beat Sting both at the PPV and the following Nitro. He then lies about beating Zbyszko, but Okerlund accuses him of using a foreign object. When Bischoff mouths off some more, Zbyszko stands up in his defense. The Zbyszko-Bischoff match from the PPV will be shown on Thunder. Makes ya want to tune in, right?

We then revisit the 4/7/97 episode when Hogan and Nash stood eye-to-eye.

We then see stills from the PPV of the controversial World title match.

Summary: More than likely, this was the script for the PPV as dissension between the Steiners was teased. It appeared that Konnan didn’t take the screwdriver properly probably due to fear of getting injured.

Among the Atlanta faithful, the Nitro Girls dance while wearing silver. Next, a Nitro Party tape is shown. 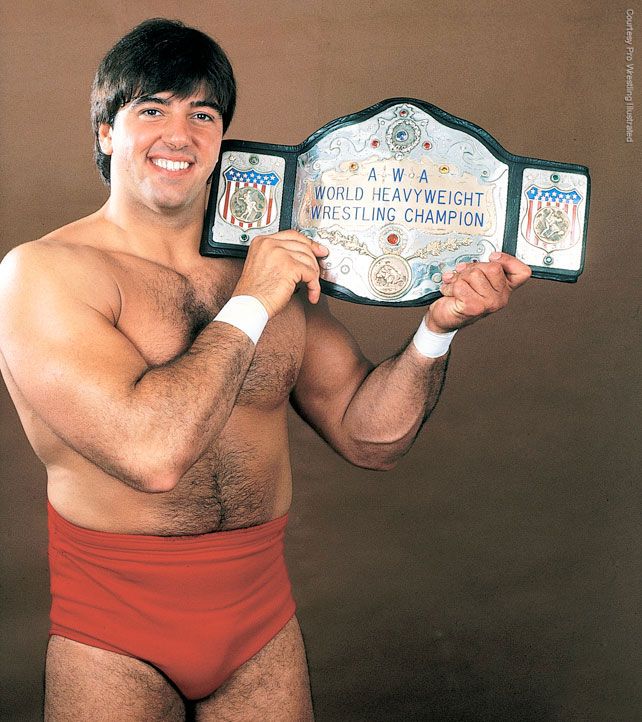 Nitro Girls dance at the entrance in black and white.

Prior to the next match, we revisit last week’s episode when Mongo rescued Benoit from the Flock.

Summary: Despite Mongo being on defense, this match didn’t have enough sizzle. As you would expect, the Flock cheated to keep the Benoit storyline going.

In the ring, Okerlund interviews “Nature Boy” Ric Flair who uncorks a “Meeean Woooooooo Gene.” Flair “takes issue” with Bret, and guess who appears? Yep, it’s Bret. Flair challenges Bret to quote his catchphrase, and Bret complies. After Flair rattles off wrestling legends, Bret subtly mentions that he’s beaten Flair in the past. I smell a challenge!

Nitro is sponsored by Snickers.

Summary: Surprise! Surprise! Surprise! It’s a new year, and Nitro gives us a clean finish to its main event. Although the start of the match provides us with a bad vibe, the rest of it flows well and tells a good story. And thank God, Luger wasn’t facing Bagwell AGAIN.

After the match, Savage sends Luger to the floor and makes him HIT THE POLE. He then grabs both ring announcer David Penzer and his chair. Upon tossing Penzer down the aisle, Savage holds the chair over his head until Bischoff runs in and takes it from him. Unfathomably, Savage decks Bischoff! With Bischoff OUT COLD, Hogan comes to the ring and shoves Savage. When Savage slaps Hogan, Nash HAMMERS him.

While the nWo regroups to plan their attack of Luger 4-on-1, Sting sprints to the ring to join Luger. As the program leaves the air, Sting and Luger clean house.

Conclusion: Could the nWo be falling apart? This episode would lead you to believe just that. It was a nice change of pace to have a clean job in the main event for the first time in forever. Also, Flair and Bret don’t see eye-to-eye, so a match may be in the works. Although Mongo joined Benoit, they couldn’t get the better of Raven’s Flock. Both Martel and Nord made their Nitro debuts, but I believe this was Nord’s sole Nitro appearance. A Steiner break-up was teased while Konnan may have had to take the pin due to his PPV no-show. Guerrera earned a title shot while Booker T retained his title. And we can’t forget about Jericho making a fool out of himself for our entertainment.

Lastly, Thunder was mightily PLUGGED, and I look forward to bringing you my reflection soon. What’s on RAW is WAR?