How will Owen fare against DeGeneration-X? What does Austin have in store for Goldust? And what type of major announcement will be made? Let’s find out!

To begin the show, TAFKA Goldust comes to the ring dressed as Baby New Year alongside Luna. He cuts a rather odd promo on Stone Cold Steve Austin stating that while Goldust can be Barbie, Austin can be Ken. Austin enters the ring, grabs the microphone, and summons something from the ceiling. Is it Sting? 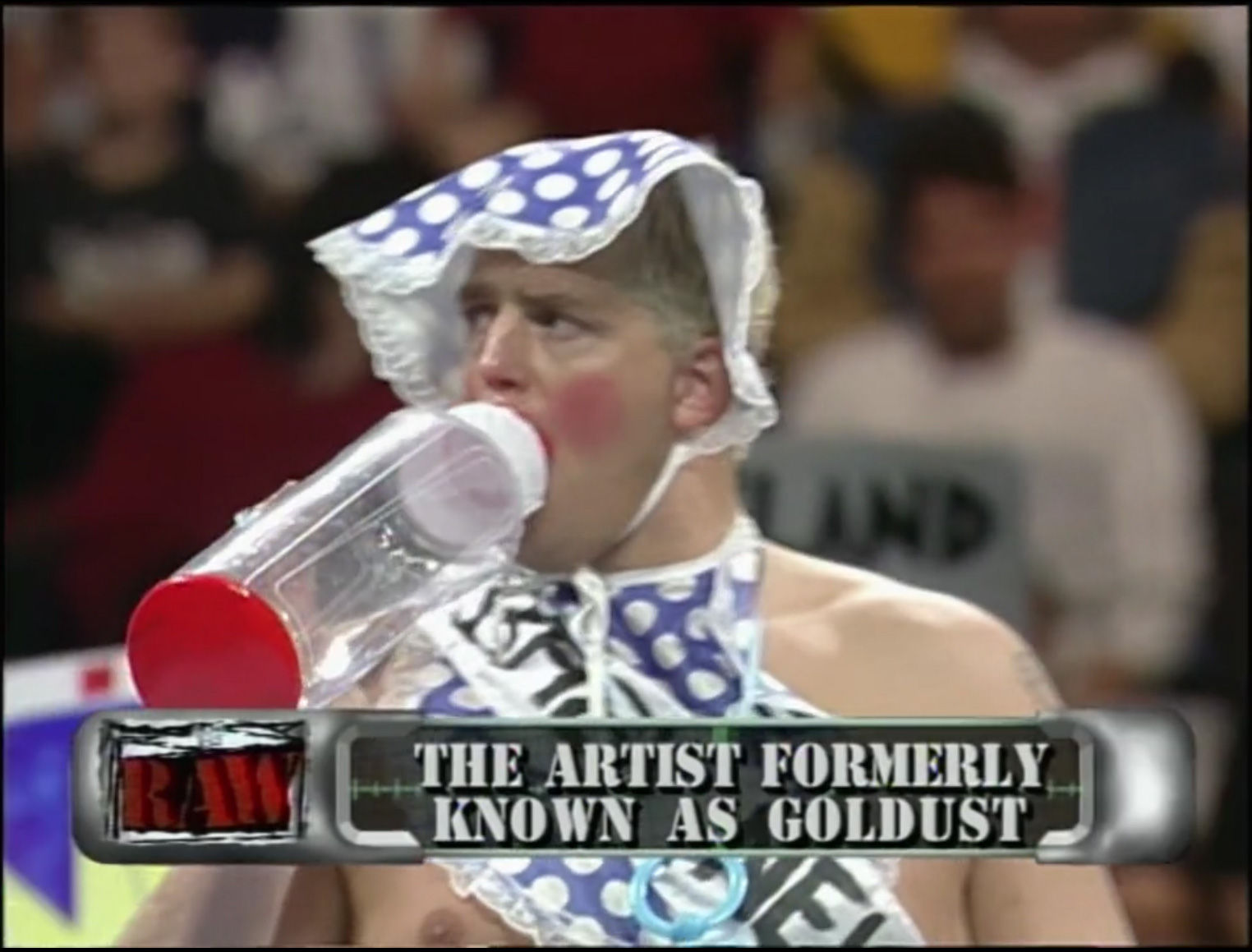 Nope, it’s “Crapper 3:16,” and Austin requests a “hell yeah” from the Uniondale faithful. When Goldust tries to ambush him, Austin slams the crapper door in his face. HA! 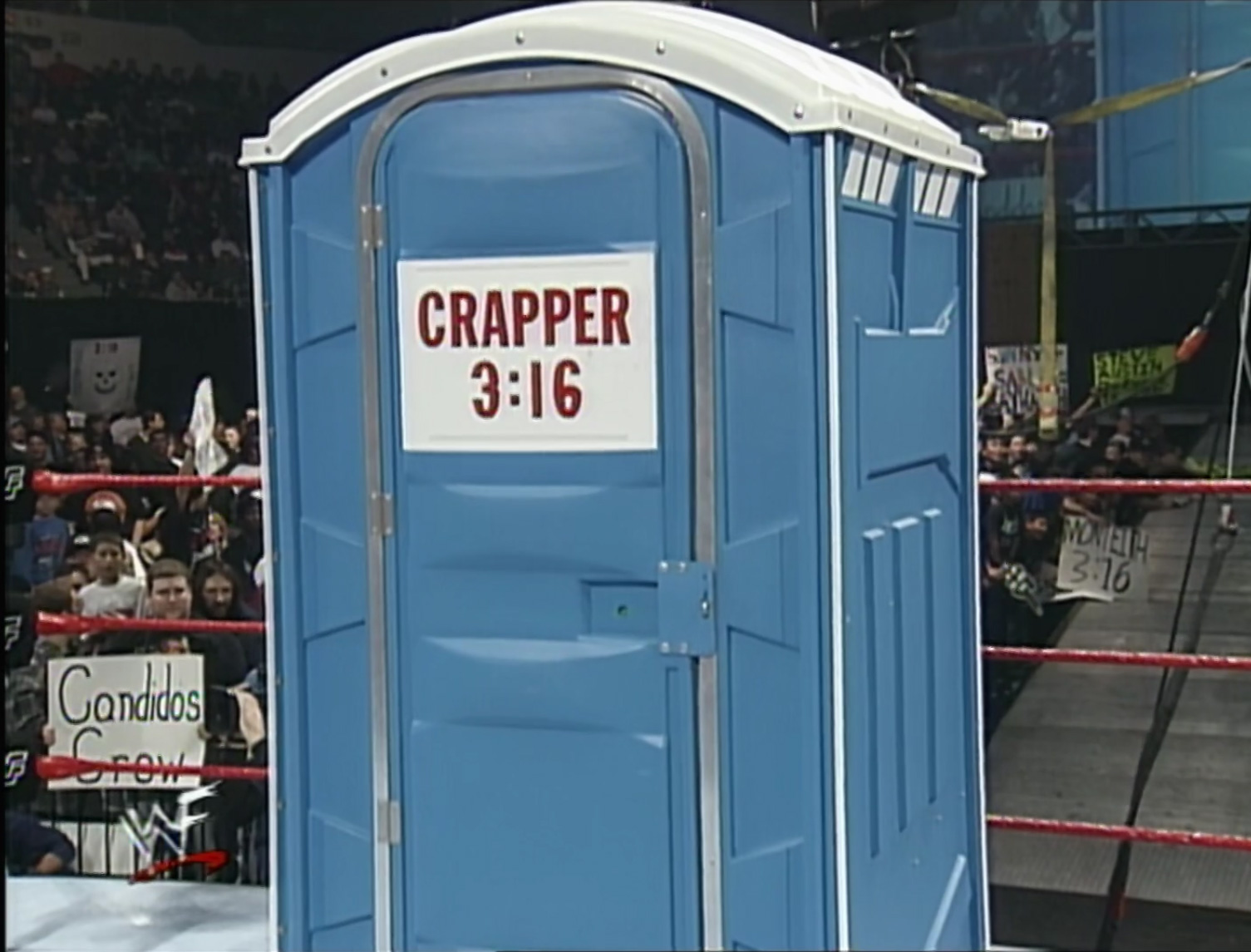 He then backdrops Goldust before hitting a lariat. Afterward, he rams Goldust into “Crapper 3:16” and shuts him inside. Austin finishes his promo, but Goldust re-emerges. To cement the segment, Austin gives him a Stone Cold Stunner, tosses him inside, and pushes it over. Ew. 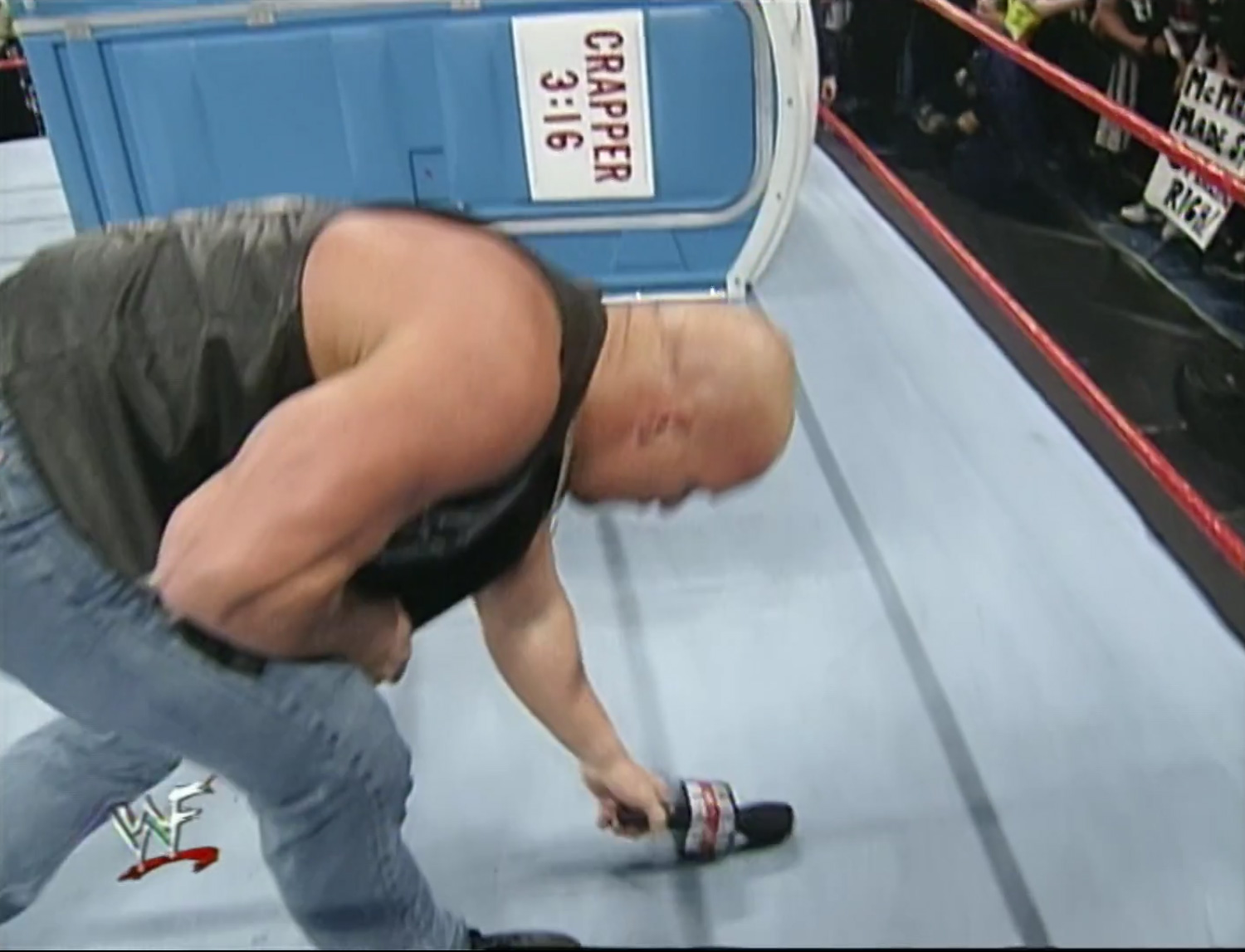 Prior to the opening match, we revisit the not-so-illustrious history of the feud between DoA and Los Boricuas. 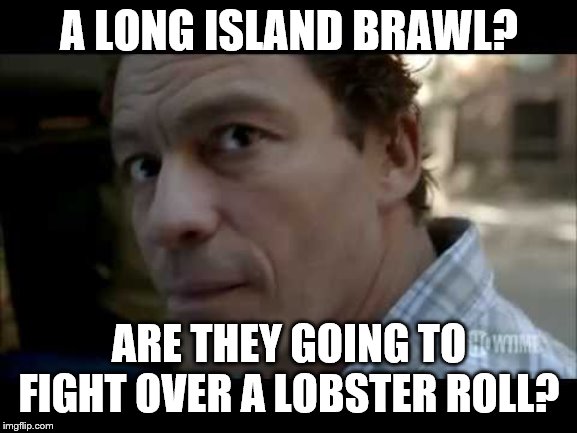 Summary: All I have to say is...NEXT!

Much like Nitro, RAW is WAR is sponsored by Burger King.

In the ring, HHH sports a knee brace and crutches. He grabs the microphone and informs us that he’s not capable of defending the European title tonight against Owen. According to him, HHH “dislocated (his) knee cap.” Also, according to HHH, Michaels is sick with 102° fever., so Undertaker will have to wait until Royal Rumble ‘98.

Suddenly, a casket gets wheeled to the ring. Instead of Undertaker, Michaels pops out, and the casket has been “desecrated.” He then introduces the two newest members of DeGeneration-X... 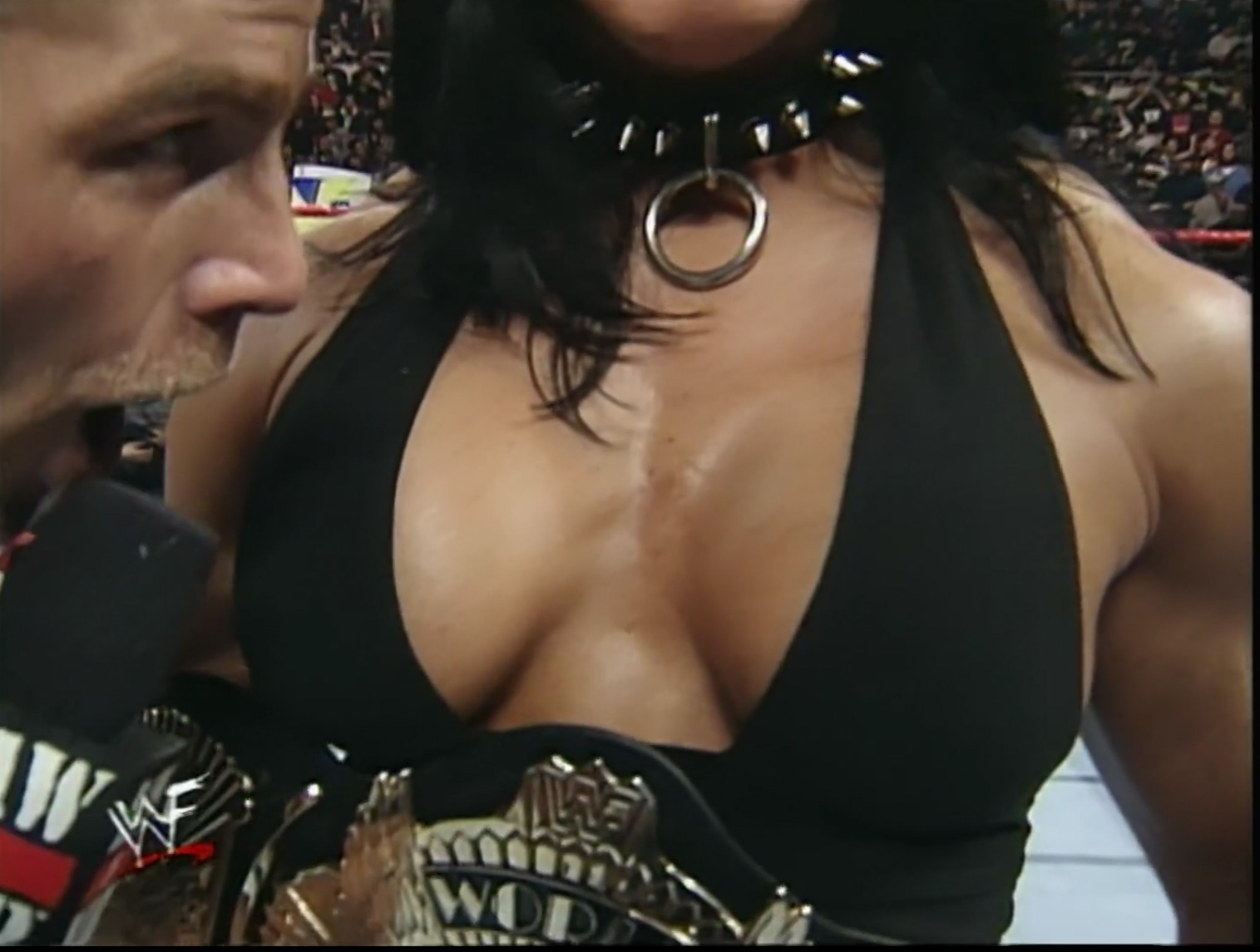 Michaels and HHH joke about the upgrade, and Michaels cuts a promo on Undertaker. Much to their chagrin, Commissioner Slaughter comes to the ring and decrees that Michaels will defend the WWF title against Owen since HHH isn’t cleared to wrestle.

Prior to the next match, we revisit last week’s episode when Shamrock defeated D’Lo Brown.

Summary: Good story behind the match, but the outcome was never in doubt.

After the match, the Rock emerges and broaches the subject of the elderly and Social Security. He then declares that Shamrock will face Faarooq next week, and Faarooq is none too pleased about it.

In a segment taped “earlier today,” Vince McMahon thanks the fans of the World Wrestling Federation and wishes a Happy New Year.

Prior to the next match, we revisit the 12/08 episode when the Lawlers spike-piledrove Michinoku. We then see Christopher interfere in a match between Lawler and Michinoku from two weeks ago.

Prior to the next match, we revisit the destruction the New Age Outlaws inflicted upon Dude Love/Mankind. Dude Love appears on the Titantron and summons Mankind to do his dirty work. Suddenly, Cactus Jack appears and introduces us to Chainsaw Charlie.

Summary: More storyline than match as you shall see.

After the match, Gunn clotheslines Cactus over the top rope to the floor. Cactus then gets the NAO to follow him and rams Road Dog into a large vertical crate. With the sound of a chainsaw buzzing, Chainsaw Charlie cuts his way out of the crate and scares the bejeezus out of the NAO. For those unaware, Charlie is portrayed by none other than Terry Funk. 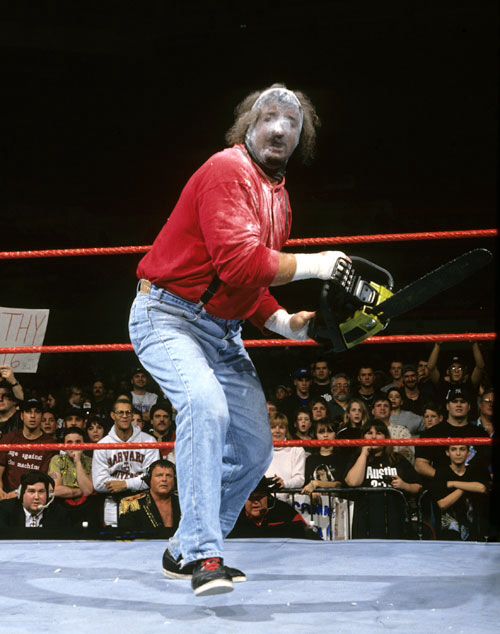 Following a commercial break, Sable emerges and heads to the ring. Kevin Kelly interviews her and shills the dual covers of Sunny and Sable on RAW Magazine. When Sable tries to give us a preview of the swimsuit edition, “Marvelous” Marc Mero storms the ring with a steel chair.

He questions Sable and refers to himself as the “star.” As Kelly stands up for Sable, Mero calls him a “third-string announcer” and “fat boy.” He then delivers a low blow to Kelly. To rescue Sable, Tom Brandi hits the ring and hammers Mero. He then assists Sable out of the ring, so Mero CLOBBERS him with the steel chair. Following that, he lands a TKO on the chair to Brandi. OUCH! To add insult to injury, Mero feeds pages of the magazine to him. And we’re denied a Sable swimsuit for this?

Backstage, Cole interviews the NAO who intimidates him until Charlie literally cuts his way into the scene.

CORNETTE’S COMMENTARY: First, he believes that the current state of ALL wrestling (e.g. WCW/nWo, WWF, and ECW) “stinks” and is embarrassed by what transpired on last week’s RAW is WAR. Second, he asks “where’s the wrestling?” Third, he wants respect for the tradition of wrestling. Fourth and finally, he’s going to bring tradition back because the status quo stinks.

Sunny emerges to shill her appearance in the RAW Magazine swimsuit edition.

Next, JR drops the bomb that “iron” Mike Tyson and WWF are negotiating for him to appear at WrestleMania XIV.

Prior to the main event, we revisit Owen’s return after Survivor Series ‘97 and his attacks of Michaels. 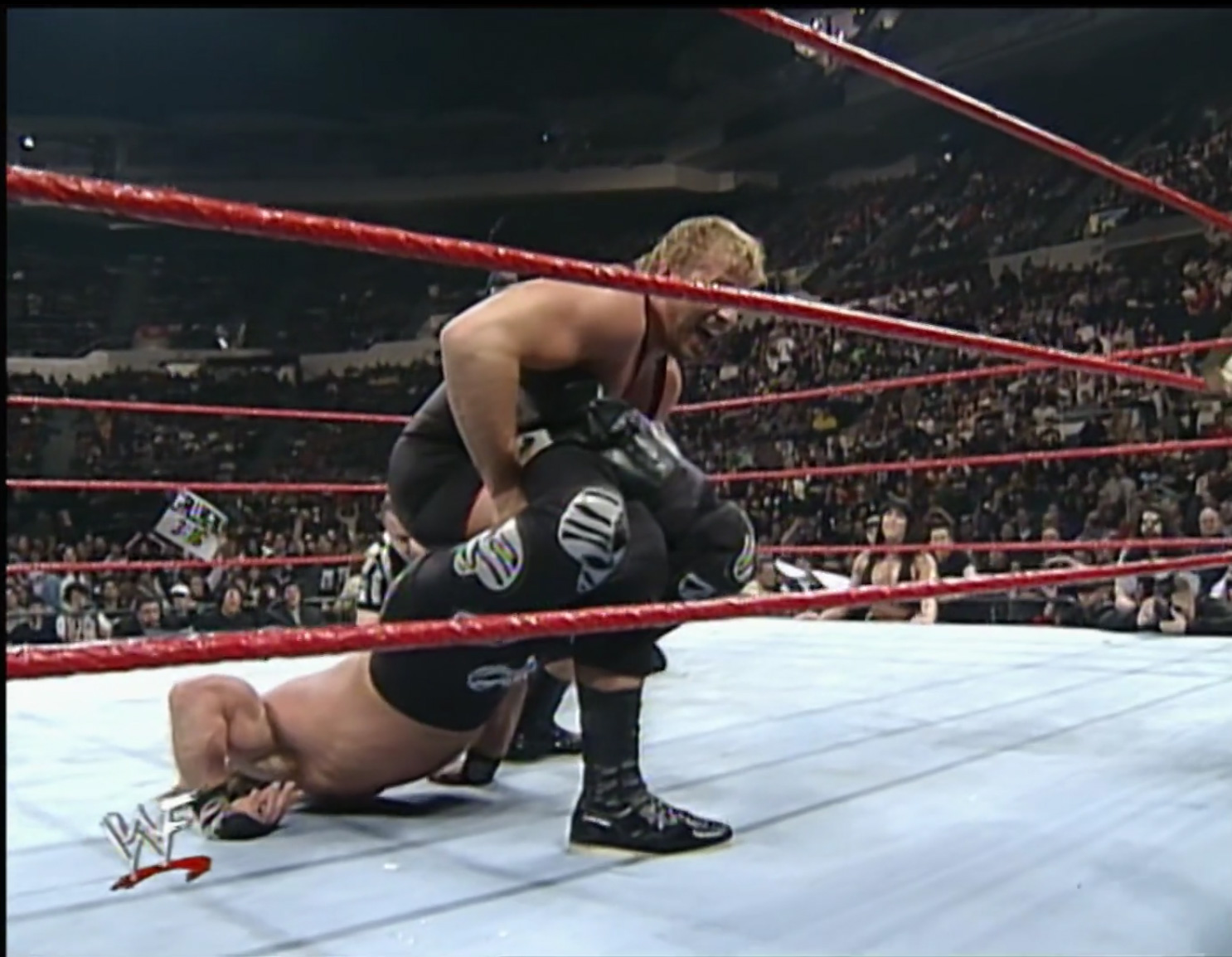 After the match, HHH destroys Owen with his other crutch. Before the show leaves the air, Chyna decks Hebner.

Conclusion: Scorching HOT main event punctuates a great episode with a lot of filler. The Austin segment keeps him from wrestling due to his current injury issues, and the Rock brings charisma although his promos are still a bit misguided. Undertaker and Kane are in cahoots now? And Mike “I’ll have another bite” Tyson could be at WrestleMania XIV? This show’s got a lot of meat on the bone.

Who won? Nope, by a full ratings point, Nitro destroyed RAW is WAR; however, the numbers increased dramatically on both sides compared to last week. As you’d expect, a lot of people tuned into Nitro to get the fallout from the PPV, yet the WWF didn’t disappoint with both shocking news and a solid main event on its show. Give me more of this please!