Will Neidhart gain revenge over DeGeneration X? Will Vader halt the Rock’s momentum? What kind of surprise does Luna have for us? Let’s find out!

Summary: If the WWF was looking to counter the lucha libre on Nitro, these guys fit the bill. Unfortunately, the Roanoke faithful sought popcorn from the concession stands.

Promo for DeGeneration-X LIVE on PPV this Sunday! Order NOW!

Luna emerges with Goldust literally in tow via a steel chain. Someone put JR’s momma to bed, ‘cuz she can’t unsee this. Luna runs down Dusty Rhodes and Terri and refers to her charge as The Artist formerly known as Goldust. As Lawler brings up Vader, Luna vows that TAFKA Goldust will defeat him. She and TAFKA Goldust then share a very salacious kiss to close the segment. 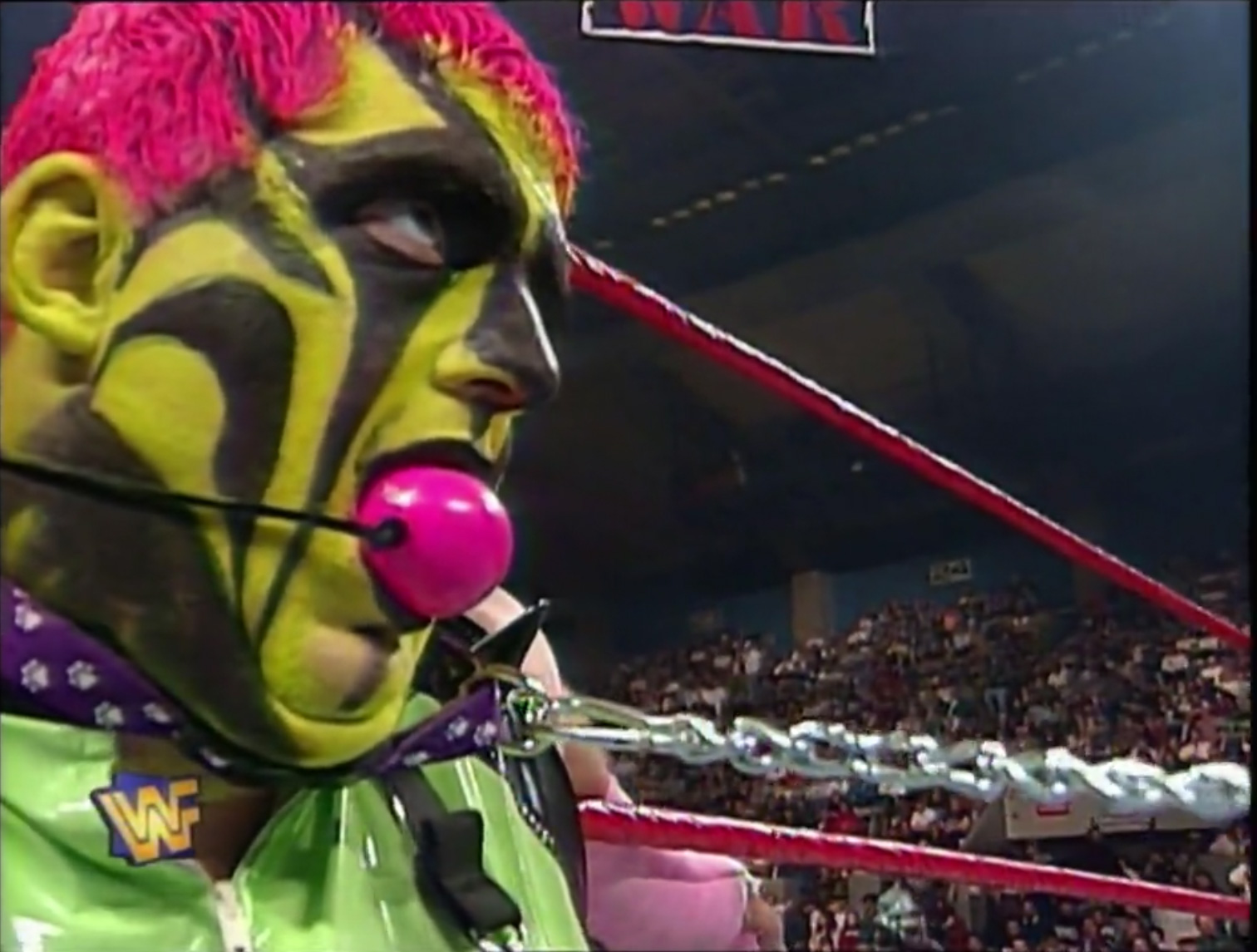 KARATE FIGHTERS HOLIDAY TOURNAMENT: Lawler and Tito Santana square off and insult one another with fast food references. Lawler wins to advance to the finals against Sunny.

RAW is WAR is sponsored by FootAction USA, Lazer Tag, and Jakks.

Summary: C-R-A-P. This was either switch to Nitro or fast-forward material back in ‘97.

Afterward, an immense brawl ensues while Jackyl joins the broadcast team with nothing worthwhile to add.

DeGeneration-X emerges through the curtain, and Shawn Michaels sits in a wheelchair. As he cuts a promo, both he and HHH have lollipops. Michaels then equates Neidhart to a sucker. While HHH runs down Neidhart, he also isn’t intimidated with a boot camp match against Slaughter at the PPV. Michaels then claims that Chyna put Michaels in a wheelchair due to her “rigorous workouts” and cuts a promo on Shamrock. To demonstrate how “tough” he is, Michaels allows HHH to tweak his left ankle. Of course, it’s all a ruse because HHH twists the foot over 720°. 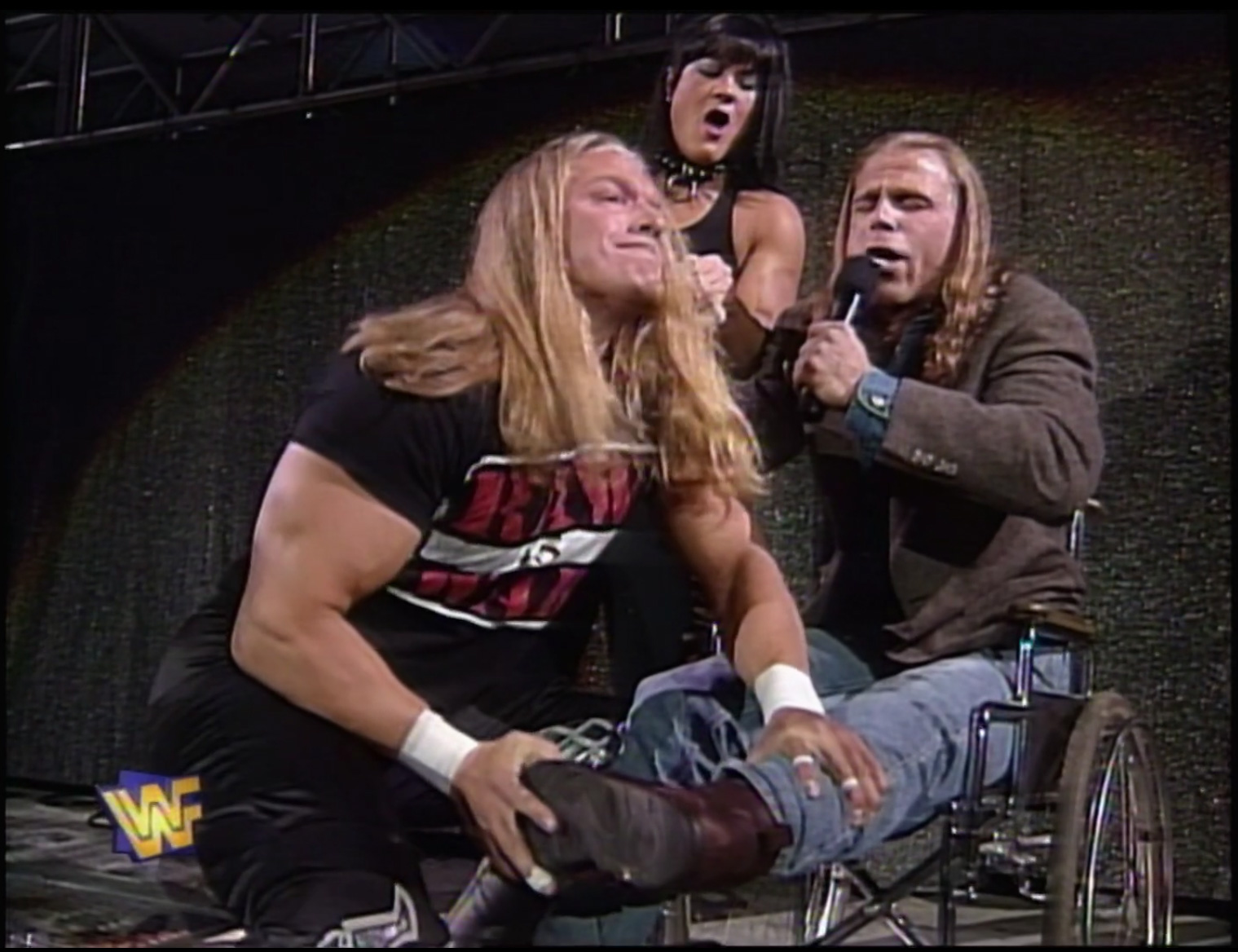 We then revisit Survivor Series ‘97 and the finishing sequence of the main event. More to come on this later.

Prior to the next match, the Rock grabs the microphone and declares the match to be “non-title.” HA!

Match 3: The Rock (w/ the Nation of Domination) versus Vader 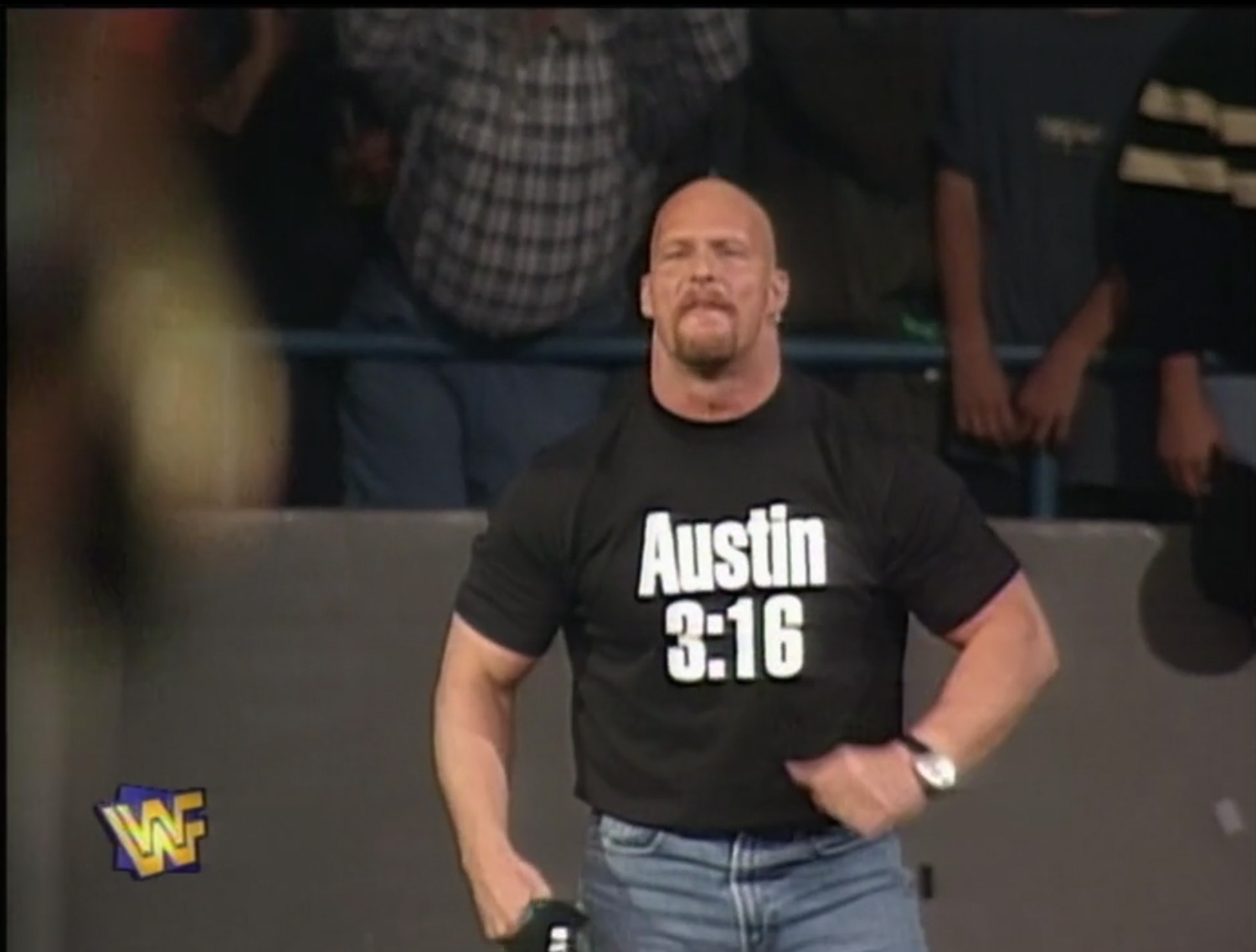 Summary: Way more storyline than match as the Rock/Austin along with Vader/TAFKA Goldust matches were teased.

Following a commercial break, JR shills the PPV with the following matchups:

Afterward, Bearer grabs a microphone and cuts a promo on Undertaker while Kane lights the turnbuckles ablaze.

Prior to the next match, another promo for DeGeneration-X airs.

Summary: Obviously a teaser for the tag title match on Sunday.

Following a commercial break, JR shills a four-round tough man fight between Marc Mero and Butterbean at the PPV.

In the ring, Cornette interviews Mero and Sable. He then disparages Mero and glorifies Sable while the Roanoke faithful chant “Sa-ble.” As Mero insults his wife, he refers to her as “(his) properly.” He then cuts a promo on Butterbean, and Sable puts on hand mitts with Butterbean on them. When he knocks one of the mitts off, Mero demands that Sable pick it up. To quote JR, “what a jerk!” He continues to denigrate her until Sable cries. After Sable leaves, Mero finishes his promo on Butterbean. 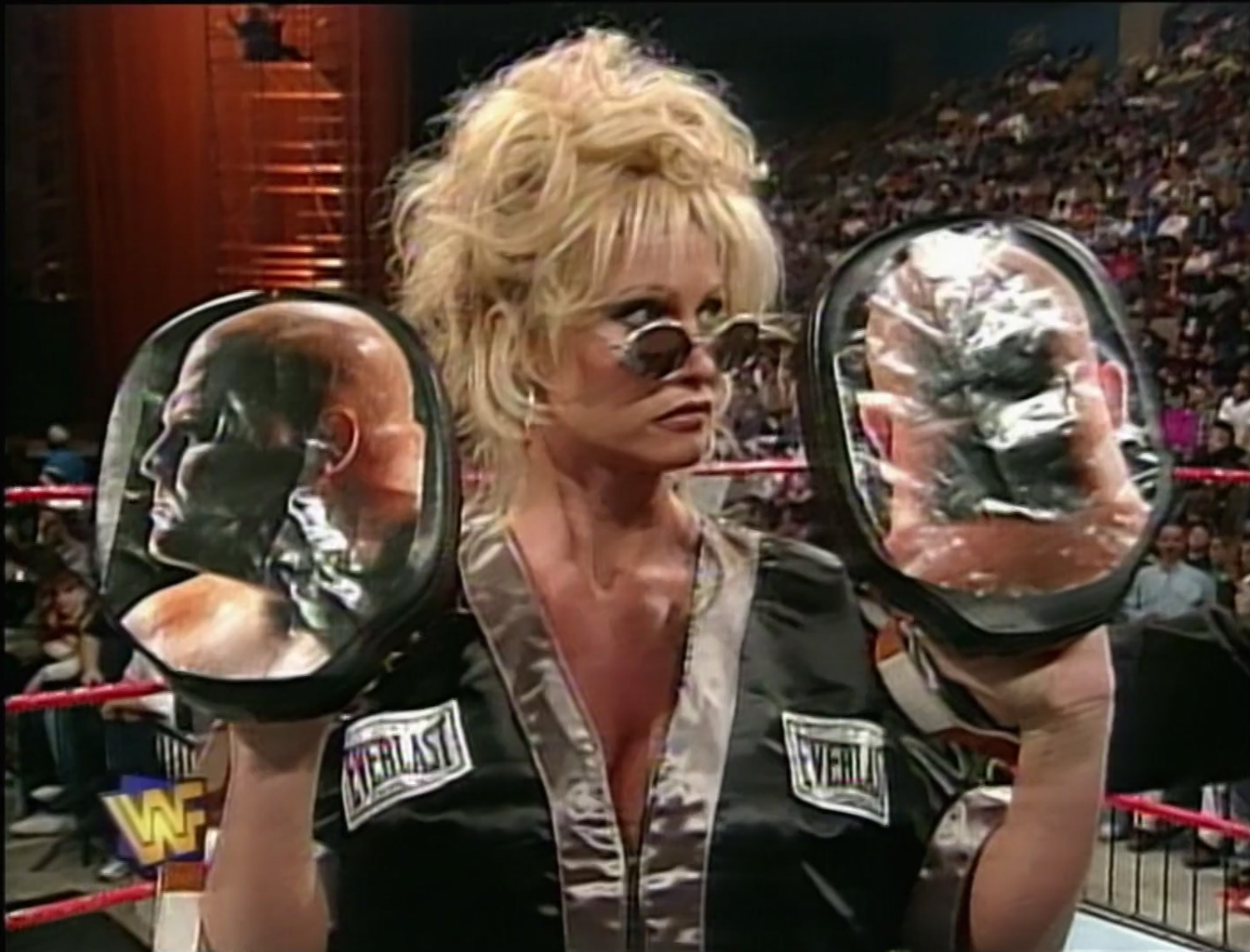 Once again, we revisit Survivor Series ‘97, and Lawler lies his ass off stating that Bret quit. I hope he got to enjoy his paycheck that month.

Summary: Typical nefariousness by the degenerates to attain victory.

After the match, HHH pedigrees Neidhart on the steel chair while Michaels shakes a can of spray paint. Michaels then paints “WCW” on Neidhart’s back. An irate Neidhart gets up and double-clotheslines the hooligans, but DeGeneration-X triple-teams and handcuffs him to the top rope.

When Slaughter hits the ring to rescue Neidhart, HHH and Michaels clobber him. Shamrock runs in and hooks a belly-to-belly suplex on Michaels. When he applies an ankle lock to Michaels, the WWF champion submits. In the meantime, Slaughter applies a cobra clutch to Helmsley while Neidhart somehow keeps Chyna at bay. Great ending albeit the copycat nWo stuff was unnecessary.

Conclusion: Is there a PPV on Sunday? Are you sure? Oh yes, this was the pure definition of a go-home show, and it was eons better than Nitro. Could it finally overcome Nitro in the ratings?

Who won? Nope, RAW is WAR lost 3.8 to 3.0. Perhaps with the lackluster Nitro and the fallout from the PPV, viewers will choose the WWF next week. Will I be right?