Will the Giant regain the World title, or will the nWo have something to say about it? Can Traylor defeat Hennig for the US title? How will Sting be involved? Let’s find out!

The nWo congregates backstage before heading to the ring. After Bischoff introduces both Curt Hennig and Scott Hall, he hands the microphone to Hall who gets the Saginaw faithful to chant “n-W-o.” Hogan then makes a challenge to “anybody in the building...backstage” and puts up the title. Sans music, Giant, with J.J. Dillon in tow, accepts the challenge. Dillon refuses to clear Giant due to his broken hand, but Giant’s willing to indemnify himself. Yikes! WCW’s copying a WWF angle. #1 means you don’t do that, Eric! Summary: Showcase match for Steiners and another memo to WWF about wrestlers winning in their hometown.

On WCW Saturday Night, Hennig defends the US title against DDP Also, Faces of Fear and Mortis/Wrath square off in a return match.

Nitro Girls dance in the ring wearing black. Schiavone mentions the upcoming Nitro at the Georgia Dome on 1/5 with tickets going on sale on Black Friday. A-ha! It’s no wonder I didn’t get a great seat to that show since everybody and their brother spent money on that day. Schiavone also shills the Nitro Party contest.

Summary: Solid victory for Booker T in a singles role. Could he be climbing the ladder?

We then revisit stills from the PPV as highlights of the Raven-Riggs match air.

Following that, we see the Dillon segment from last night regarding Raven. At the entrance, “Mean” Gene Okerlund interviews Dillon, and they walk over to Raven’s seats. In the meantime, Riggs hops the steel railing to join the Flock. Raven informs Dillon that he signed the contract but “won’t conform to (his) rules.”

Summary: Showcase match for Benoit, but a solid debut for Sick Boy nonetheless.

After the match, the Flock attacks Benoit, and Saturn applies the Rings of Saturn to him. While the Saginaw faithful chants “Raven sucks,” their nemesis stares a hole through Benoit.

Zbyszko, after the nWo disparagement of him during its announcement, heads to the ring and cuts a promo on Hall. Instead of getting Hall, he gets nWo propaganda falling from the ceiling, I.e. a photo of Bischoff over the fallen Zbyszko. Speaking of Bischoff, he emerges, promotes Hall, and runs down Zbyszko. Never to back down from a challenge, Zbyszko summons Bischoff to “Larry-land.” Bischoff accepts, and Zbyszko confronts him in the aisle. Unfortunately for us, WCW Security prevents any fisticuffs, and the match will happen...probably at Starrcade ‘97.

Prior to the next match, more stills from the PPV air.

Afterward, an angry Wright berates Debra, grabs the microphone, and fires her as his manager.

After the match, Savage again mounts the same top turnbuckle and supplies Disco with big elbow #3. When referee Mickey Jay tries to stop Savage from mounting the turnbuckles, Savage pops him. He then disposes of Jay, retrieves a can of spray paint from Elizabeth, and sprays Disco. To make matters worse, he counts the pin while Elizabeth puts her boot atop Disco. Welcome back to WCW, Disco! Your earlier bout of misogyny cost you not once, but twice. Regardless, Savage mounts the top turnbuckle again and delivers big elbow #4.

Nitro is sponsored by THQ who created WCW Nitro, the video game for Sony Playstation. 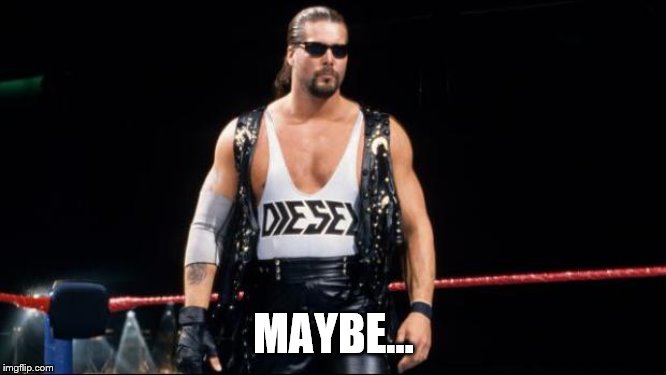 At the entrance, Okerlund interviews Steve “Mongo” McMichael. Despite Mongo’s hilarity at Wright’s firing of Debra, she emerges and courts Mongo. Rather than taking her back, Mongo instructs her to “get the hell outta here.” Methinks Debra’s days in WCW are numbered. Before the interview ends, Mongo admonishes Okerlund for his “anything” comment.

Nitro Girls dance completely in silver at the entrance.

Summary: Decent comeback match for Bagwell as both he and Jericho could fly and chain moves together well.

Nitro is sponsored by Nintendo 64.

Following a commercial break, we see more stills from last night as Hennig retained against Flair.

Prior to the next match, Tenay announced a documentary about Brian Pillman. He also stated that the proceeds would benefit the Pillman family.

Match 8 for the WCW US title: Curt Hennig (champion) versus Ray Traylor

Summary: Zero flow to the match, and the Saginaw faithful didn’t think much of it either.

Afterward, the nWo hits the ring, and they pummel Traylor. Savage then mounts the top turnbuckle and delivers big elbow #5 on the evening. Hall then spray-paints Traylor to end the segment.

Schiavone then shills WCW vs. nWo World Tour for Nintendo 64. 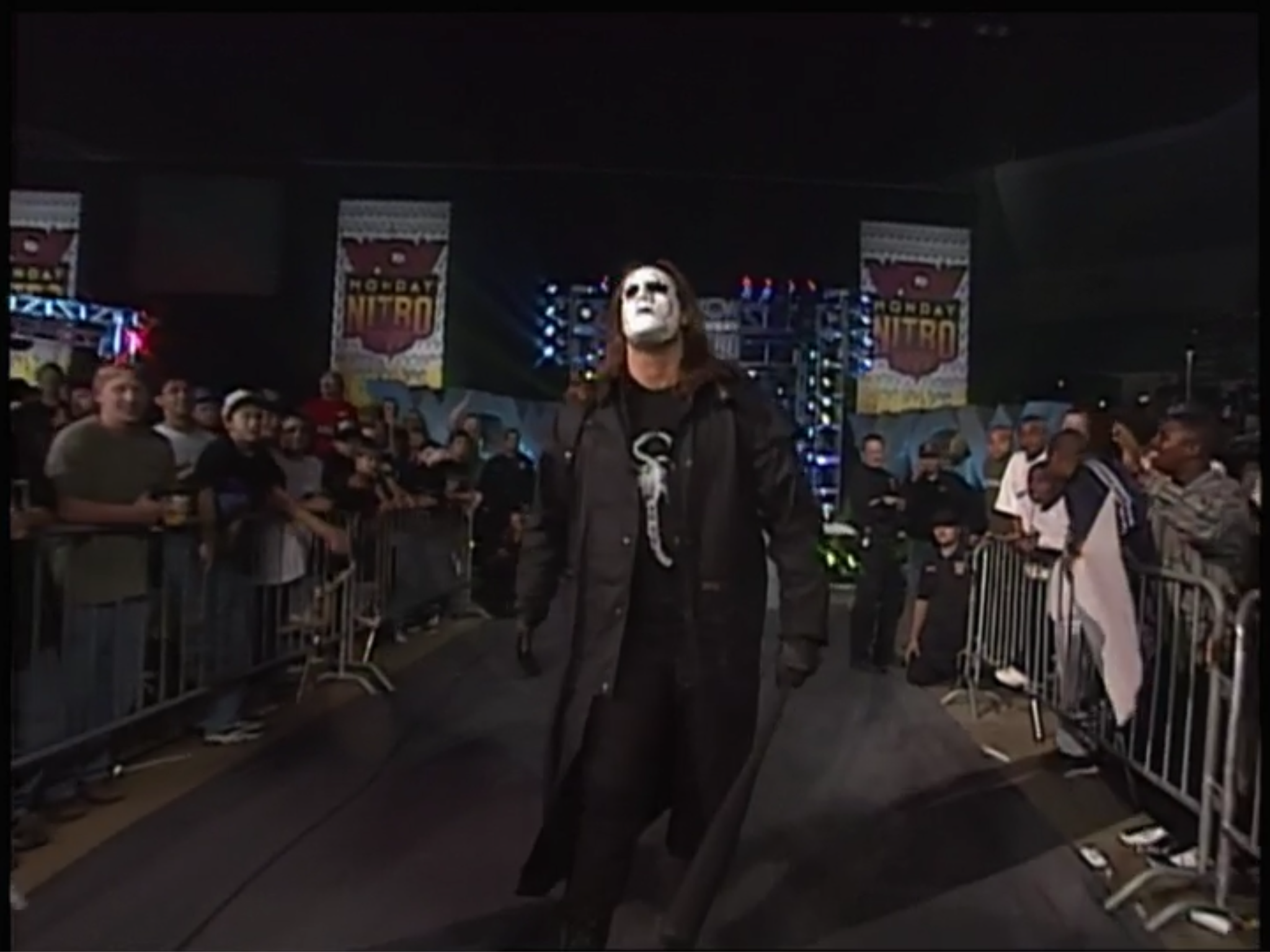 Summary: Nothing match, but I bet it sets up more juicy meat for the Hogan-Sting storyline.

After the match, “Sting” raises his mask to reveal Kevin Nash. The rest of the nWo arrives while Nash removes Giant’s cast. Another Sting then repels from the ceiling and promptly falls through the mat. Huh? Nash then CREAMS Sting in the head with a bat to cement the fact that it’s a mannequin. Next, Hogan gets his turn while a cup of beer directly smacks Savage for the Saginaw faithful’s amusement. While they LOUDLY chant “we want Sting,” Hogan badmouths the mannequin. 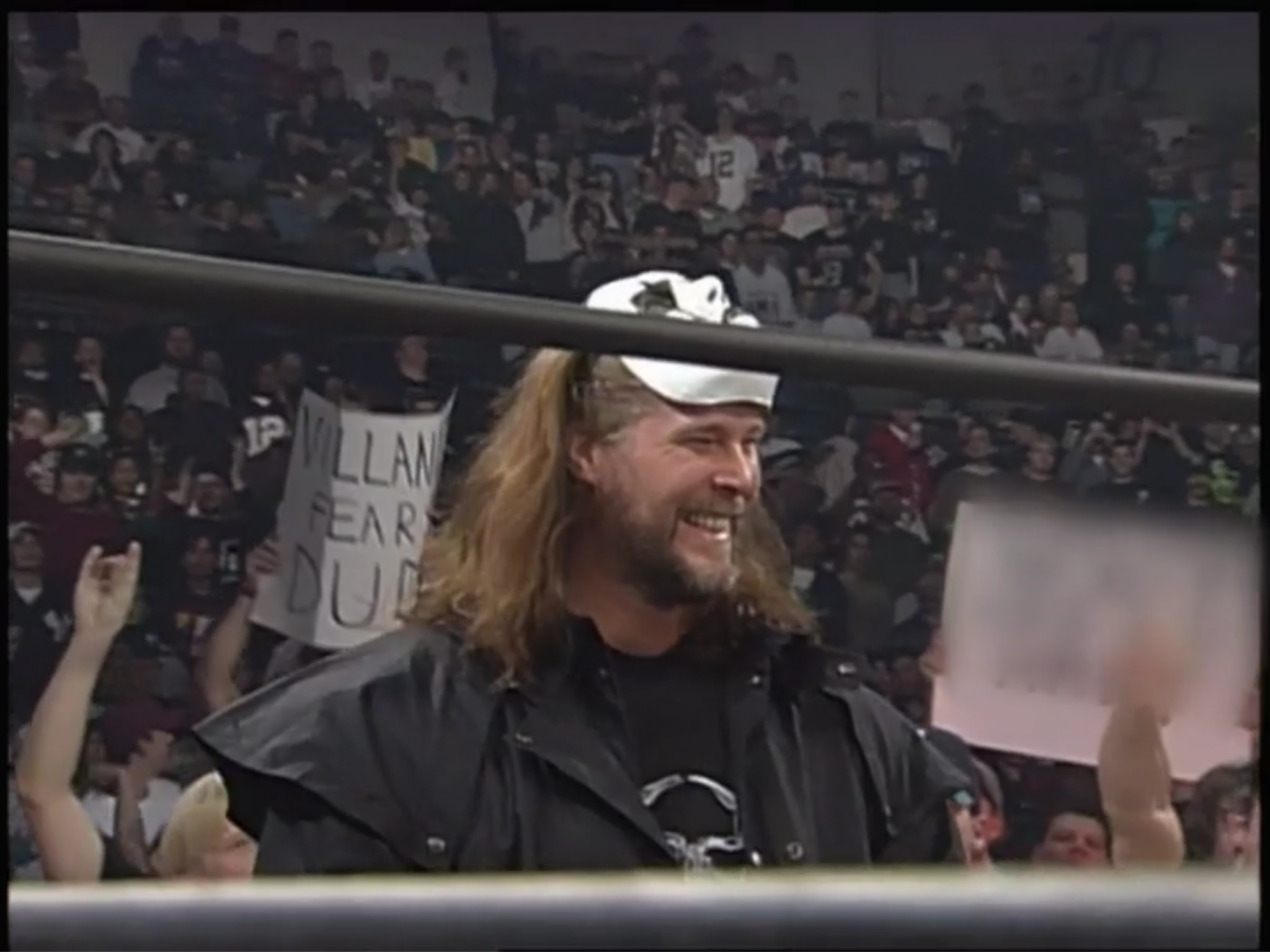 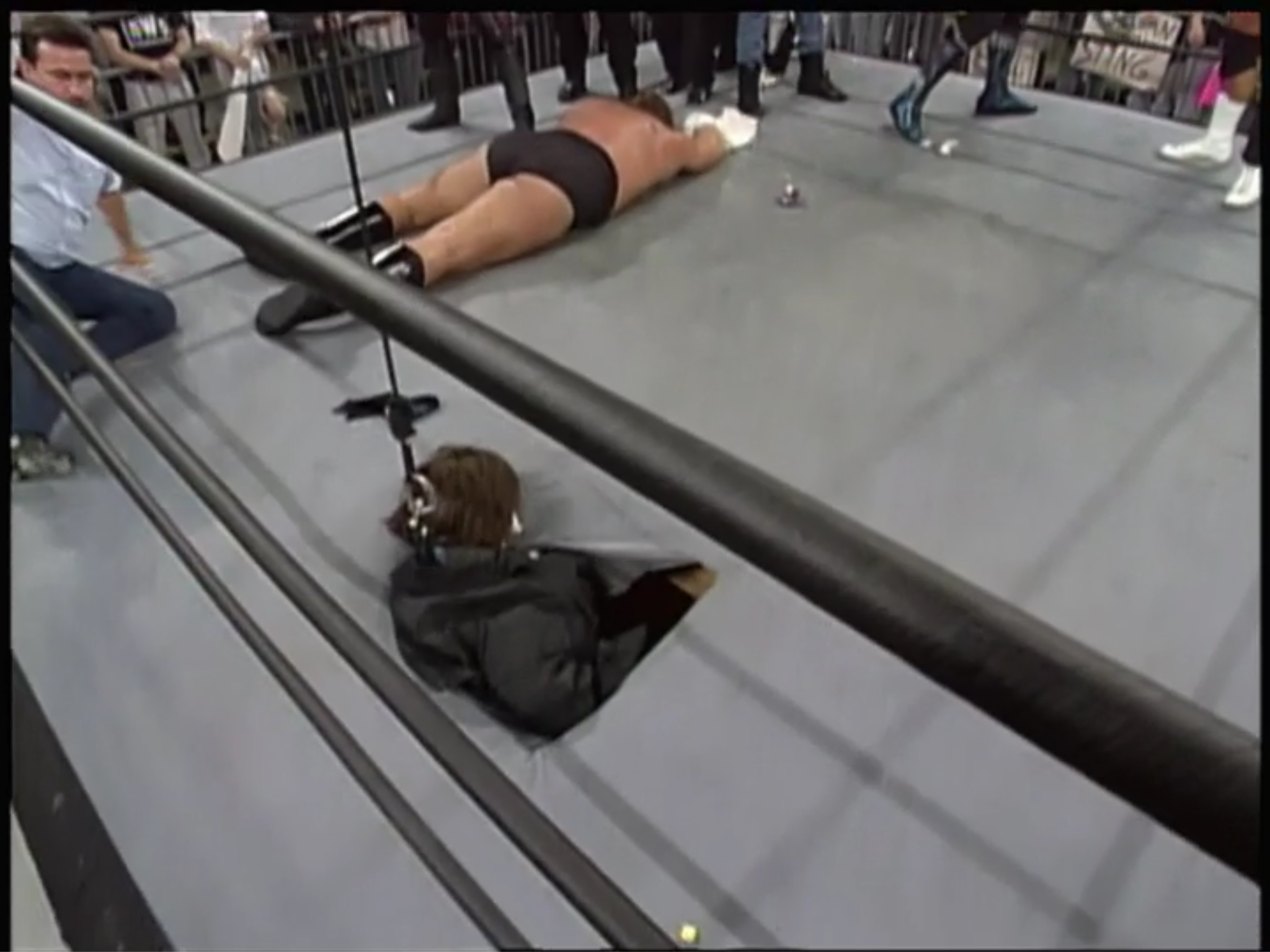 Conclusion: Two weeks ago, Bret Hart allegedly joined the nWo. Last week, Rude surprisingly joined while also being telecast on RAW is WAR. This week, what happened? ABSOLUTELY NOTHING! Unless you’re a diehard Alex Wright or Scotty Riggs fan, skip this meaningless episode. What’s on RAW is WAR?