With the WWF just ninety miles down the road, how will WCW continue their ratings dominance? Could the program have an ECW-like feeling since they’re in ECW’s backyard? Let’s find out! 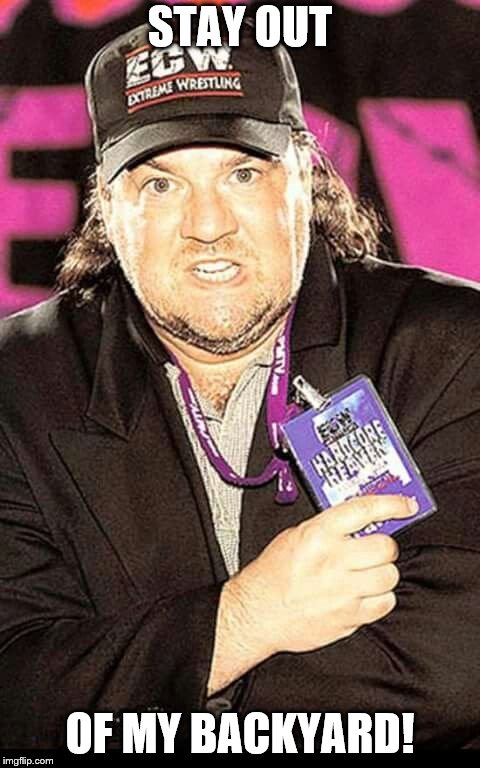 The show begins with highlights from last week as Sting fended off the nWo. We then get a clip from Assault on Devil’s Island featuring Hollywood Hogan. During the movie, a press conference from the MGM Grand in Las Vegas, Nevada occurred, and the match between Hogan and Sting at Starrcade ‘97 was signed. We’ve waited all year for this!

Summary: Good opener that told a quick story about mismatched partners with their own agendas.

Nitro Girls dance in front of the steel letters.

We then revisit Halloween Havoc ‘97 and the aftermath from the cage match. According to Schiavone, Piper suffered “nerve damage in his face.” Methinks he’ll need a big bookcase to sit on the shelf for a while. 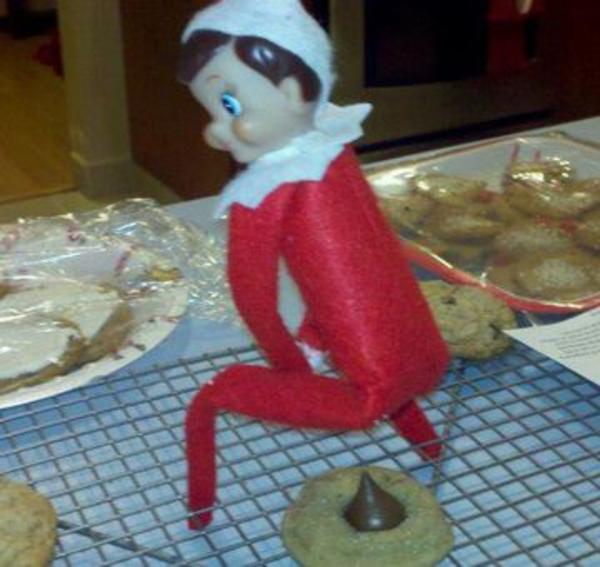 On WCW Saturday Night, Luger and Giant square off against the Faces of Fear.

Eric Bischoff is on the phone to discuss the Hogan/Sting situation in his own unique fashion. After he runs down Piper, Bischoff clamors about the successful ratings earned by Assault on Devil’s Island. He then mentions that the entire nWo including the “big man” (a.k.a. Kevin Nash) will be in Memphis next week for Nitro. Oh, I almost forgot. He also has a “HUGE surprise for everyone in WCW.” More on this later.

Summary: While Psicosis brought the high-flying, Nagata supplied the workrate with shenanigans by Onoo to top it off for the win.

After the match, Onoo’s happy to give Psicosis severance pay of 100 Mexican pesos for his services which equates to about five bucks here in the US.

Yet another Raven soliloquy. 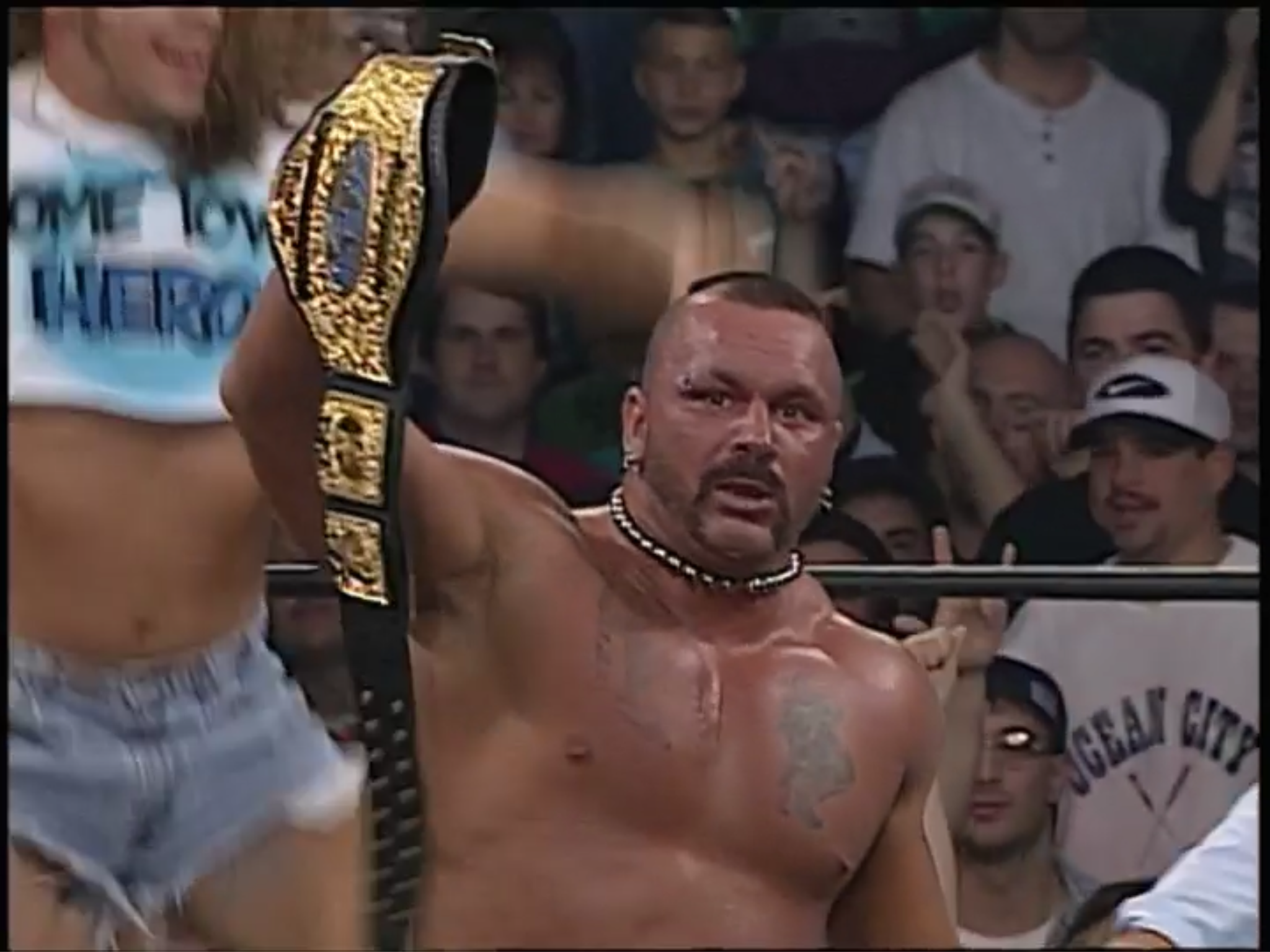 Summary: Loads of psychology by Saturn led perfectly to his finisher. also, changing the title in front of ECW fans was a good call by WCW as it elicited the proper reaction.

After the match, Raven, Kidman, Sick Boy, and Richards enter the ring to celebrate Saturn’s achievement. In typical fashion, Raven immediately ejects Richards from the ring. I could be mistaken, but I believe that’s Richards’ final appearance in WCW. It would make sense since he lives in Philadelphia.

At the entrance, “Mean” Gene Okerlund interviews Flair who sucks up to the Philly faithful with “You love blood’n’guts, and I love you.” HA! We then revisit Halloween Havoc ‘97 when Flair stomped Hennig’s face off. Next, Flair compares himself to Eric Lindros of the Philadelphia Flyers and Hennig to Jaromir Jagr of the Pittsburgh Penguins to a big ovation. Needless to say, but he’s ready for the 60-man battle royal at the PPV as well as Hennig.

For some reason, Hall wears a championship belt on his way to the ring. He then grabs the microphone and conducts a survey which leans toward the nWo. Following that, he calls out and insults Zbyszko. We then revisit Halloween Havoc ‘97 when Bischoff and Hall double-teamed Zbyszko.

Summary: Overconfidence may work sometimes but not in the ring with a savvy opponent.

After the match, Hall gives Jericho a pair of Outsider Edges while the Philly faithful chants “Lar-ry.” When Hall turns his attention toward the referee, Billy Silverman gets out of dodge. Hall threatens another Outsider Edge which causes Zbyszko to leave the broadcast table and head to the ring. As Zbyszko wants him to sign a contract for a match between them, Hall exits stage left.

Summary: Showcase match for Giant who steamrolled over MUCH smaller competition.

Afterward, Giant grabs the microphone and wants to repeat as winner of the 60-man battle royal at the PPV. When he mentions Nash, he refers to him as “little big man.” 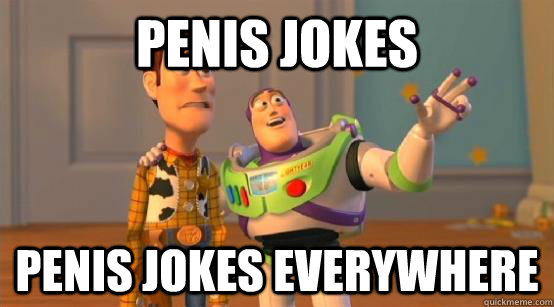 Nitro Girls dance at the entrance in white.

Summary: Without question, Flair had the Philly faithful firmly in his back pocket, and Wright had ZERO chance here. 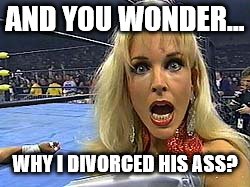 Summary: More storyline than match as the Goldberg/Mongo story continues.

At the entrance, the Nitro Girls dance in black.

Summary: DANGEROUS mess with ZERO redeeming value except to injure each other.

We then revisit World War III ‘96 in fast-forward as Giant wins the 60-man battle royal. Those of you on amphetamines may believe that’s real speed while those of us who remain firmly on the ground may need to relax after that whirlwind.

Match 10 for the WCW US title: Curt Hennig (champion) versus the “Total Package” Lex Luger

Summary: Crappy main event meant to further the Hennig/Flair storyline. Methinks the timing of the run-in was off, and Flair was supposed to interfere a minute later.

As the brawl between Hennig and Flair spills into the ring, Luger hooks Hennig in a Torture Rack. Flair then nails the prone Hennig causing both Luger and Hennig to fall down to the mat. After Flair chases Hennig backstage, Luger confronts him about his interference. WE’RE OUTTA TIME!

Conclusion: The road to World War III ‘97 begins here as WCW used the every-man-for himself theme to provide a taste for the upcoming PPV. Also, they provided some ECW-like entertainment for the Philly hardcore fans with the tag and TV title matches. The pending announcement by Bischoff intrigues me. I wonder what surprise WCW has in store for us next week. What’s on RAW is WAR?