Buckle up! Nitro is a jam-packed three-hour marathon guaranteed for you NOT to change the channel. Will Hogan actually wrestle? Against whom? What else happens? Let’s find out!

As the program begins, we revisit the aftermath from the putrid main event of last night’s PPV.

Hogan and Bischoff emerge through the entrance, and Hogan crows about being “God.” He then challenges anyone in WCW while Bischoff plugs Assault on Devil’s Island airing tomorrow night on TNT.

As the announcers decry that Piper beat Hogan last night with a sleeper, we revisit the Luger-Hall match when Zbyszko put Syxx on the shelf. Obviously due to the post-match attack by Bischoff and Hall, Zbyszko will not perform announcing duties tonight. 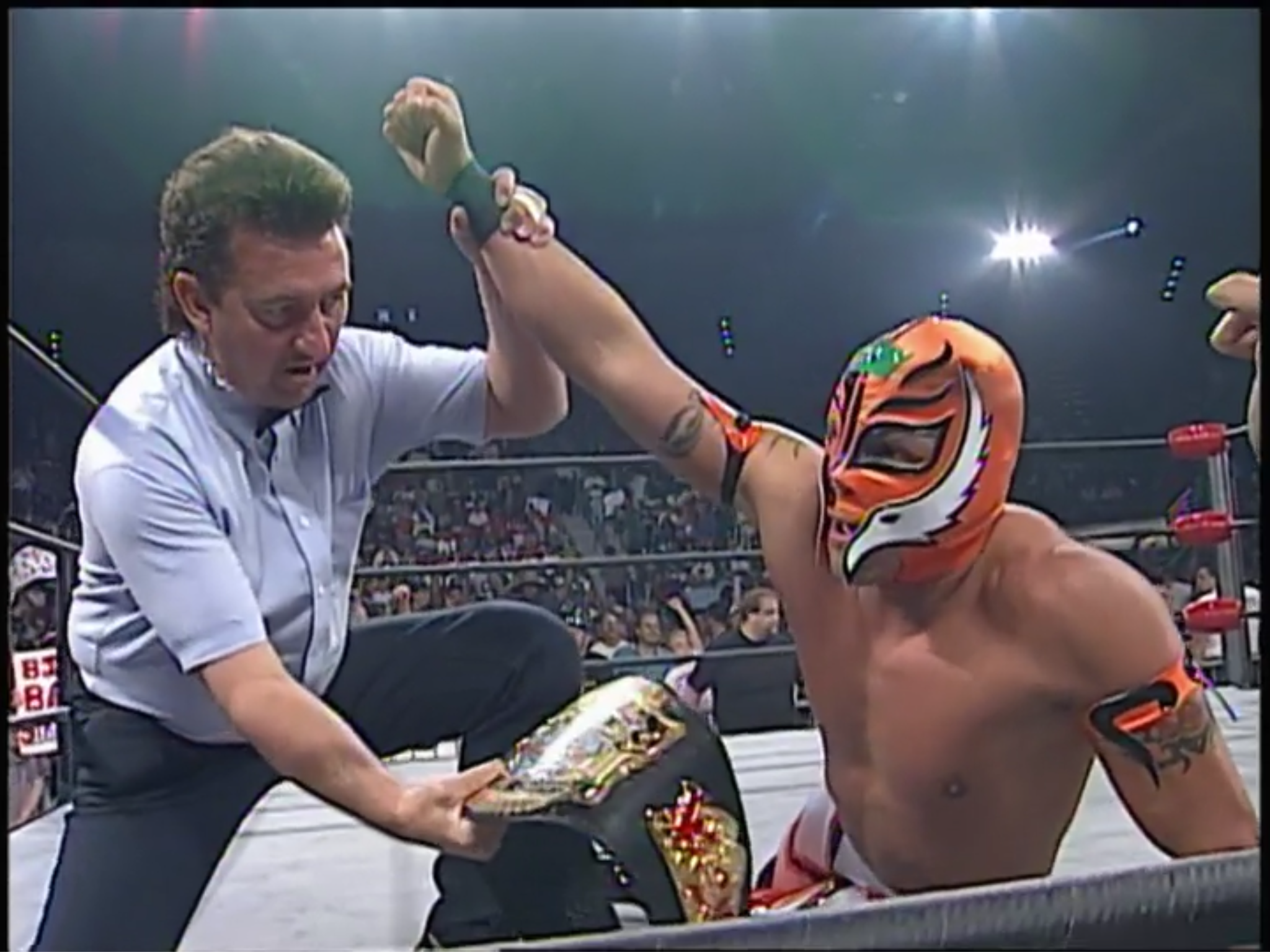 Summary: Good opener where the psychology kept the San Diego faithful’s attention, and the hometown victory caused them to rise to their feet at the conclusion.

La familia is the theme for this week’s lucha libre feature.

Nitro Girls dance in Halloween costumes at the entrance. Unfortunately for those of you who enjoy it, Spice didn’t dress up like a pumpkin.

Summary: La Parka tried his best, but Glacier used the cruel hand of irony to prevail.

At the entrance, “Mean” Gene Okerlund interviews DDP who’d rather discuss things in the ring. DDP dispels the “rumor” about who portrayed Sting last night during his match against Savage. With Hogan’s name divulged, DDP offers an “I don’t think so” to Hogan’s self-proclamation of being a deity. He then accepts Hogan’s open challenge TONIGHT. Wow! 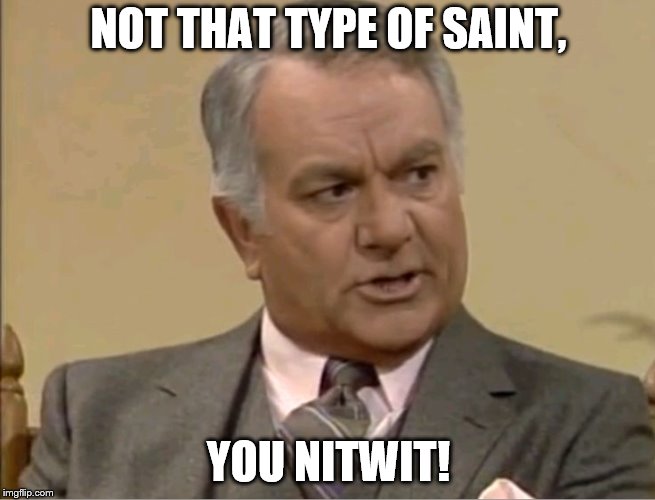 Yet another Raven soliloquy.

Prior to the next match, we revisit the Jericho-Gedo match from last night when Gedo assisted Jericho in injuring his neck. Oops.

Summary: Fast-paced with great workrate. Had Jericho not come into the match injured, I would have asked for more time for this match.

Summary: Intense match where neither wrestler would give an inch. 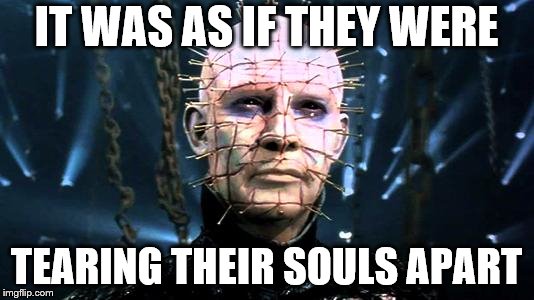 Next, we revisit stills from the Hennig-Flair match from last night.

At the entrance, Okerlund interviews Flair who undeniably threatens bodily harm to Hennig. He then proceeds to LOSE HIS DAMN MIND regarding the main event match later tonight. You’ve got to love an amped-up “Nature Boy.”

Prior to the next match, Stevie Richards informs us that Raven still hasn’t signed a contract with WCW **cough**BULLSHIT**cough**. Regardless, he declares that the match must have a no-DQ stipulation. Raven then tells Riggs that he’ll “set (him) free.”

Summary: More storyline than match as Riggs either fights Raven for comeuppance or joins him. You make the call!

Nitro Girls dance at the entrance in silver and black.

Summary: Despite the ugly finish, this match was eons better than that crapola cage match last night.

After the match, Hogan whips DDP with his weightlifting belt and calls out the nWo. While the San Diego faithful chant “We Want Sting,” their hero emerges through them and comes to the ring. Vincent then eats a Scorpion Death Drop while Tony states “and Vince goes down again.” BURN! Afterward, Sting gives the Scorpion Death Drop to both Hall and Hennig.

Mongo then comes to the ring, but Goldberg spears him. Following that, WCW Security separates them.

Following a commercial break, Hogan and Bischoff head to the ring and dismiss Sting and DDP. Hogan then shills his movie, and a contract signing will occur in Las Vegas, NV during the commercials. Of course, he challenges Sting to appear. You mean Sting will FINALLY face Hogan for the World title? Woohoo!

Prior to the next match, Okerlund interviews the Steiners with DiBiase. They’re ready for any and all challengers.

Summary: Inserting Public Enemy into a standard tag match limits their offense; hence, the quality of the match wasn’t great because they had to lead the match. If the shoe was on the other foot, the Steiners would have manhandled them with suplex variations and augmented the workrate considerably.

Nitro is sponsored by M&M’s.

Match 10 for the WCW US title: Curt Hennig (champion) versus Booker T (w/o Jacqueline) 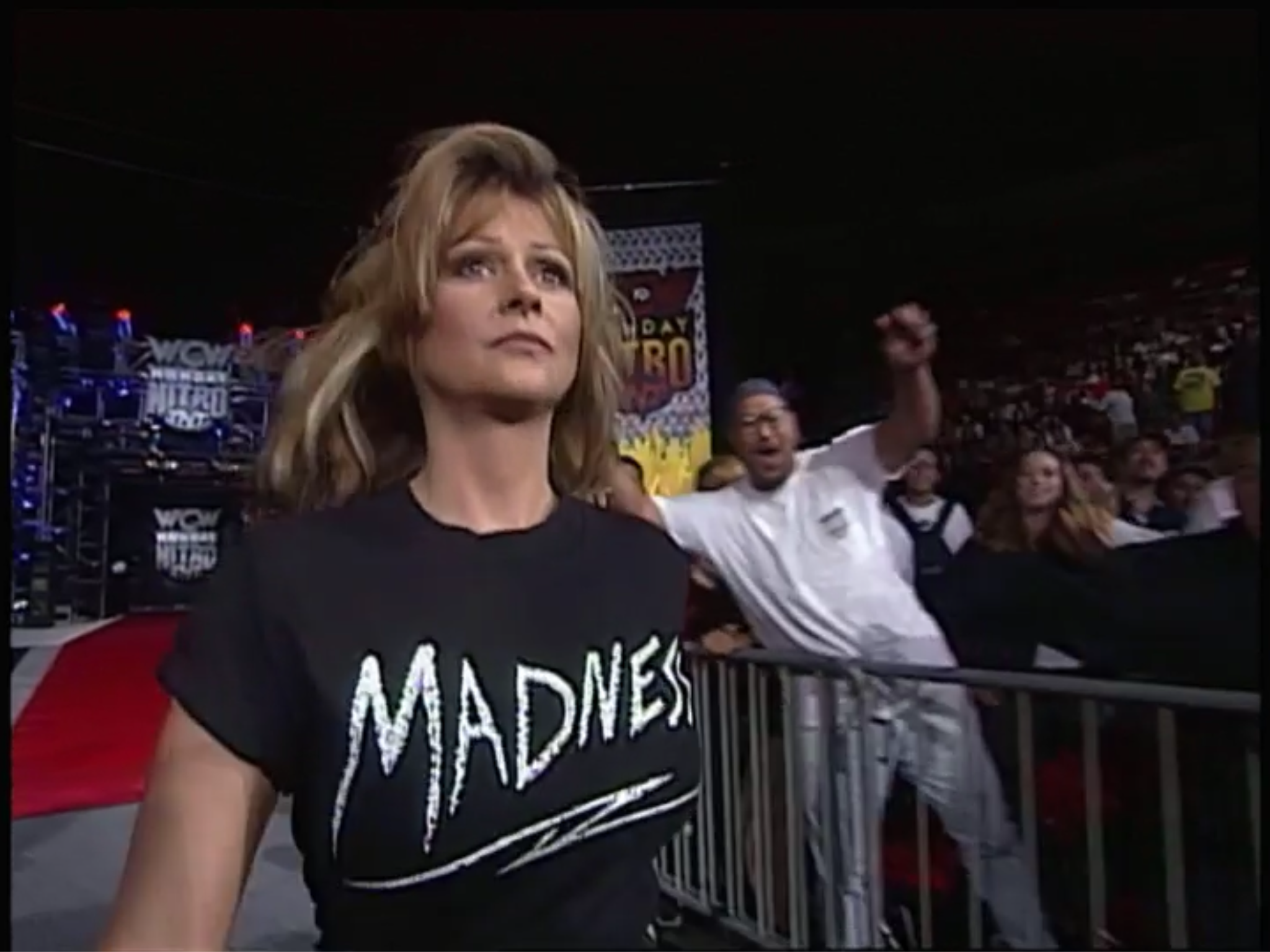 Summary: Too short to be worth much. At least they’re trying to elevate Booker T.

Summary: A wicked brawl with an even more wicked steel railing shot by Savage. I hope WCW’s dental plan takes good care of him.

After the match, Flair grabs Hennig, but Savage CLOCKS him with the US title belt. Savage then slams Flair, mounts the top turnbuckle, and hits a big elbow. Upon tying Flair to the Tree of Woe, WE’RE OUTTA TIME!

Conclusion: Absolutely EXPLOSIVE post-PPV edition of the show. While three hours allows WCW to showcase its immense roster, it’s a lot of wrestling to swallow in one gulp. I doubt the WWF can touch this episode in the ratings though.