Believe it or not, RAW is WAR comes to Madison Square Garden for the very first time! Something absolutely phenomenal will take place, right? Let’s find out!

***BREAKING NEWS*** WWF owner Vince McMahon sat down with Bret Hart in order to breach Hart’s 20-year contract intentionally. While Vince claimed that he couldn’t afford it, sources state that Vince wanted to take the WWF public in order to compete with WCW. In order to do so, investors would run screaming with Bret’s elongated contract stuck on the books. More on this story as it develops.

Ross narrates a nostalgic look at past WWF events at Madison Square Garden. 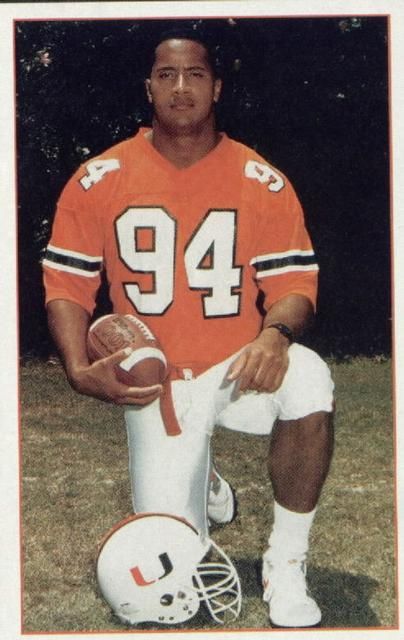 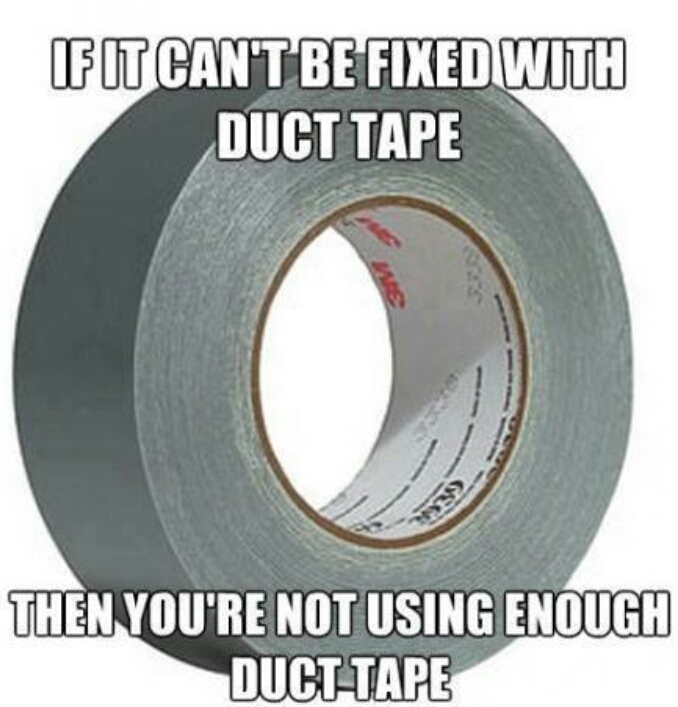 Summary: The MSG faithful’s disdain for Maivia was one of the highlights of the match. The other, unfortunately, was Johnson’s hand injury.

Austin’s music plays, and Austin stands among the MSG faithful. Who is he, DDP? Regardless, he vows to “whip somebody’s ass.” 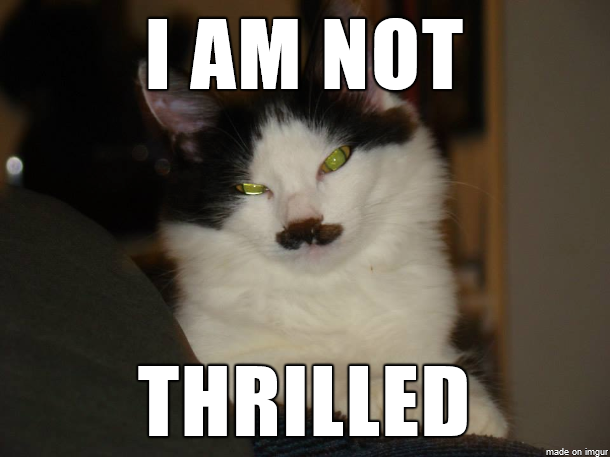 Seated among the MSG faithful is legendary boxer Floyd Patterson.

We then revisit stills from the PPV two nights ago when Shawn Michaels STOLE the European title from Smith much to the chagrin of the Birmingham faithful. Someone notify the Birmingham police!

Since he wasn’t here last week, Undertaker graces us with his presence in the ring. According to Vince, the winner of the Hell in a Cell match will earn a WWF title shot at Survivor Series ‘97. Undertaker cuts a promo on Michaels. Afterward, the NEW European champion, with the belt over his shoulder, rebuts from the ramp.

Michaels then touts his Grand Slam status and announces that he “won’t lay down for anybody.” Selfish prick. Regardless, Michaels is seeking a “garden party.” Um...really? He might want to hit up East Greenwich Village. Nevertheless, he finishes his promo on Undertaker.

Prior to the next match, we revisit last week’s episode when Faarooq inadvertently injured Shamrock with a spinebuster.

Match 2: Faarooq & Kama Mustafa (w/ the Nation of Domination) versus the Road Warriors

Summary: Mere appetizer for the PPV. MSG MEMORY; "Superfly” Jimmy Snuka connects with a splash from the top of the cage back in 1983.

Summary: Mere exercise to get to the logical finish with Goldust.

After the match, Goldust tries to attack Pillman. Unfortunately for Goldust, Pillman hightails it with Marlena. Owen then grabs the microphone to gloat about his victory and dedicates the match to his “loving brother” Bret.

Suddenly, Austin interrupts and ambushes Owen. New York’s finest immediately grab him, but Austin stands his ground. For some reason, Vince leaves the broadcast table and enters the ring. He then pleads with the police not to arrest him. Following that, he questions Austin about his behavior and tells him not to break the law.

When Vince advises Austin about his medical condition, he states the WWF will not allow him to compete against doctor’s orders. He then informs Austin to “work within the system.” In rebuttal, Austin offers the following:

“You know as well as I do that this is what I do for a living. This is all that I do, and can’t nobody tell that I ain’t the best in the damn world...Sit here and tell me to “work within the system.” You ain’t the one sitting on your ass at the house like I am. But, if that’s what it takes, to make you or the World Wrestling Federation happy, I feel like Cool Hand Luke. I’ll work within your stupid little system.

He then delivers the Stone Cold Stunner to Vince. In reality, it’s the first time any wrestler lays a finger on him. While it may seem that Vince was just in harm’s way, the angle makes sense because Austin has zero regard for authority, and Ross yells in anger about the WWF owner getting assaulted.

Nonetheless, New York’s finest arrests Austin while the MSG faithful chant “Au-stin.” Ross then states that Austin’s “on his way to jail” and “fired.” Considering the overwhelming positive reaction from the MSG faithful, I beg to differ.

We then revisit the Stunner heard ‘round the world while Ross subtly mocks Schiavone.

Prior to the next match, Lawler interviews USA’s Up All Night host Rhonda Shear. 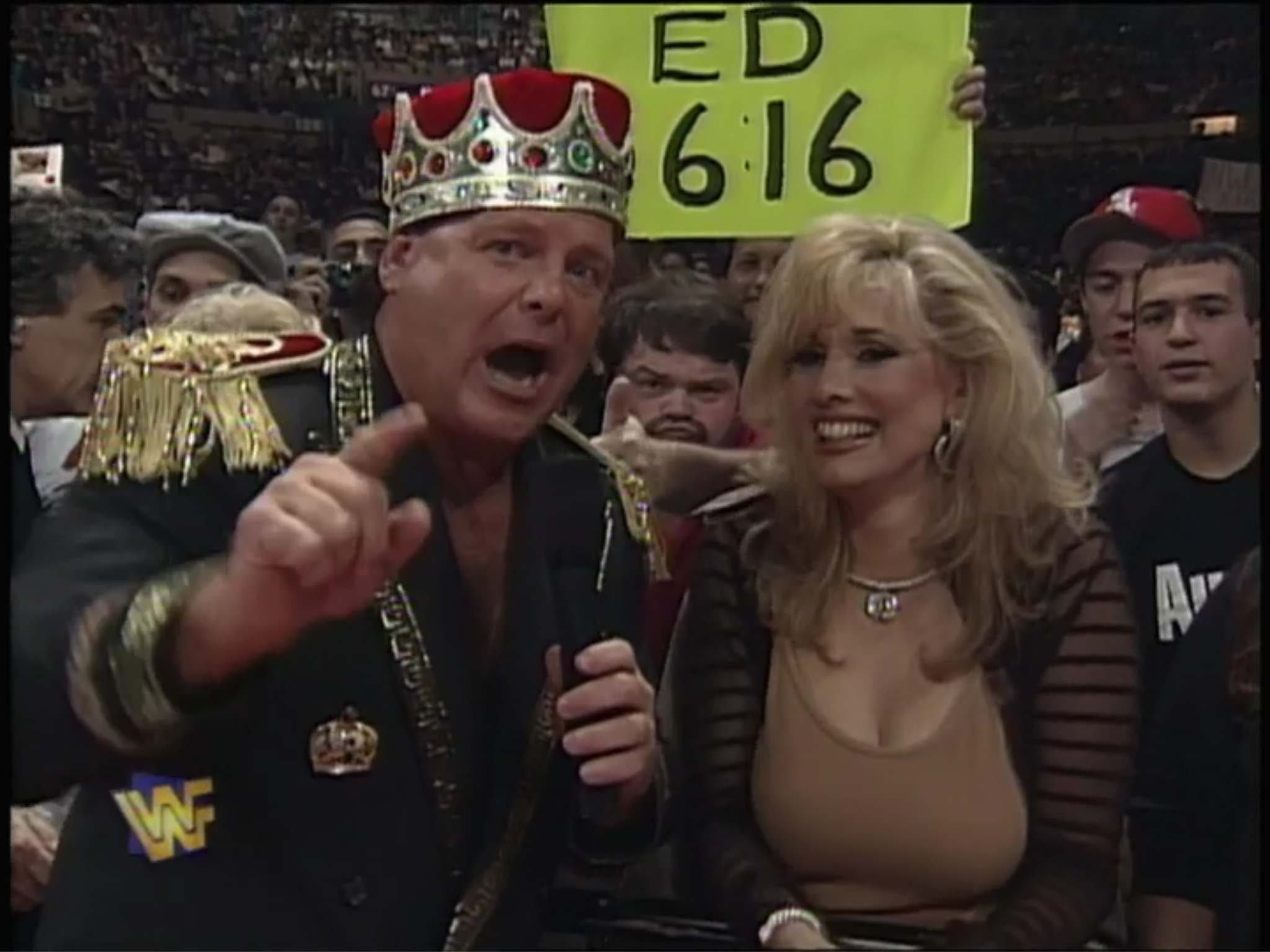 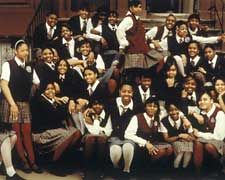 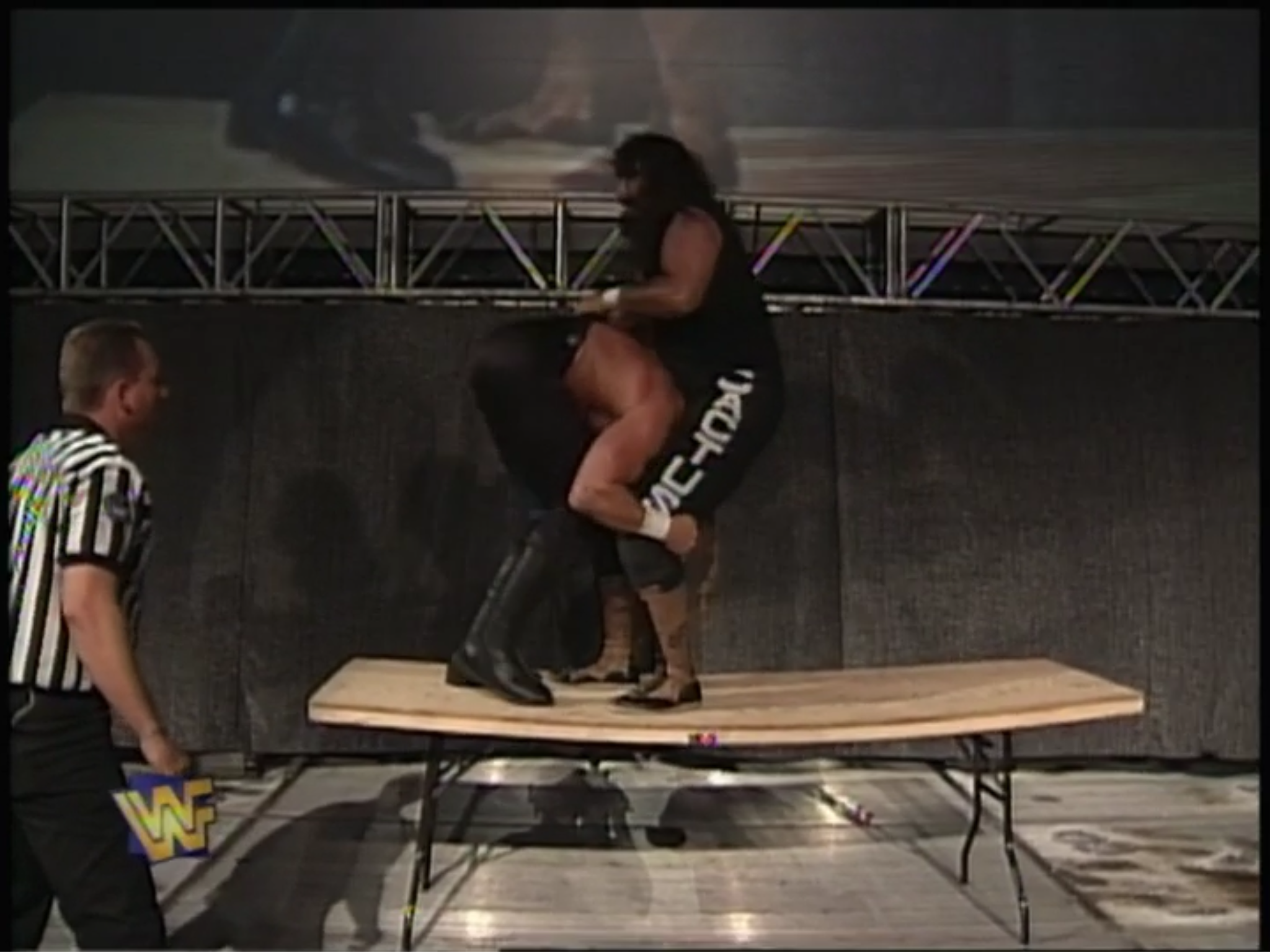 Summary: Absolutely insane brawl with hellacious bumps by both wrestlers. This match remains a classic RAW moment to this day.

MSG MEMORY: Andre the Giant slams Big John Studd to win the match and $15,000 at the inaugural WrestleMania.

We then revisit stills from One Night Only.

Michaels returns and enters the ring with a steel chair. As Michaels challenges him RIGHT NOW, Undertaker answers in person. Abruptly, Helmsley tries to attack but gets nailed. Michaels then destroys Undertaker with a chair, and he and Helmsley double-team him. “Ravishing” Rick Rude and Chyna join to quadruple-team Undertaker. Remarkably, Undertaker absorbs the punishment and chases them off with the chair.

In Your House XVIII: Bad Blood is sponsored by Sony Playstation.

Prior to the main event, Bret cuts a promo on both Undertaker and Michaels. 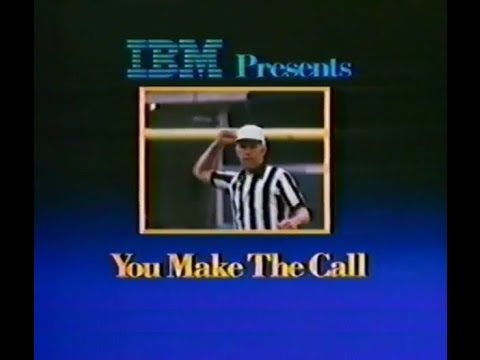 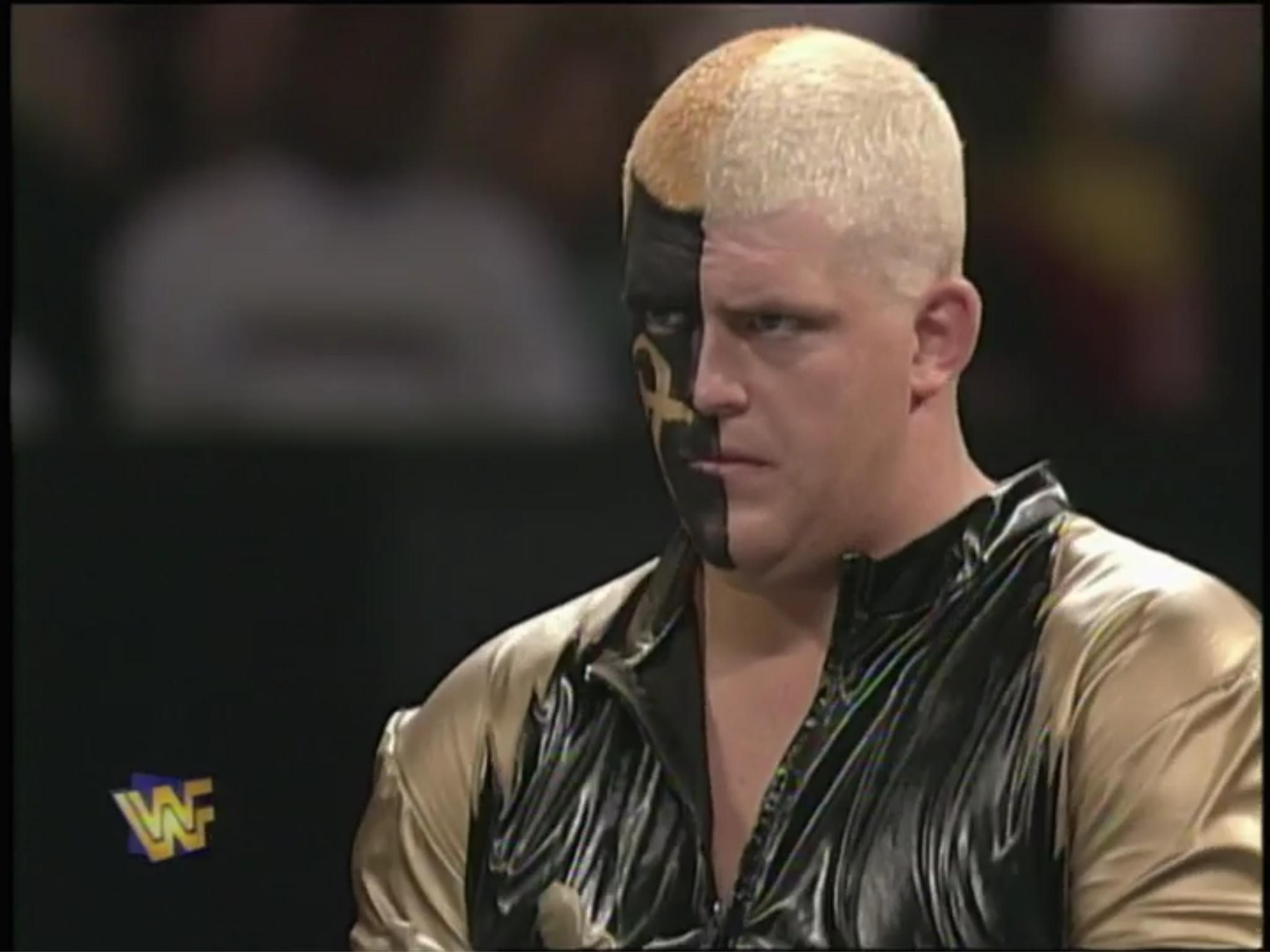 Summary: Neither wrestler was feeling it, and that’s an awful thing to do in MSG. Regrettably, this would be Bret’s last match as an active wrestler in MSG.

After the match, Bret won’t release the hold so Michaels hits the ring and Bret. As Bret gets the upper hand on Michaels, Helmsley and Chyna join the melee. Owen sprints to the ring to help his brother while Smith limps to even the odds. Rude and Neidhart also enter the ring before Undertaker inserts himself to the mix. To close out the show, Undertaker double-chokeslams both Bret and Michaels.

Conclusion: While I would normally complain about only five matches within a 2-hour show, the Cactus-Helmsley match along with the Austin-Vince angle make this an historic and must-see episode. Can it propel the WWF into ratings victory?

Who won? Nope, Nitro won again for the fifty-ninth straight week. Next week, Nitro invades a WWF stronghold in Worcester while RAW is WAR is taped from Albany. Who knows what’ll happen?