Place your bets! Who’s taking the favorite and who’s betting the underdog? Speaking of underdogs, will Jarrett upend Hennig and regain the US title? Let’s find out!

As Schiavone, Tenay, and Zbyszko welcome us to the show, Eric Bischoff interrupts them and warns Zbyszko about getting involved in nWo business. Zbyszko then helps us revisit Great American Bash ‘96 when the Outsiders PULVERIZED Bischoff. Afterward, he cuts a promo on Bischoff.

Summary: Good match between the luchadores while Mysterio preps for his title shot at the PPV.

After the match, Eddie confronts Mysterio on the apron, but referee Mark Curtis advises him to return to the floor. Mysterio then leaps over Curtis and hits a somersault plancha on Eddie. Woohoo! 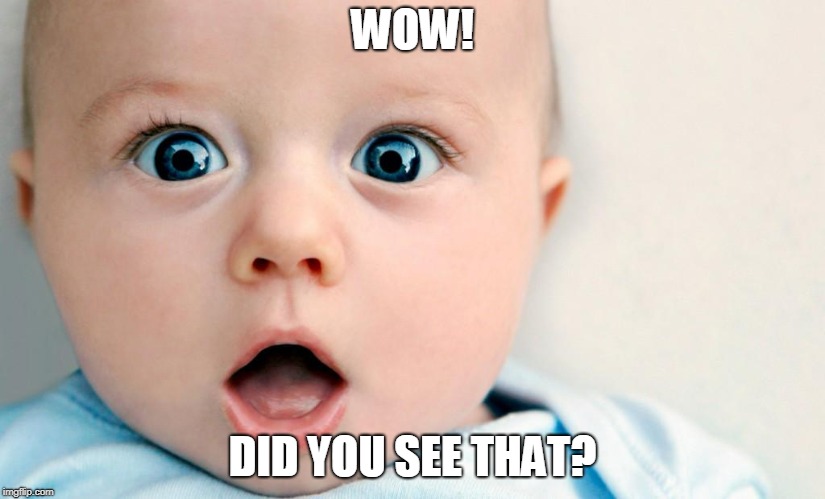 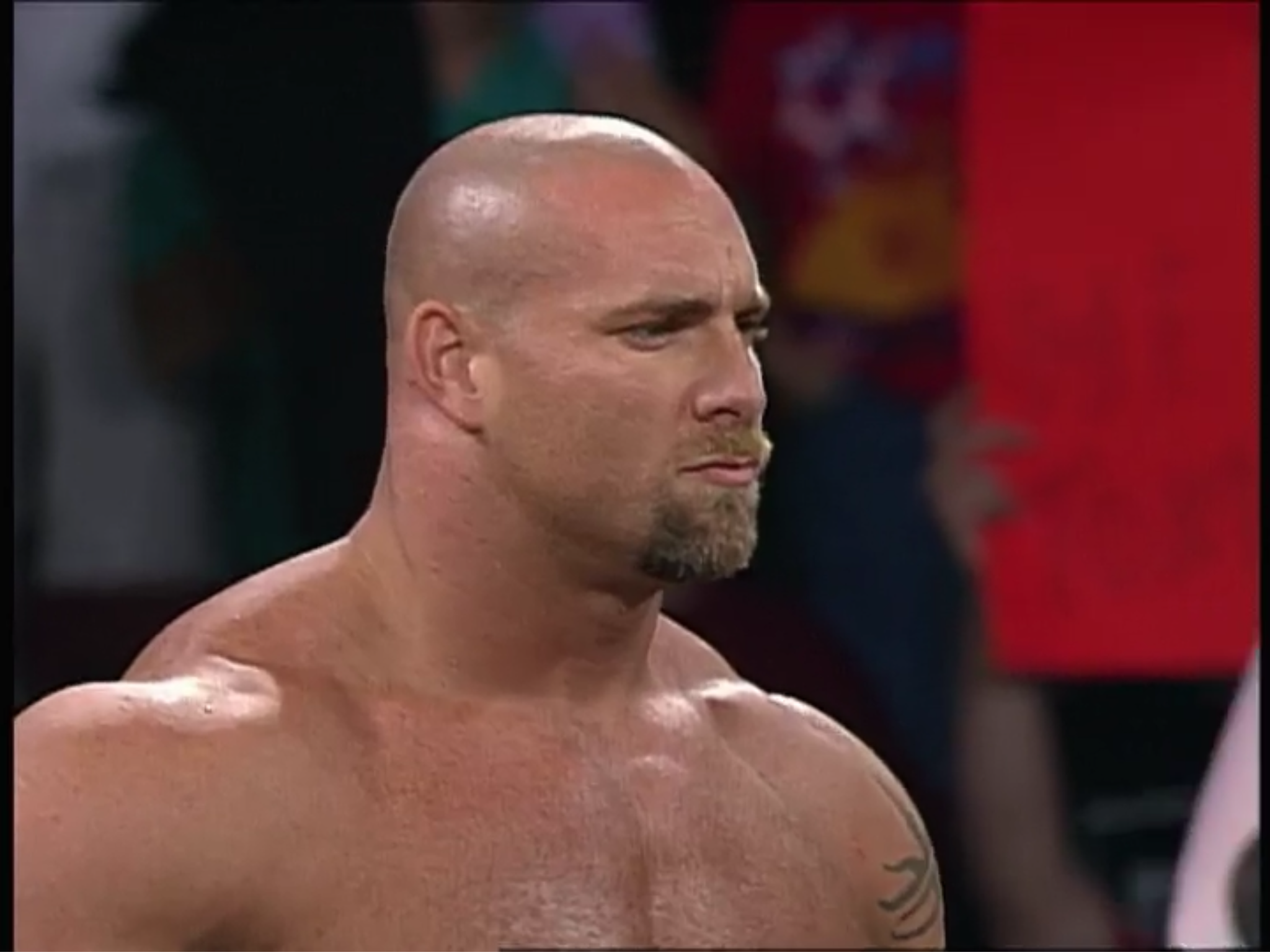 Summary: This match marks Goldberg’s TV pro wrestling debut. Solid victory but he got lost in spots much like a green rookie would be.

After the match, “Mean” Gene Okerlund attempts to interview Goldberg who remains stoic and walks away.

Nitro Girls dance in the ring wearing white while Schiavone shills an upcoming show in Fairfax, VA. Next, he shills the Nitro Party contest.

We then revisit Fall Brawl ‘97 when Zbyszko asserted his authority and counted the pin in favor of WCW.

Summary: Instead of parading around trying to maintain his appearance, Disco busted his ass, stood toe-to-toe with Wright, and persevered. Congrats, Disco!

After the match, Jacqueline drags Okerlund to the ring and confronts the NEW WCW World TV champion—Disco Inferno. She then “questions” him about his six-month sabbatical earlier this year. In case you didn’t know, Disco refused to job to Jacqueline and was fired earlier in 1997. Nonetheless, she challenges Disco to a match, yet Disco dismisses it. 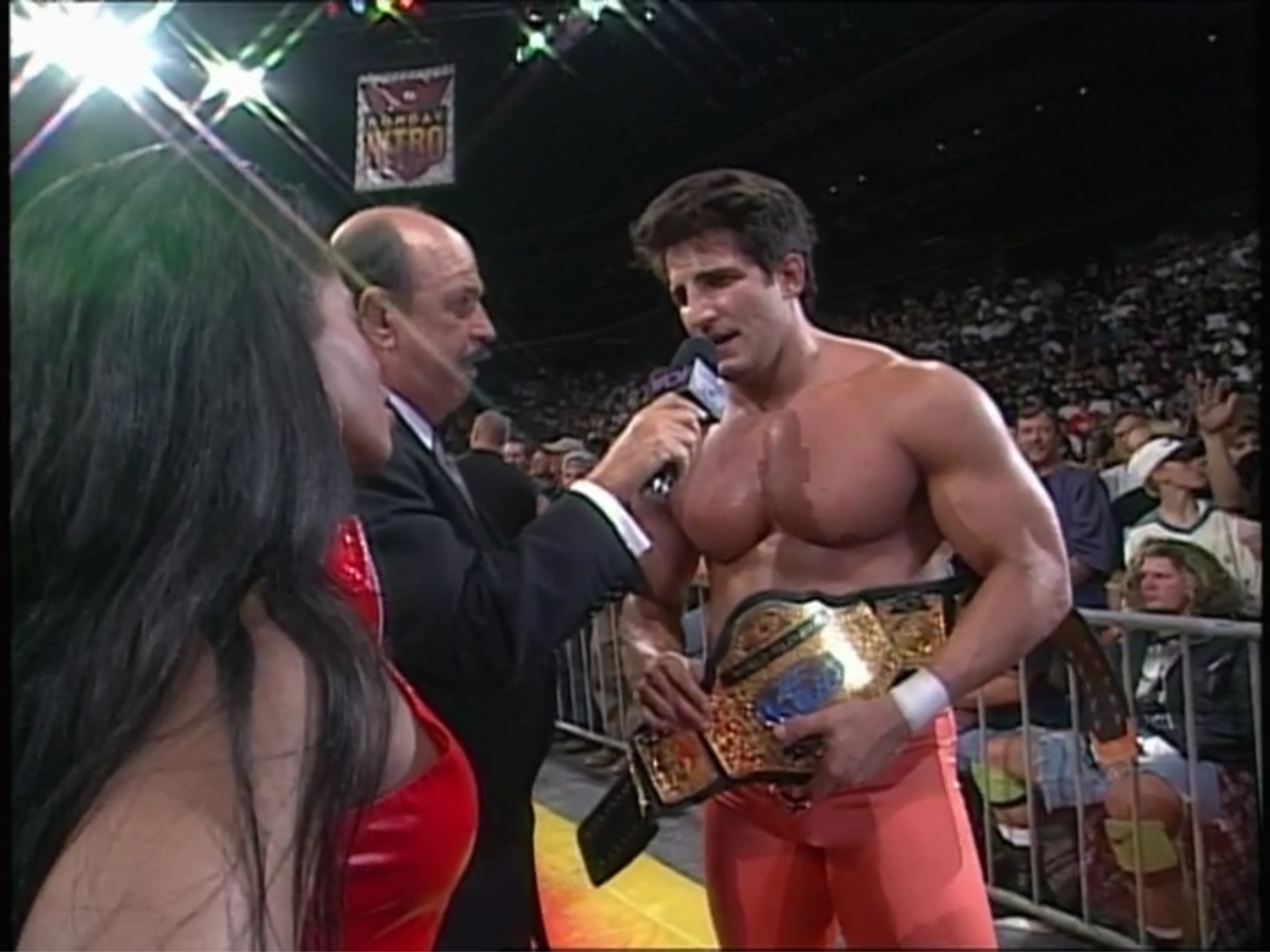 Prior to the next match, Hall grabs the microphone and performs his first survey. He then runs down Zbyszko while the Salt Lake City faithful chant “Lar-ry.” Next, he calls out Lex Luger who isn’t available. When he drops Zbyszko’s name, Zbyszko heads to the ring. In a wise move, Zbyszko refuses to enter due to Syxx’s presence and returns to the broadcast table.

Summary: Stunning upset #3 of the night. Who knows what’ll happen on Nitro, right?

After the match, Hall delivers an Outsider Edge to Garza and follows with a crotch chop. Syxx grabs Curtis and feeds him to Hall. Upon giving Curtis an Outsider Edge, Hall drags him atop Garza while Syxx pantomimes a three-count. 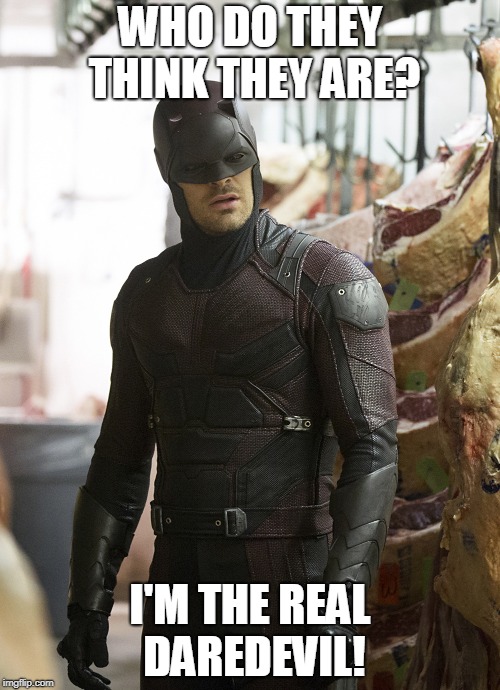 Summary: Is it a wrestling match or a train wreck? Either way, it’s a fun-filled lucha spotfest. Have your chips and salsa handy when watching this barnburner. In the ring, Okerlund interviews the interim “commissioner” --” Rowdy” Roddy Piper. While Piper mocks him, he pits Hall against Luger with Zbyszko as special guest referee at the upcoming PPV. Next, he mentions that WCW wants to ban cage matches. Despite this, Piper’s ready for his cage match against Hogan at the PPV. Finally, he cuts a promo on Hogan.

Lee Marshall then delivers the 1-800-COLLECT road report from "Worcester, MA.” Knowing Lee, he had his A1 sauce handy. 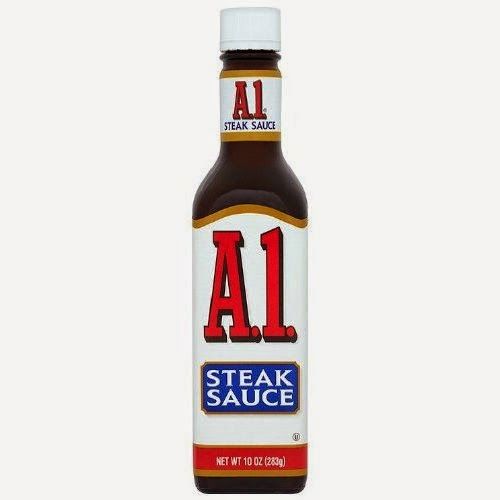 Summary: While there was a glimmer of greatness between them, neither team emptied its arsenal in this one. With that being said, upset #4 on the night transpired while the Salt Lake City faithful sought popcorn.

As Hogan makes his entrance with Bischoff, he wears Flair’s robe from last week minus the sleeves. To the WWE Network’s credit, they play a facsimile of Jimi Hendrix’s “Voodoo Chile” rather than insert the nWo theme. Hogan questions Sting’s whereabouts and “pays respect” to Hennig. While he runs down Piper, Hogan refers to the nWo as “patient fishermen.” 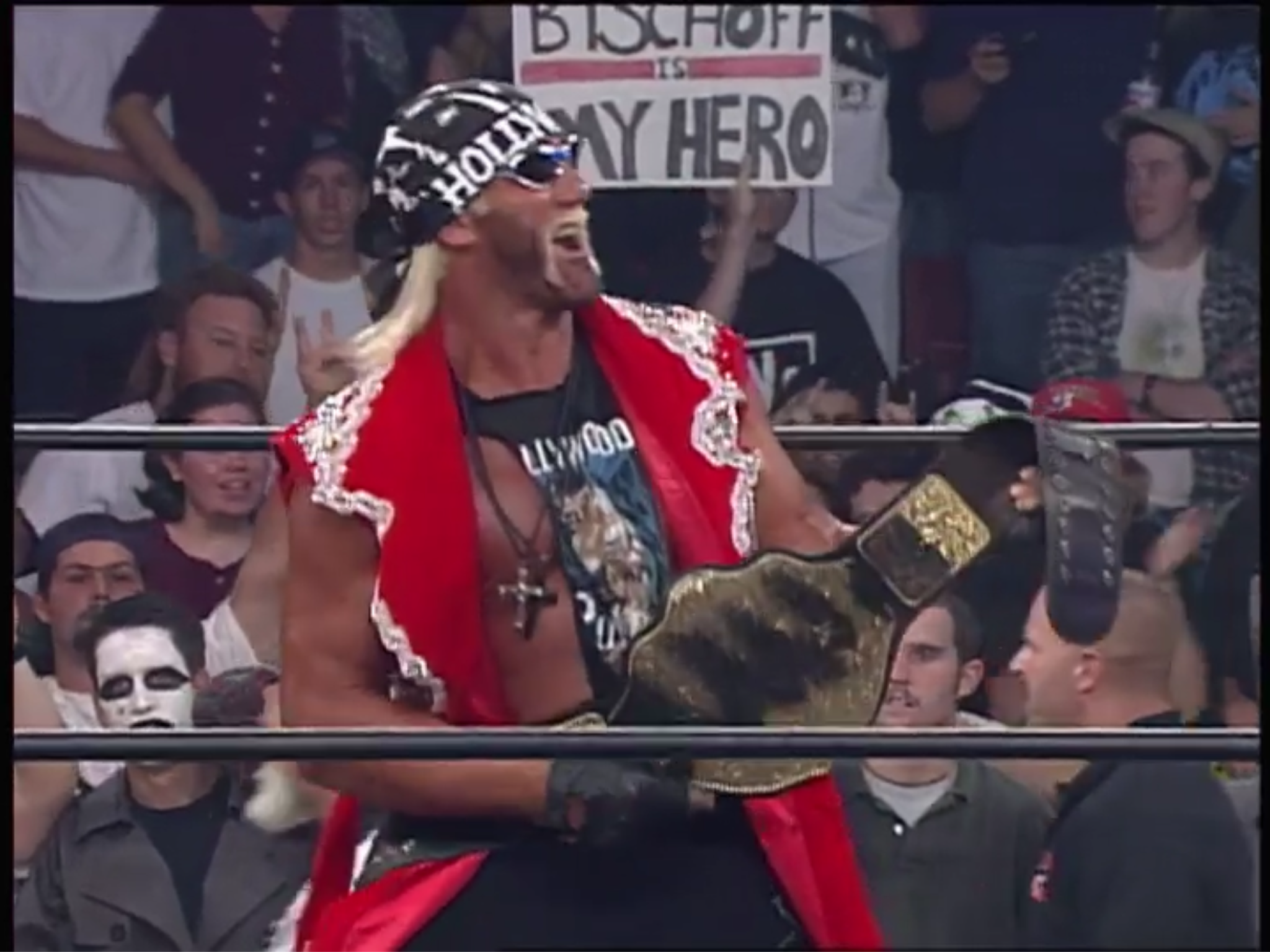 Prior to the next match, Savage grabs the microphone while he and Elizabeth run down DDP. Savage then promises a present for Hennig later in the show.

After the match, Raven jumps the steel railing, climbs into the ring, and gets in Savage’s face. As Jay tries to stop them, Savage shoves him down into the corner. Instead of touching Savage, Raven delivers a DDT to Richards. Savage then leaves the ring while Elizabeth smiles from ear-to-ear.

Nitro is sponsored by the US Army.

On WCW Saturday Night, Harlem Heat faces Wrath and Mortis. When will these shows appear on the WWE Network?

After the match, the nWo triple-teams Booker T.

The Nitro Girls dance in black at the entrance. 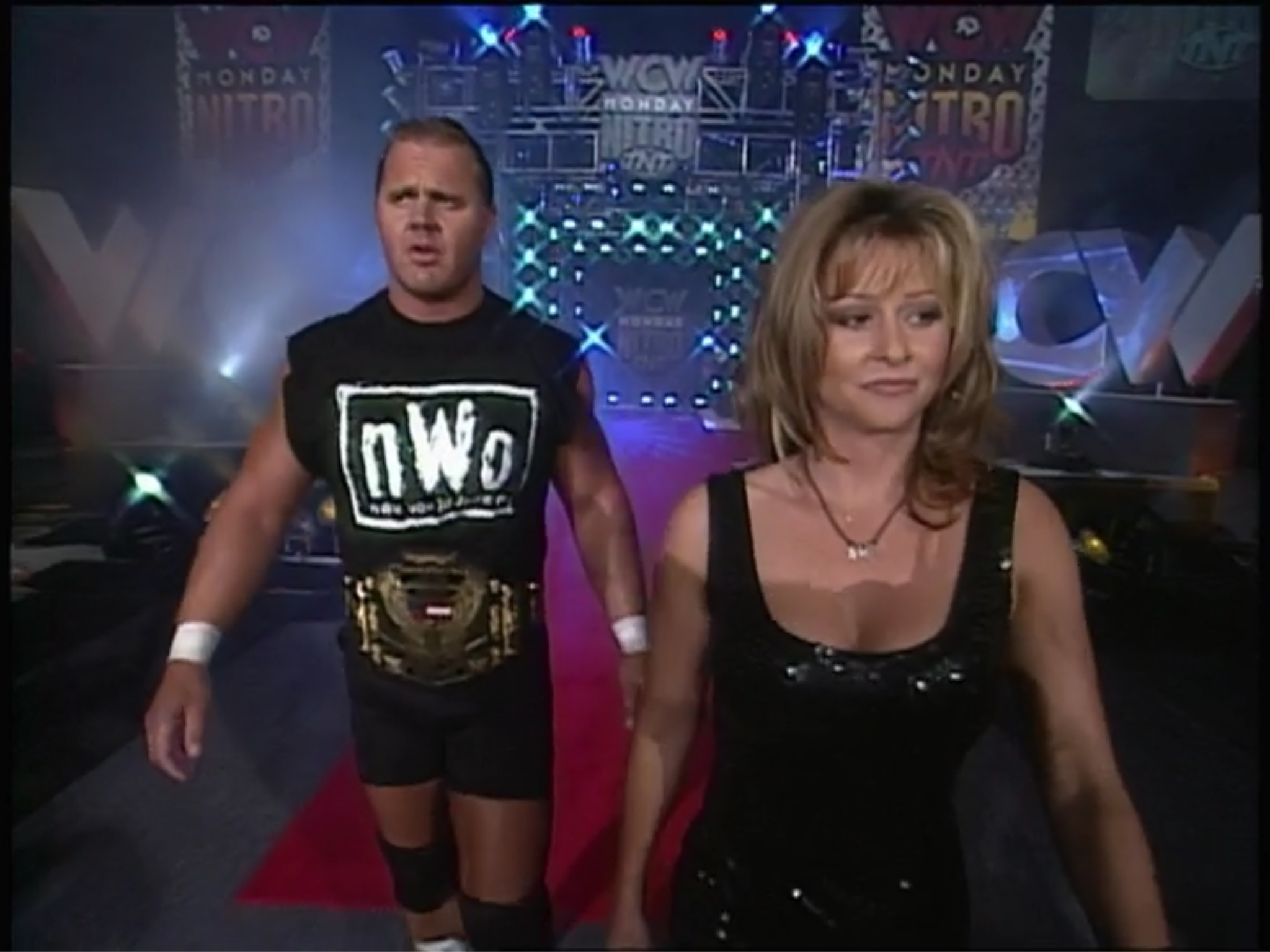 Summary: Finish made sense as the new champion should retain the title in his next televised match.

Afterward, the nWo hits the ring, and Syxx applies the Buzzkiller to Jarrett. Hogan then pounds on Jarrett until Giant arrives. As Giant enters the ring, the nWo hightails it. WE’RE OUTTA TIME!

Conclusion: The theme of the night was upsets. With four of them on the show, it gave Nitro of feeling of uncertainty and surprise. In addition, Goldberg’s debut match makes this episode historical so check it out! What’s on RAW is WAR?