WWF In Your House XIV: Revenge of the Taker

Is this show red hot? Or will we get burned? Read on!

For those that care, the Sultan defeated Flash Funk during the Free for All.

Prior to the opening match, we once again revisit the slopping of the Road Warriors. If I see this clip one more time, I’ll email a bucket of slop to Vince McMahon personally. We then revisit RAW is WAR from last week when the champs helped the Godwinns beat the Road Warriors. 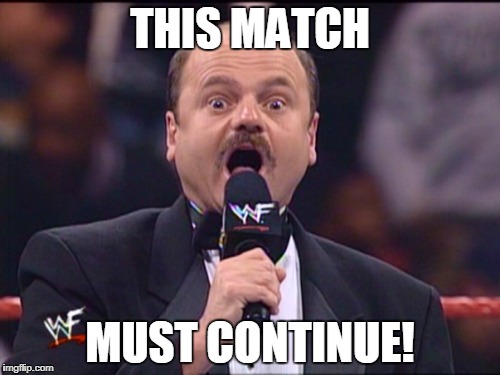 Summary: Crappy finish to an extremely good match. The bogus title change in the middle temporarily interrupted the flow of the match, but they made it work.

Backstage, Dok Hendrix interviews the champs who are miffed that Austin has arrived.

In the WWF Superstar Line room, PIllman and Sunny share a moment and shill the 900 number. 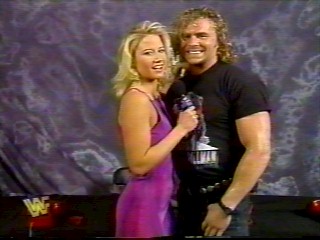 Prior to the next match, we revisit Vega’s upset of Maivia from last week. Fortunately, it was quick; otherwise, it would have required a power nap to continue viewing. Summary: Do you smell that? Yep, it’s this match. It STINKS.

After the match, Crush enters the ring to argue with Vega. The rest of the NoD comes in, and PG-13 toss Maivia back into the ring for the proverbial beatdown. Suddenly, Ahmed Johnson hits the ring with a 2x4 to scatter the NoD. He then gets on the microphone and accepts the NoD gauntlet match at the next PPV.

At the AOL desk, Ken Shamrock finds out what cybering means. Seriously, Vince mentions that Shamrock may have a challenge for Mike Tyson tomorrow night on RAW is WAR. Backstage, Hendrix interviews Sable with Marc Mero. She thanks the fans while Mero forecasts a summer return. Meanwhile, Austin enters the men’s room, and the tag champs ambush him. When Dave Hebner exits, he tells Hendrix that he’s seeking (medical) help for Austin.

Summary: This was RAW is WAR fodder at best if not Shotgun Saturday Night fare andhad ZERO reason to be on PPV.

After the match, Honkytonk Man almost parts Jammes’ crew cut with a guitar but hits the top turnbuckle instead.

Backstage, Hendrix shills the Undertaker door banner for only $29.95.

From the locker room, Kelly interviews Austin who may have gotten beaten up but will still face Bret tonight. After Austin insults Bret and his family, WWF President Gorilla Monsoon shuffles the card to make the Austin-Bret match the main event. Although appropriate due to the matchup, it diminishes the value of the WWF title match.

From the heel locker room, Lance Wright interviews the Hart Foundation. Thank goodness, the camera stayed still for it.

A creepy video narrated by Todd Pettengill airs. Um, Halloween’s in six months. What the fuck is this shit? Russo must have been taking the good stuff.

Backstage, Hendrix interviews Mankind with Paul Bearer who informs Undertaker that his screams will be “music to my ear.” HA! 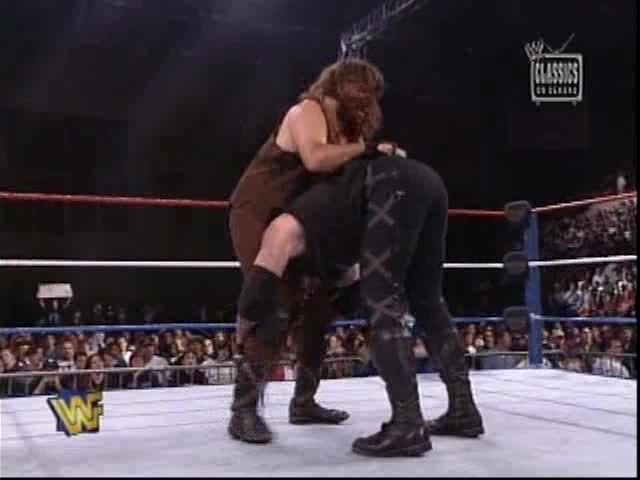 After the match, Undertaker poses with the belt under ultraviolet light. He then saunters after Bearer, catches him, but Mankind gets to his feet. Apparently, he’s ready to ignite another fireball, but the lighter won’t illuminate. Undertaker then takes the flash paper and gives Bearer the fireball. While Bearer covers his face with his jacket, Mankind and some EMTs help him backstage.

While Bearer’s whines can be overheard, Hendrix interviews the Hart Foundation. Bret’s ready to beat Austin for the third consecutive time. 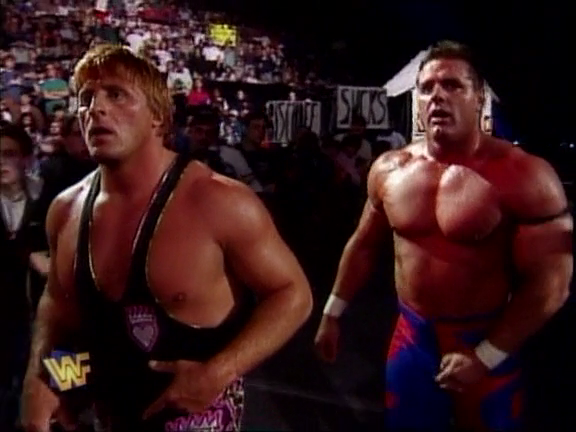 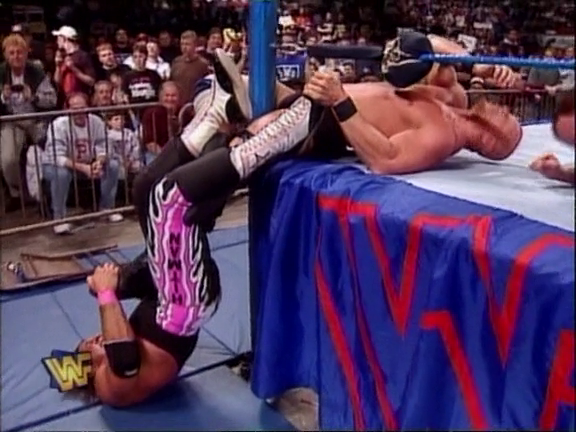 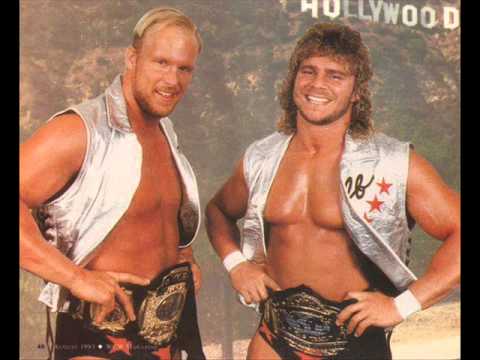 Summary: Horrible finish to an incredibly exciting match. While not as good as their two previous encounters, it’s not bad considering both wrestlers had serious knee problems.

After the match, Bret grabs the bell and enters the ring. Before he can hit Austin with it, Austin nails Bret’s knee with a chair. He then reapplies the Sharpshooter until officials separate him from Bret. Finally, Smith and Owen grab Bret and help him backstage to end the show.

Conclusion: While the action was good, nothing historical occurred. The opener, the WWF title match, and the main event carried the show like they should, but the midcard was HORRENDOUS. What will happen on RAW is WAR tomorrow night? Will there be more drama between Austin and the Hart Foundation? I can’t wait!