Can Shamrock reach the top of the mountain and dethrone Michaels? Will Austin retrieve the Intercontinental belt? Or will the Rock beat him? Will HHH survive a boot camp match? Or will Slaughter make him drop and give him twenty? Let’s find out! Summary: Despite the inadvertent blood from Christopher, he reigned in Michinoku’s high-flying and put him over much to Lawler’s chagrin.

After the match, Gerald Brisco and Pat Patterson present Michinoku with the Light Heavyweight title. Photographers, allegedly from Japan, captured the moment.

Prior to the next match, we revisit last week’s episode of RAW is WAR when the ludicrous gang wars continued despite Chainz and Perez’s participation in a four corners match.

Summary: If there’s a consensus about this feud, it’s this: NOBODY CARES! Perez’s chicanery allowed Los Boricuas to steal the match despite the Springfield faithful’s absolute apathy for the match.

Back in the locker room, Dok Hendrix interviews Butterbean with Art Dore and Murray Sutherland. Butterbean believes last night’s PPV match was a “warm-up” and defends Sable’s honor. What a gentleman!

Footage of Mero’s Golden Gloves work and shenanigans from last week’s RAW Is WAR are shown.

Backstage, Michael Cole interviews Sable who was in Butterbean’s corner during last night’s PPV. She will be in Mero’s corner, but Mero interjects to harass her and cuts a promo on “that fat tub of crap.”

Summary: Boxing matches in wrestling are a heel’s dream, so he can cheat every which way before getting himself disqualified. During the whole fiasco, the Springfield faithful made a run for popcorn.

After the match, Mero CRACKED Butterbean with his stool twice before hightailing it backstage. An infuriated Butterbean chases after Mero. Backstage, Cole interviews the Road Warriors. Footage of their title loss from two weeks are shown, and Animal calls Dog and Gunn “sissies.” Politely, Hawk compares them to a booger. OK, I don’t know which segment was ickier.

Summary: The tag formula held the match together, but the Godwinn DQ finish stunk up the ring.

Prior to the next match, a promo featuring Slaughter airs.

After HHH makes his entrance, Jim Cornette interviews Slaughter who refers to HHH as “human excretion.” Summary: Project put-HHH-over continued as Slaughter took what HHH had and made it look decent. On the other hand, all of HHH’s heat came from Chyna.

Backstage, Cole interviews Jarrett who’s ready to use Undertaker as a stepping stone. 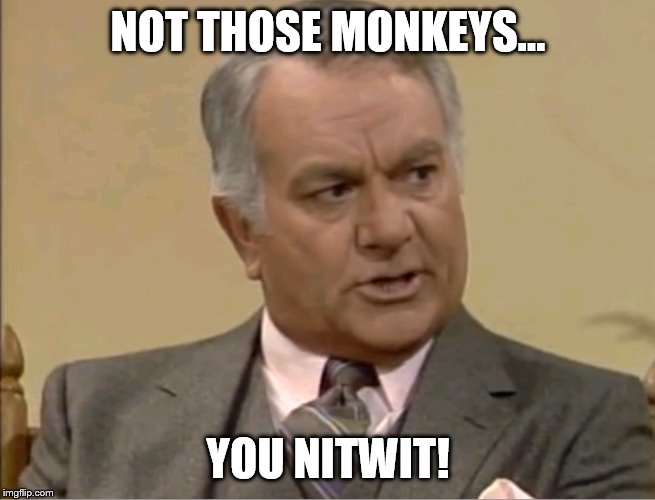 Match 6: The Undertaker versus Jeff Jarrett

Summary: More storyline than match as the Undertaker-Kane angle continues to unfold.

After the match, Kane stands face-to-face with Undertaker, slaps him, and ignites the turnbuckles. When Kane leaves, Jarrett ambushes Undertaker and attempts a figure-four leg lock. On the other hand, Undertaker blocks it with a choke and chokeslams him. 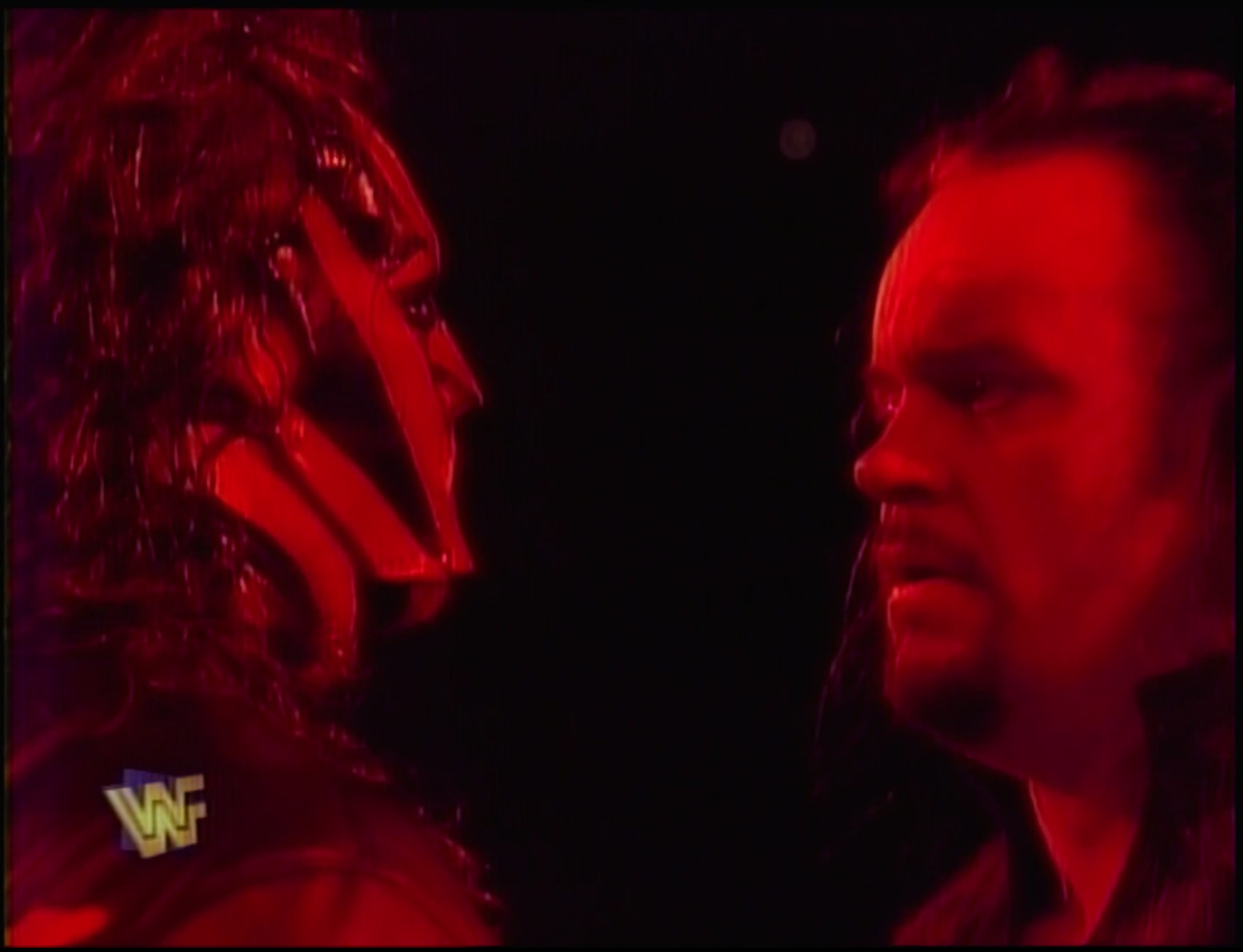 In the cheap seats, Cole interviews Mark Henry who’s ready to make his return to the ring.

Match 7 for the WWF Intercontinental title: Stone Cold Steve Austin (champion) versus the Rock (w/ the Nation of Domination)

Summary: Truly exciting match where the Springfield faithful were into it from beginning to end. I smell a future PPV main event between these two.

To celebrate his victory, Austin stood atop the cab of the truck and provided his single-finger salute.

We then revisit last week’s episode of RAW is WAR when DeGeneration-X mocks Shamrock’s ankle lock and humiliates JIm Neidhart.

Back in the locker room, Cornette interviews Shamrock who declares that Michaels will be “squealing like a baby.”

After Shamrock makes his entrance, Michaels cuts a promo on him alongside DeGeneration-X. He also made fun of JR just to be a dick.

Summary: Michaels has been called a lot of things in his career, but on this night, he was a magician. His ability to carry Shamrock to this level is astounding.

After the match, Chyna and HHH double-team Shamrock until HHH tosses him over the top rope to the floor. Suddenly, Owen Hart comes out of nowhere and shoves Michaels off the apron through the Spanish broadcast table. He then pummels Michaels and hightails it when HHH makes the save. Justice for Bret!

Conclusion: While Michaels’ performance was extraordinary once again, the true main event was Austin-Rock. Slaughter did his best to make HHH look good, but Chyna looked better and got a better reaction. The Road Warriors failed to recapture the WWF titles. What could be in store for them going forward? Lastly, Michinoku ended the disaster that was the light heavyweight tournament with a predictable win. As far as a recommendation goes, check out Austin-Rock as well as the post-main event actions by Owen.