WCW Clash of the Champions XXIII

Can the Horsemen achieve gold by defeating the Blonds? Will Scorpio become NWA World champion? How will Sting, Smith, and Rhodes handle Vader, Rude, and Sid? Let’s find out!

Summary: With the injury substitution, this became a showcase match for Simmons. 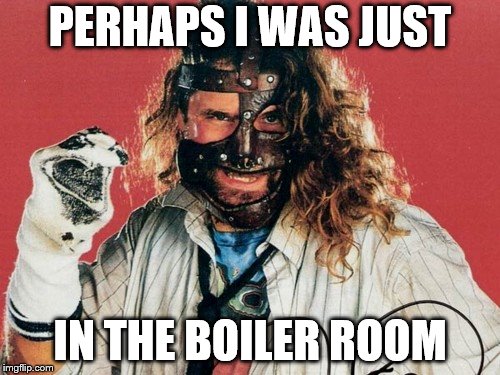 Following a commercial break, Bischoff interviews Maxx Payne who has Johnny B. Badd’s Badd Blaster. Payne offers to return the Blaster to Badd, but when Badd appears, Payne shoots it right in his face. OUCH! Due to Badd’s injury, he was forced to forfeit to Payne. Suddenly, Z-Man hits the ring and defends Badd. He then superkicks and dropkicks Payne. Ultimately, Payne applies the Payne-killer until officials break it up. 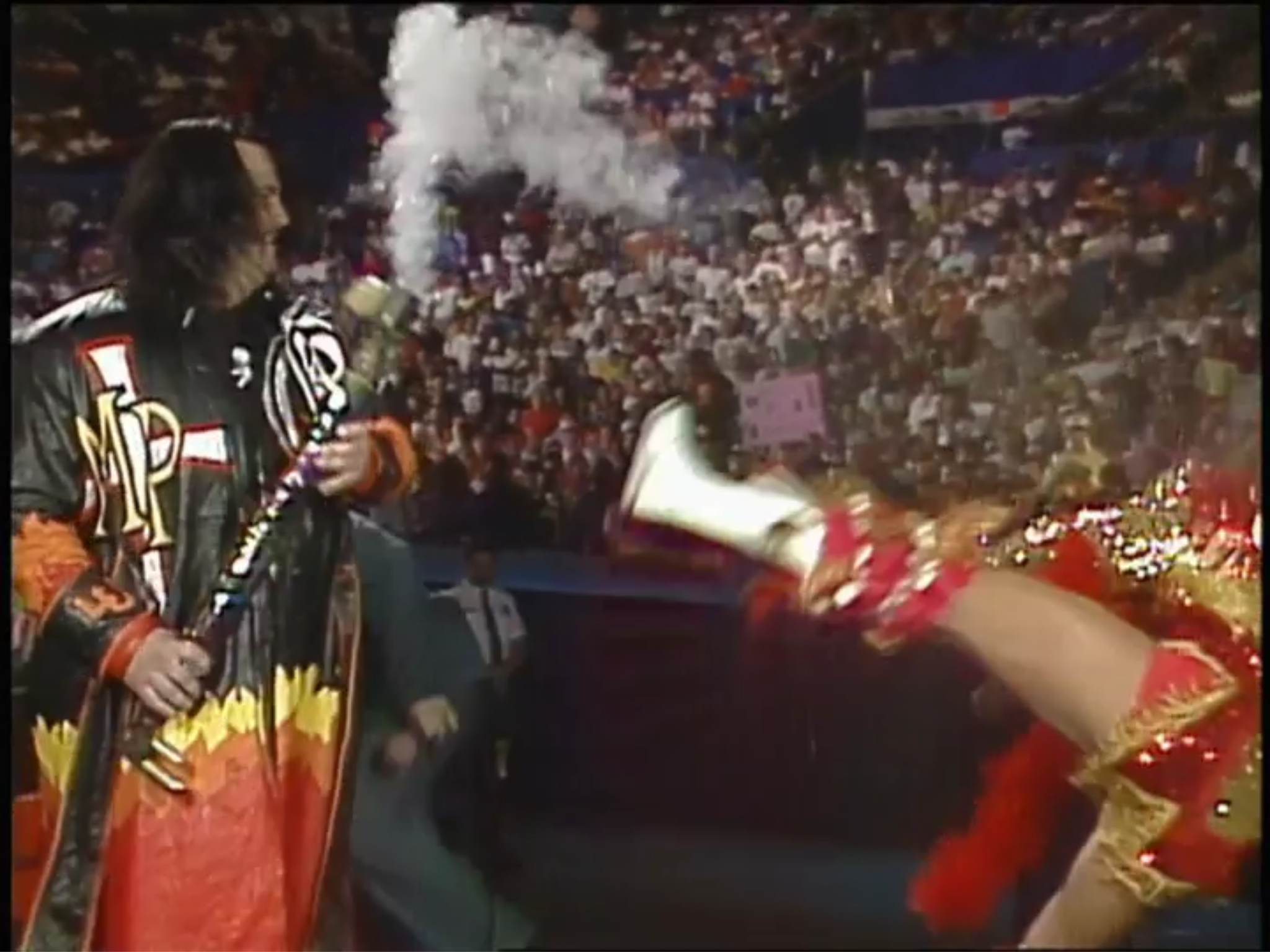 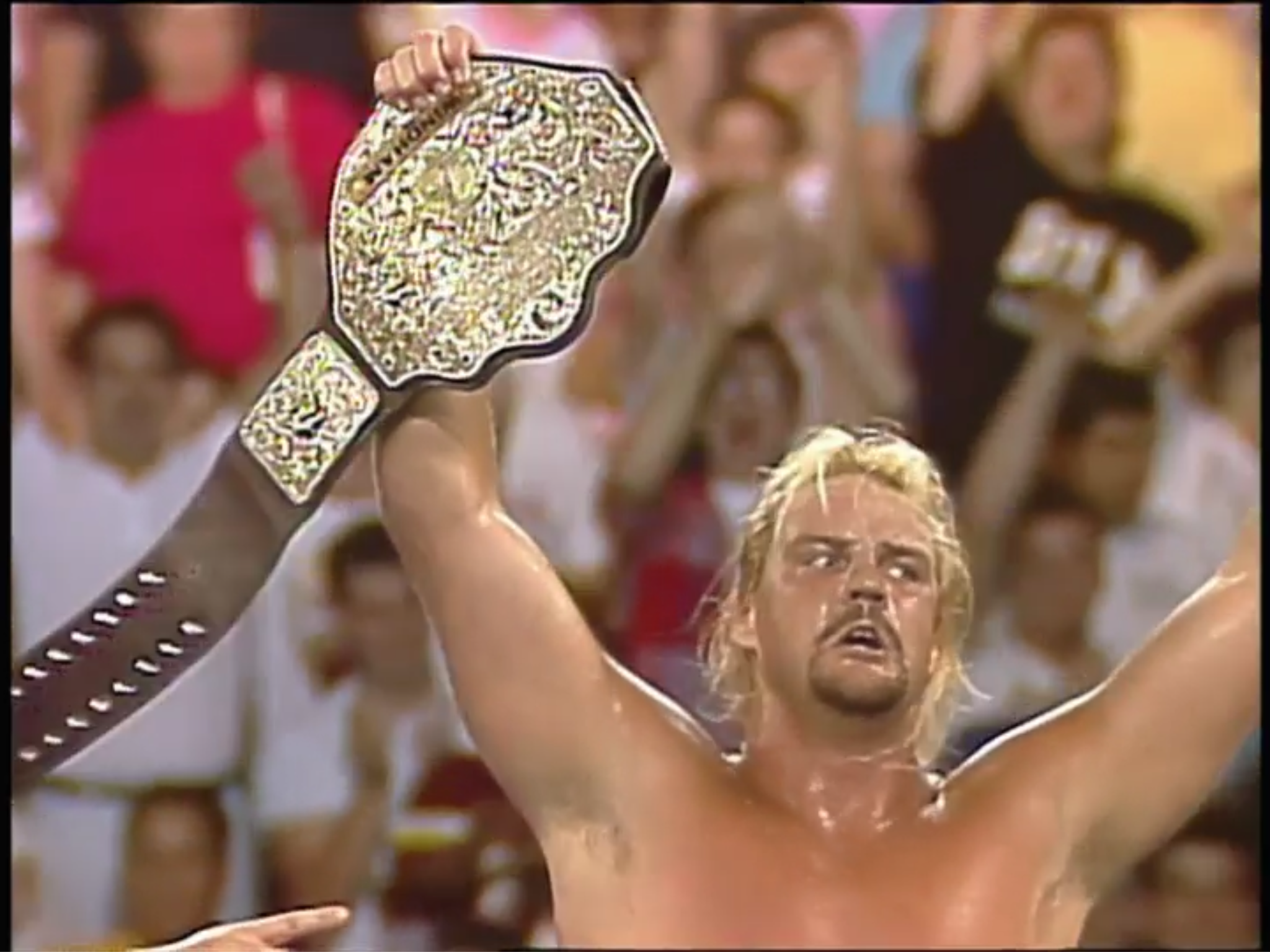 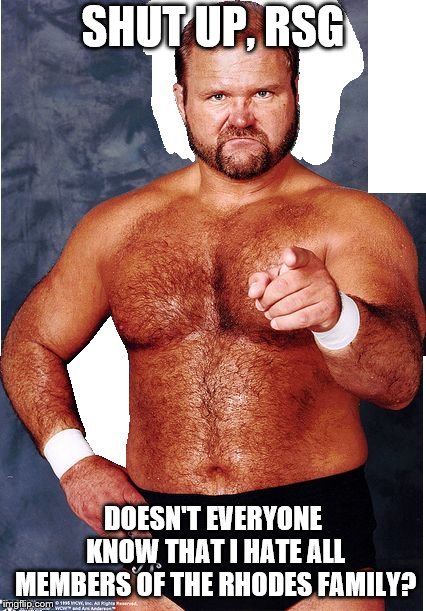 Summary: Sizzling hot match where the heels got to showcase themselves en route to victory.

After the match, Sid and Vader powerbomb Smith while Sting steals the Haliburton to chase away the heels. 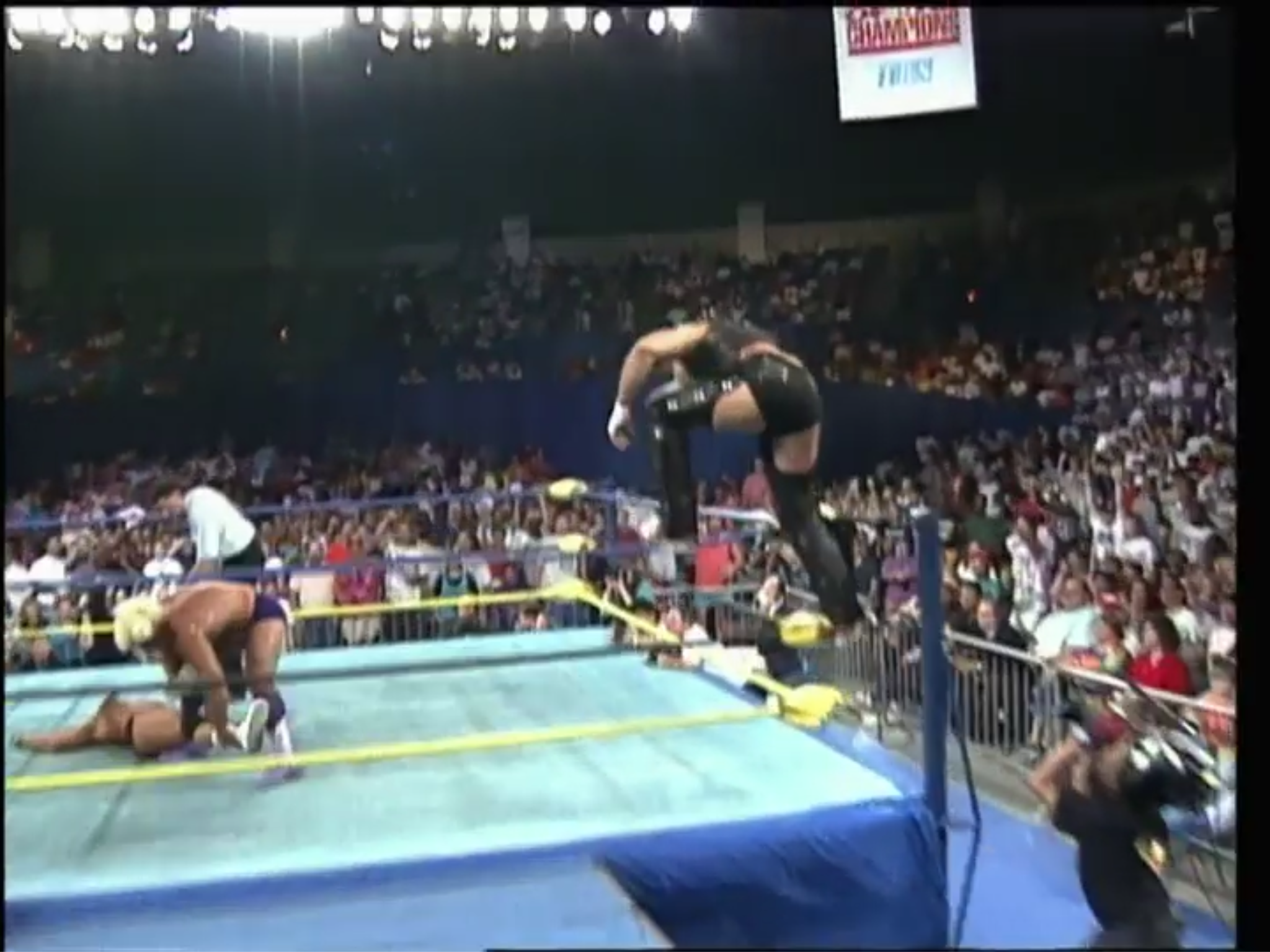 Summary: Incredible match with NUCLEAR heat. If only the match had a clean finish...

After the match, Windham nails Flair while the Blonds double-team Arn. Immediately, “Pretty” Paul Roma jumps over the steel railing to assist his fellow Horsemen. 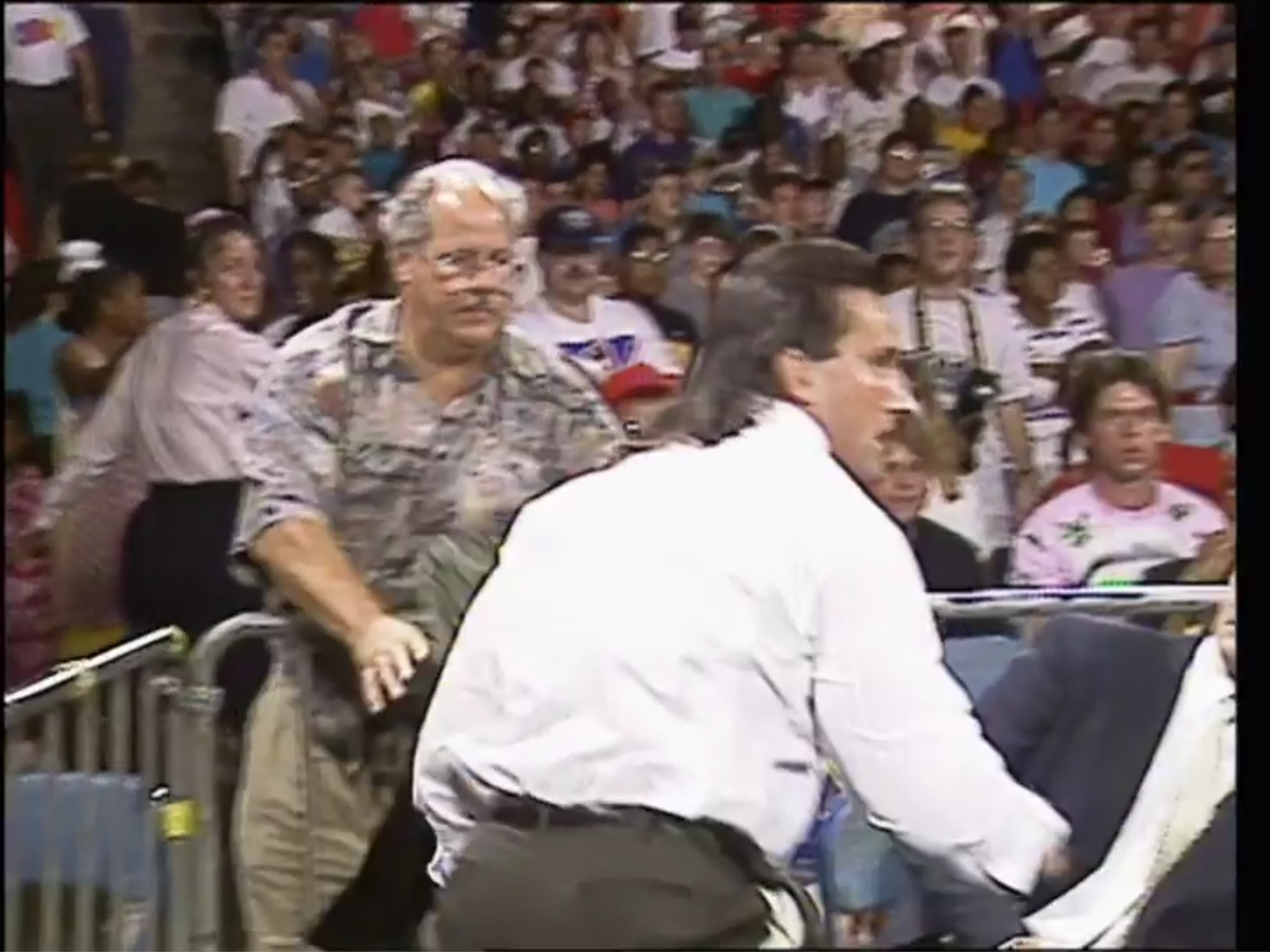 At ringside, Schiavone interviews Windham who runs down Flair. All of a sudden, Flair attacks him, and a brawl arises. 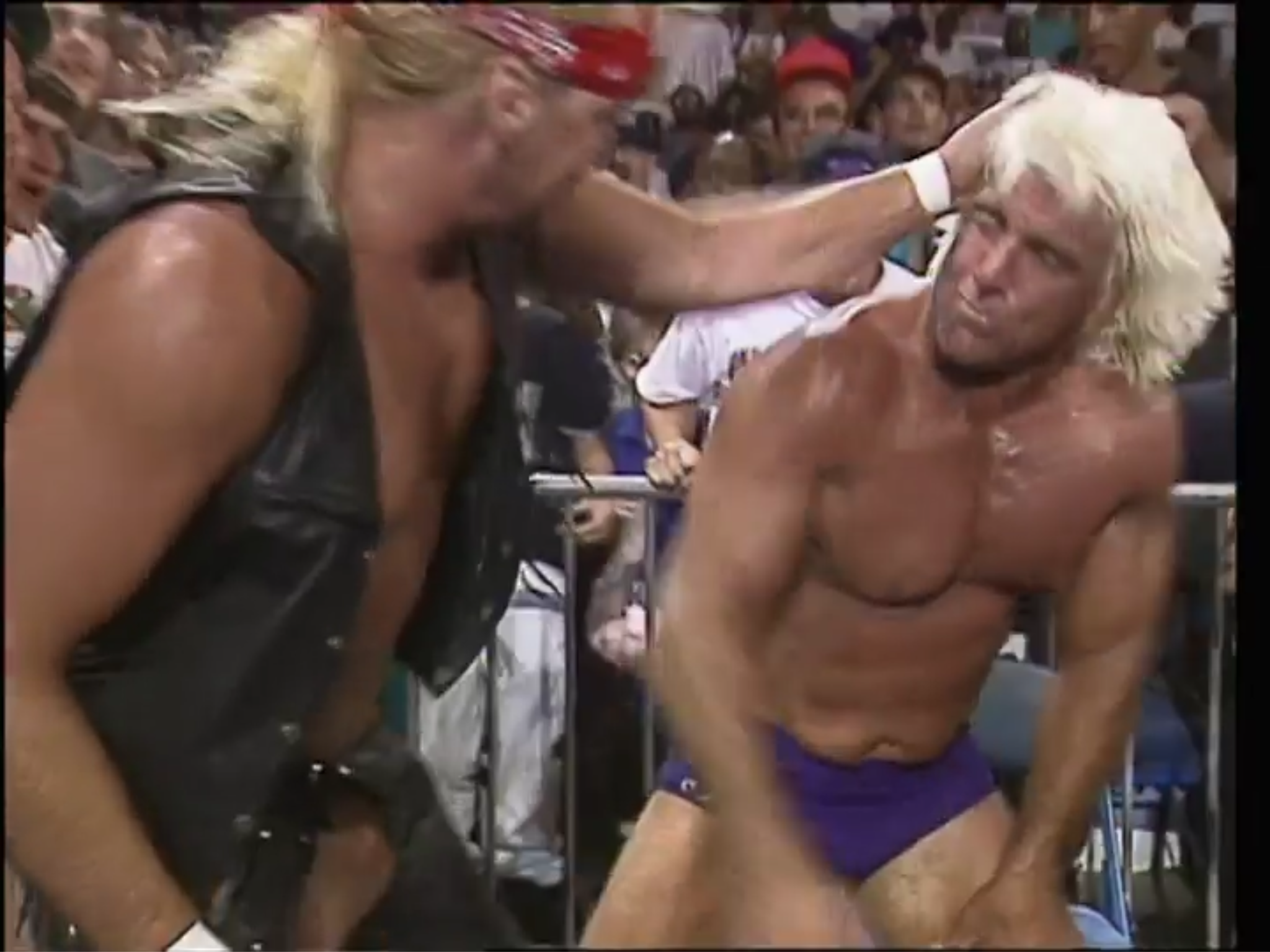 Conclusion: Are you ready for Beach Blast ‘93? Several of the matches involved feuds that will culminate at the upcoming PPV. Besides the main event, definitely check out Windham-Scorpio as well as the six-man tag match.