Will the Masters of the Powerbomb dominate? Or will Sting and Smith prevail? Can Flair win his tenth world title? How will the other Horsemen fare against the Hollywood Blonds? Let’s find out!

In lieu of being at ringside for color commentary, Ventura hangs out with some bikini beauties at the flamingo bar. Can you blame him? The beauties then lead him to the ring. 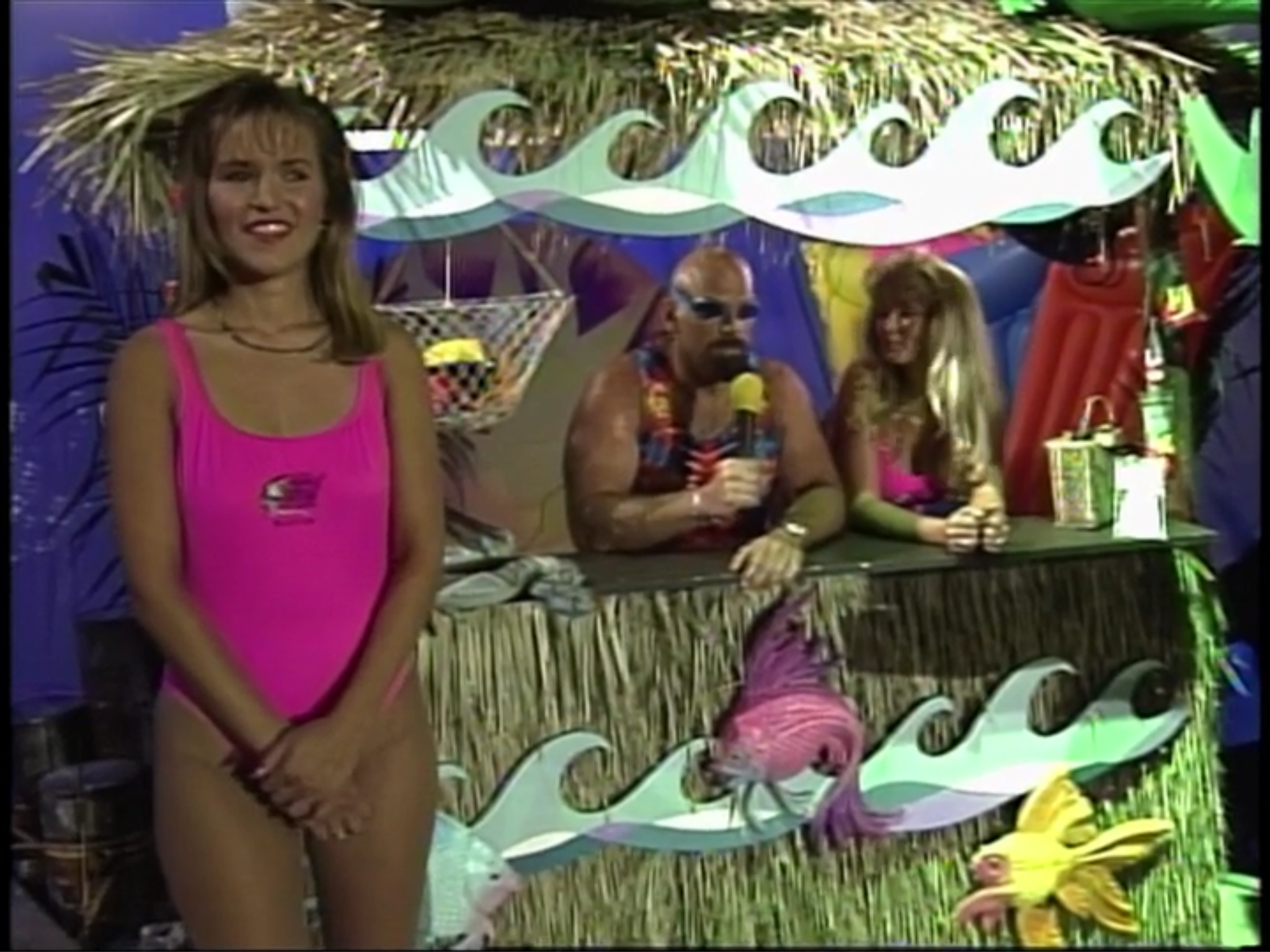 Summary: Simmons has no one to blame but himself for losing the match.

After the match, Simmons tosses Orndorff back into the ring, mounts the top turnbuckle, and hits a flying shoulder block.

Summary: They followed the tag formula to a tee, and the Biloxi faithful stuck with it and enjoyed it.

At the entrance, Missy Hyatt interviews Orndorff with the Equalizer. After he dismisses Simmons, Orndorff runs down Ricky “The Dragon” Steamboat.

Summary: Without question, Watts was out of his league here, and the Biloxi faithful treated the match as a popcorn break.

After the match, Ventura interviews Regal with Sir William at ringside. Regal vows to regain the World TV title and calls out Orndorff.

We then revisit Clash XXIII when Payne shot the Badd Blaster in Badd’s face. 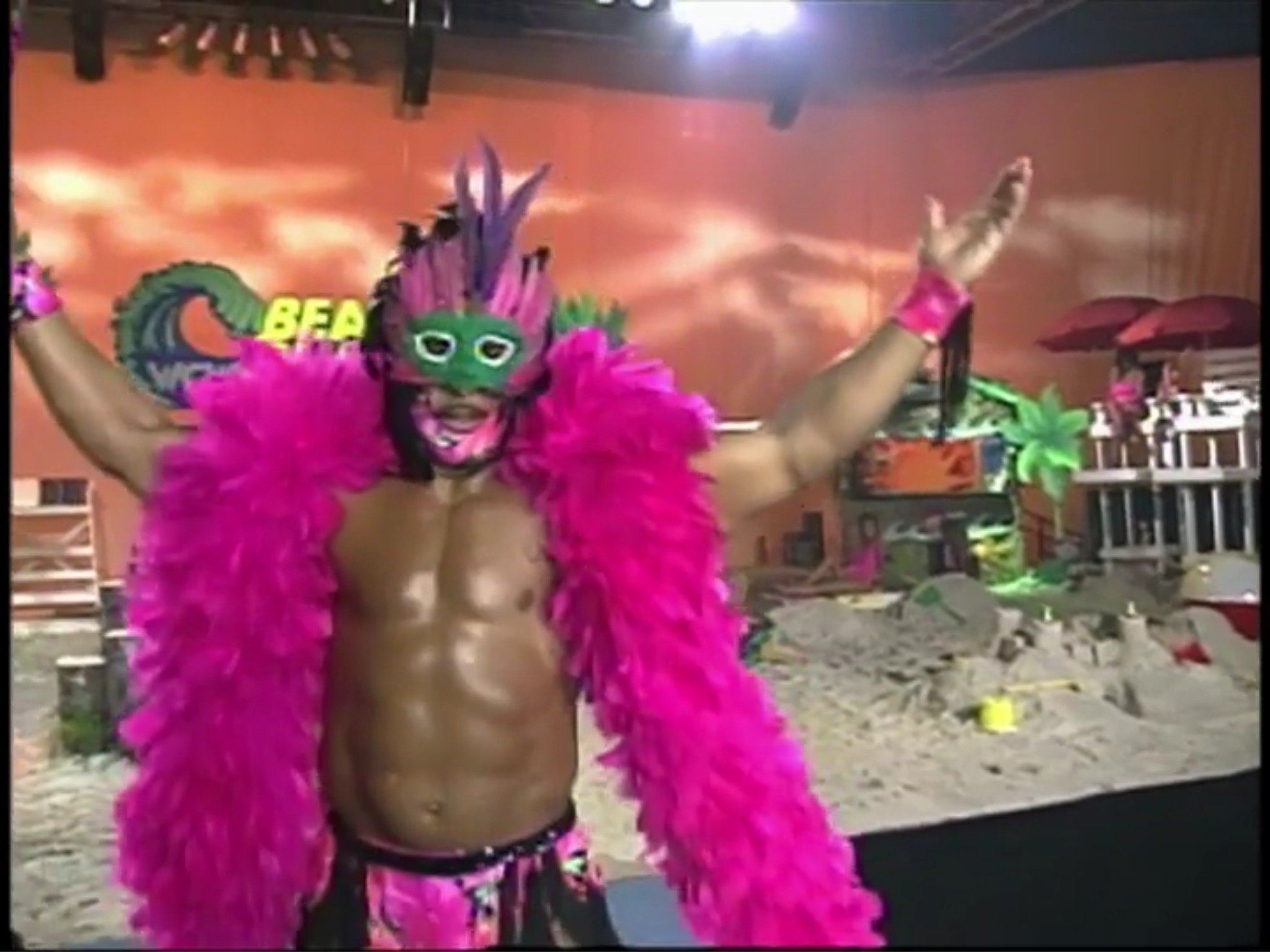 Summary: While Payne brought some workrate, Badd’s high-flying made the difference in the match.

Summary: What a roller coaster ride of a match that was! While the formula was performed to perfection, both teams busted their asses to tell a great story. Excellent work, gentlemen!

Summary: Due to the numerous rest holds, this match doesn’t hold up against its predecessor from last year. While Rude left his feet and supplied some suplexes, the downtime between maneuvers stood out like a sore thumb.

We then revisit Clash XXIII when Flair attacked Windham during a post-match interview. Next, we revisit Worldwide when Flair and Windham brawled in the ring as well as the parking lot. 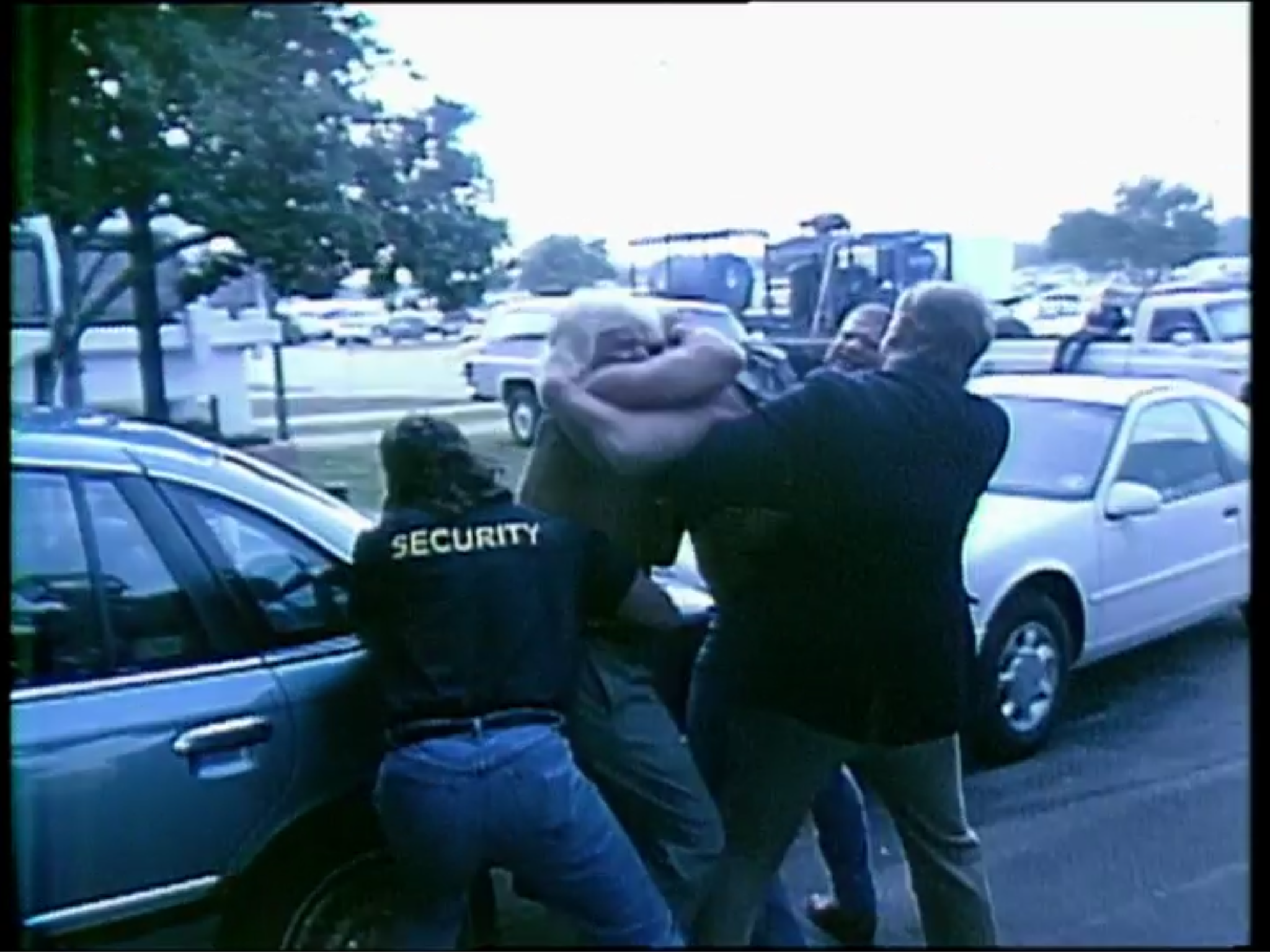 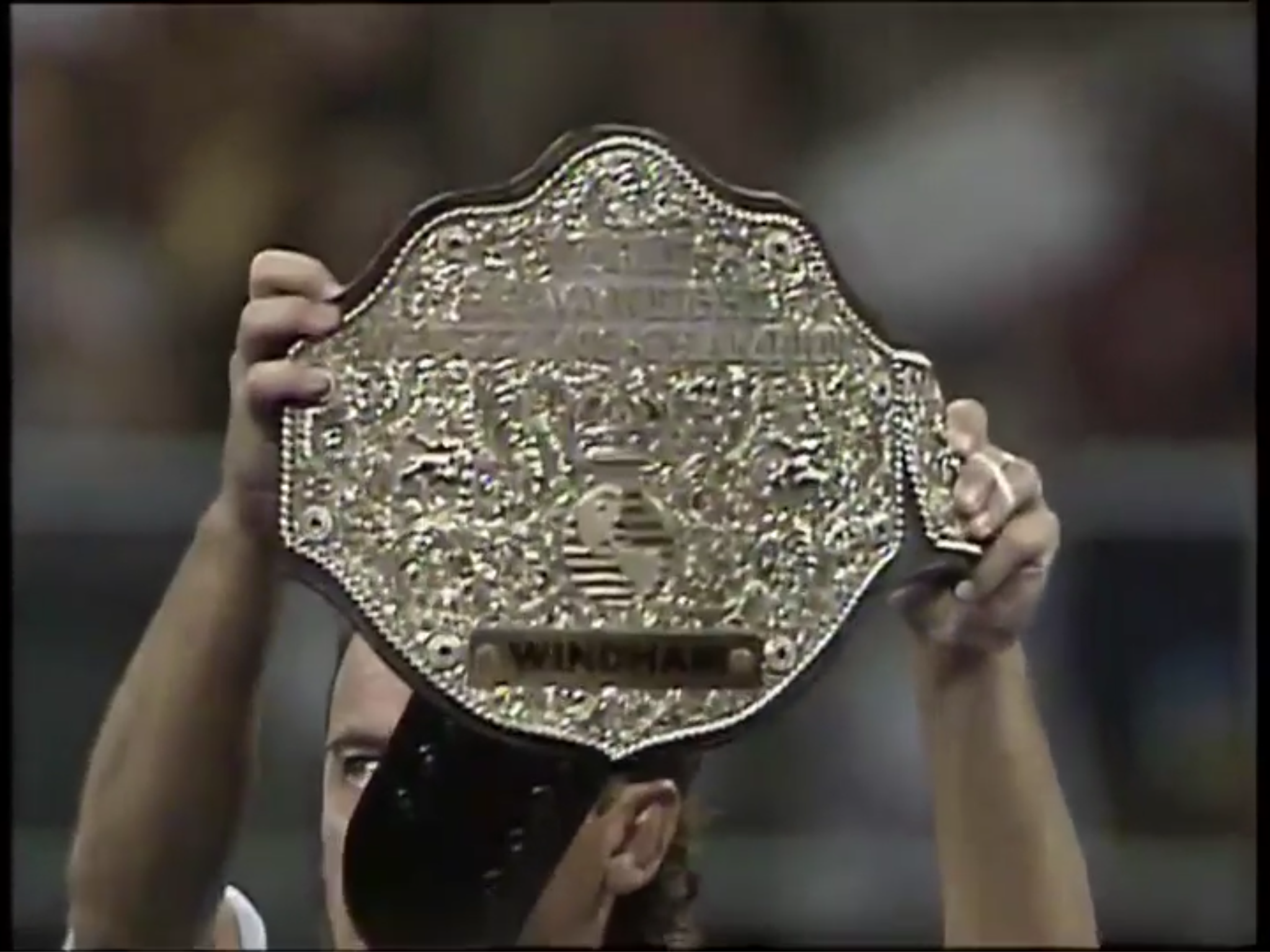 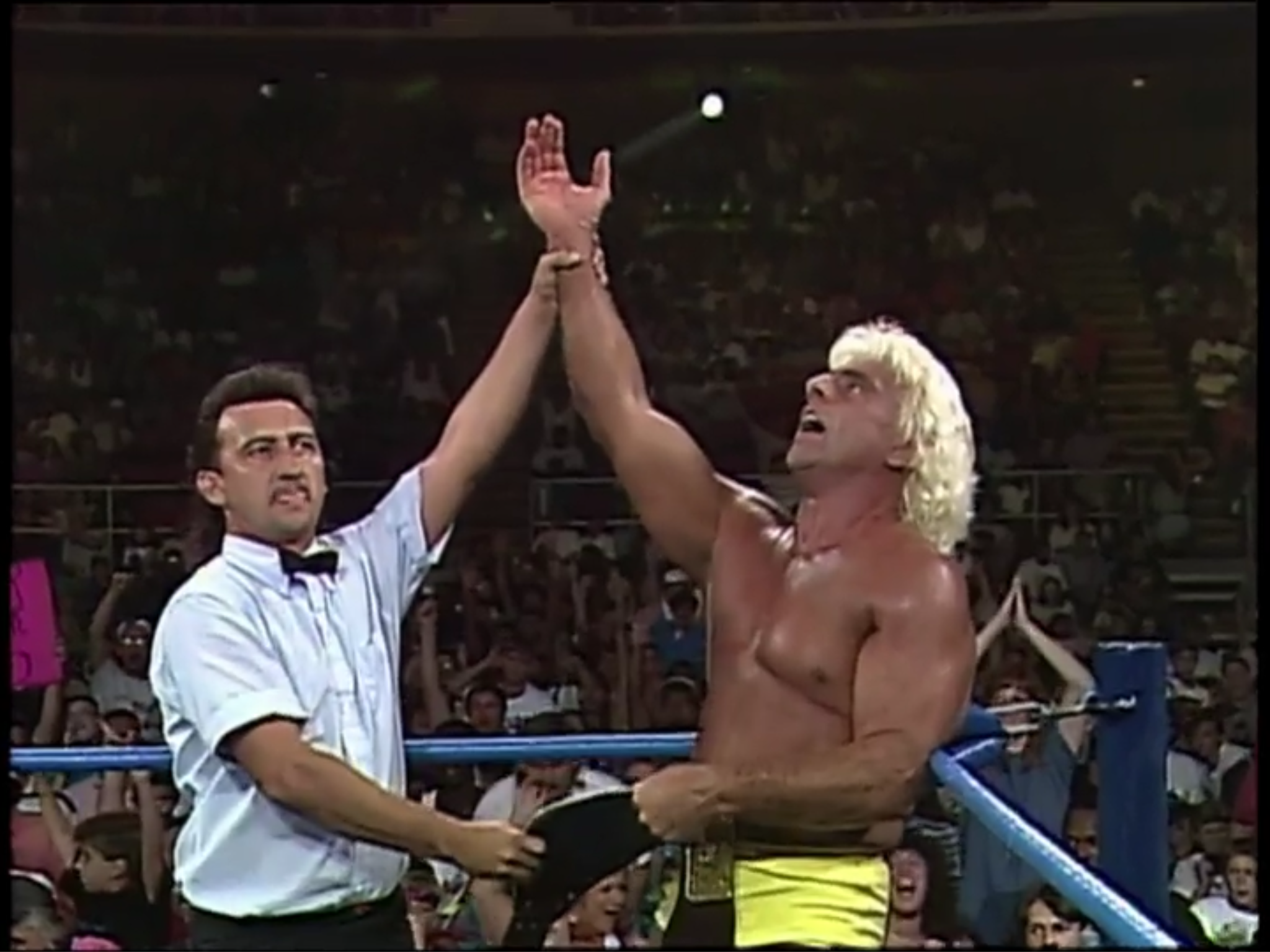 Summary: Not quite the barnburner as their 1987 match, but Flair and Windham told a great story. Flair became World champion for the tenth time. Is it me or did Windham just forget to remove a shoulder from the mat?

After the match, Ventura interviews Flair who touts Windham as a “great champion.” 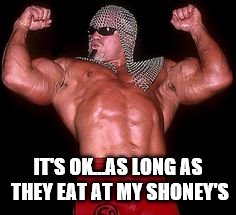 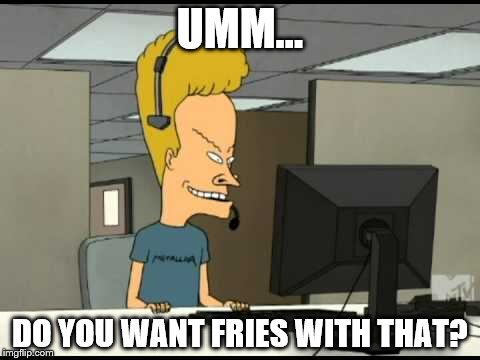 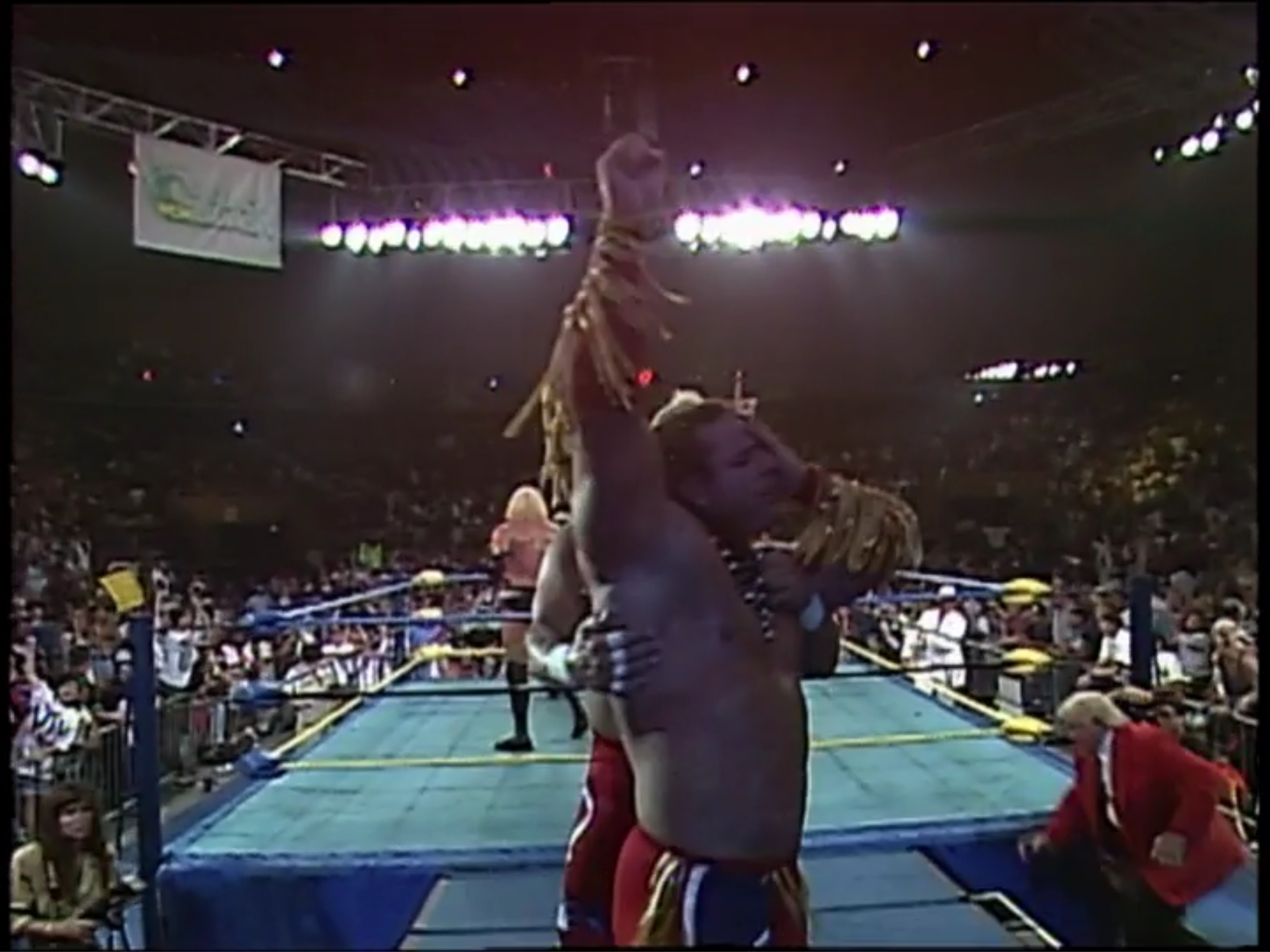 Summary: Sizzling hot main event that had the Biloxi faithful on the edge of its seat from bell to bell.

After the match, Vader throws a major tantrum nailing Schiavone in the process.

Conclusion: With the hot main event, the rather good NWA title match, and the excellent tag title match, this show’s a no-brainer to recommend. Gather some friends, have a feast, and enjoy! 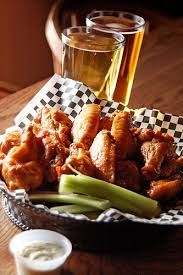