Who will win the battle royal? Can Zumhofe beat Graham and win the light heavyweight title? What’s going on with Slaughter, the Long Riders, and Al-Kaissie? Plus a BONUS MATCH! Let’s finish 1985 with a bang!

Summary: Showcase match for Zhukov who was NOT a favorite among the Atlantic City faithful.

In the ring, Nelson interviews Al-Kaissie while Zhukov and Stomper play tug-o-war with a chain. He has a 6’8” 318-pound surprise on the way. Could Hulk Hogan be returning to the AWA? 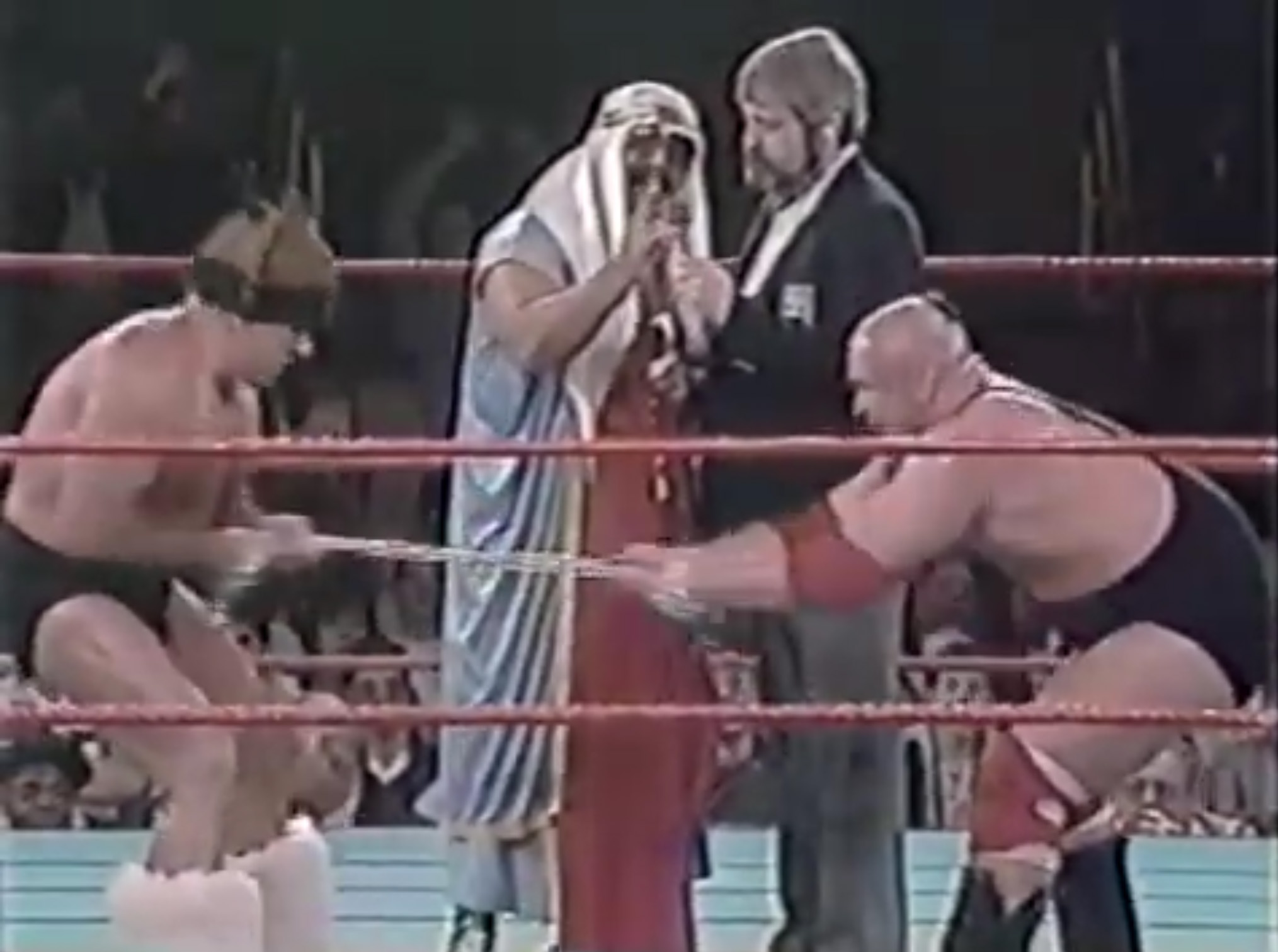 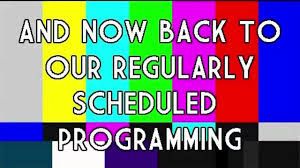 Summary: Showcase match for Slaughter as the Atlantic City faithful were 100% behind him and America.

Get the Casio pocket TV NOW!

Before the ad for Budweiser begins, Nelson interviews Slaughter in the ring. Slaughter challenges Al-Kaissie to bring his army to him, and he’ll fight them all. Next, he touts the Quaker Oats and Gatorade conventioneers among the Atlantic City faithful and refers to the Stomper as “Mongolian barbecue.” HA! 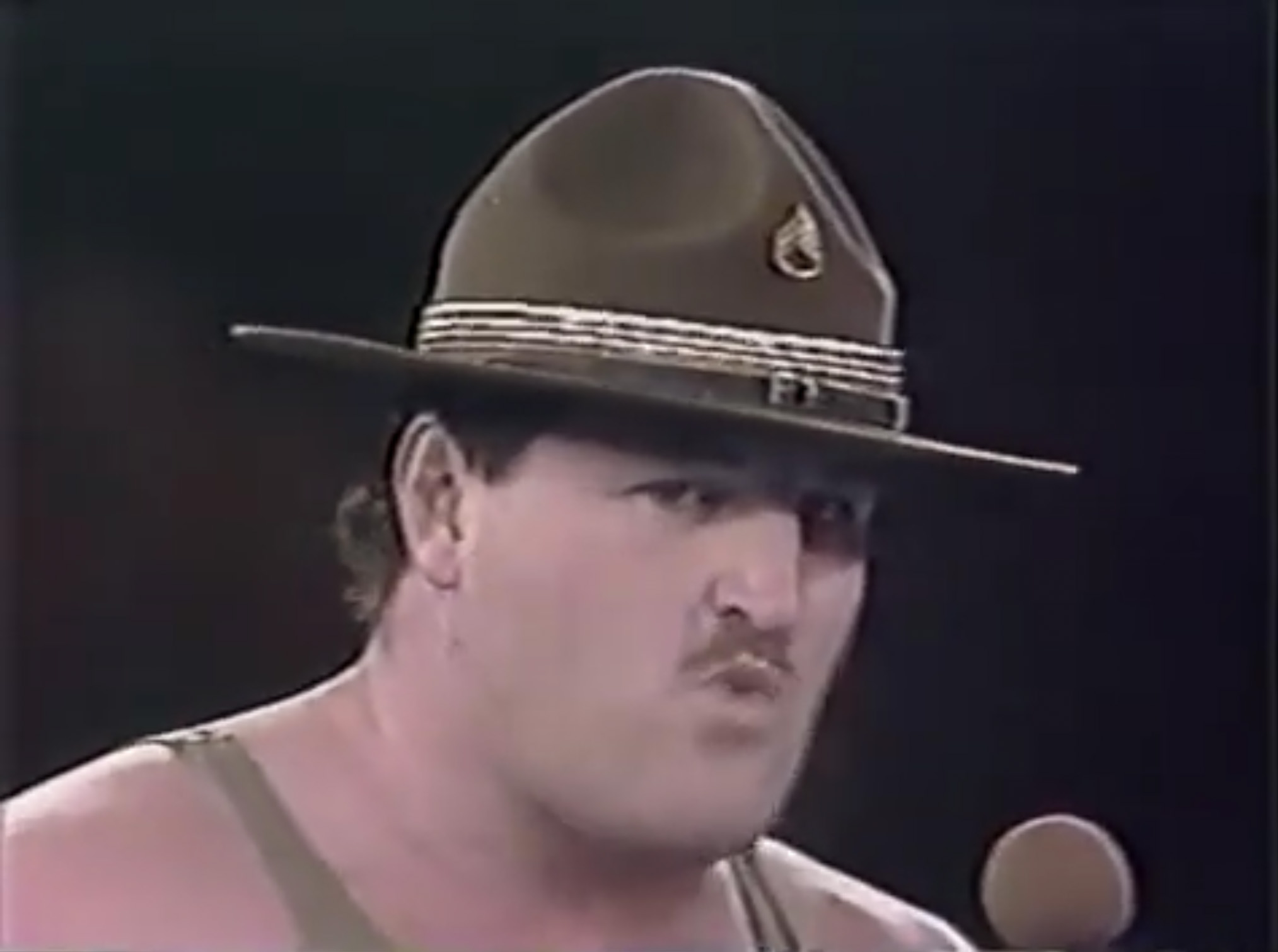 In the ring, Nelson interviews the Long Riders who taunt Baron Von Raschke with a claw hold on Nelson. Scott continues by ragging on the Redskins for losing their quarterback. For those unaware, Joe Theismann broke his leg in two places against the New York Giants on 11/18. 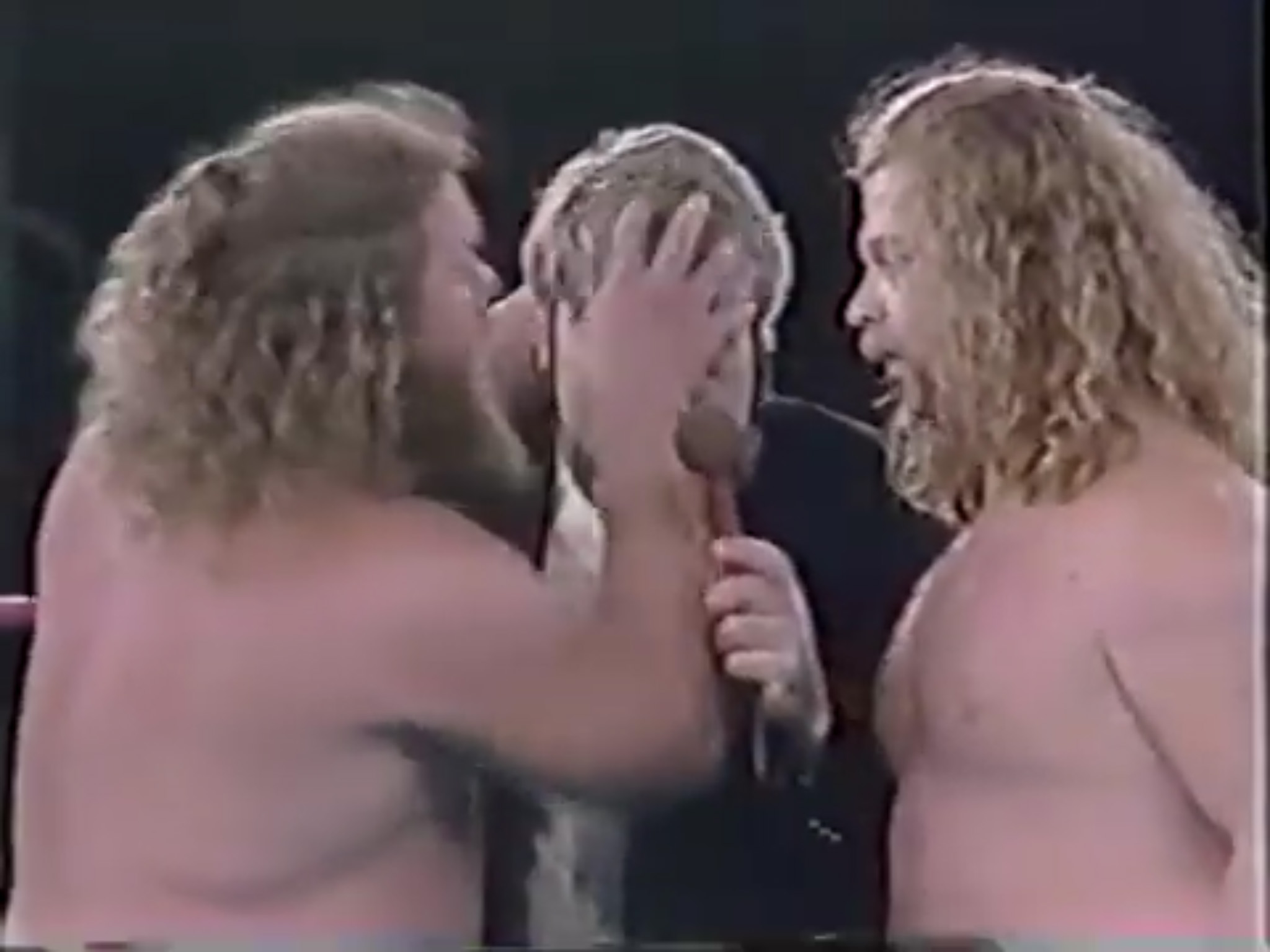 RINGSIDE RUMORS: Donna Gagne discusses the Zbyszko-Bockwinkel feud and reports that Nick Bockwinkel called him a “rebel without a cause.” As she mentions Al-Kaissie, she lists his army as Zhukov, Stomper, and the Barbarian (John Nord). The cat’s out of the bag! 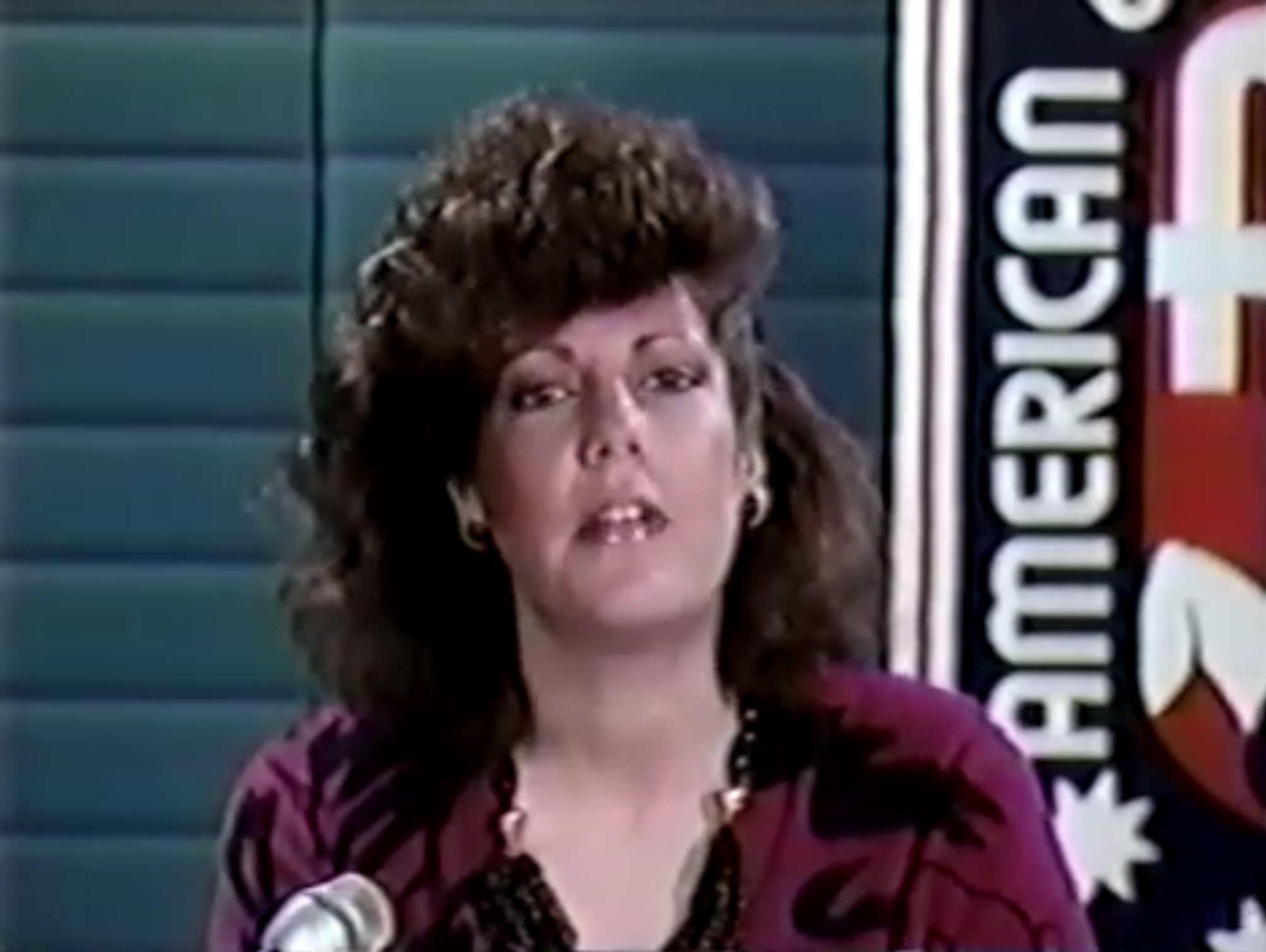 She continues with Jerry Blackwell’s characterization of the Sheik’s army as “Freddy Flintstone, Barney Rubble, and Bam Bam.” Someone get me some cactus juice please. Nonetheless, she lists some of the music that the Sheik hates as Twisted Sister. Next, she calls Curt Hennig and Scott Hall “the team of the future.” I guess she hasn’t heard of the New Breed or Tekno Team 2000. Finally, she shills Remco toys for their AWA action figures. 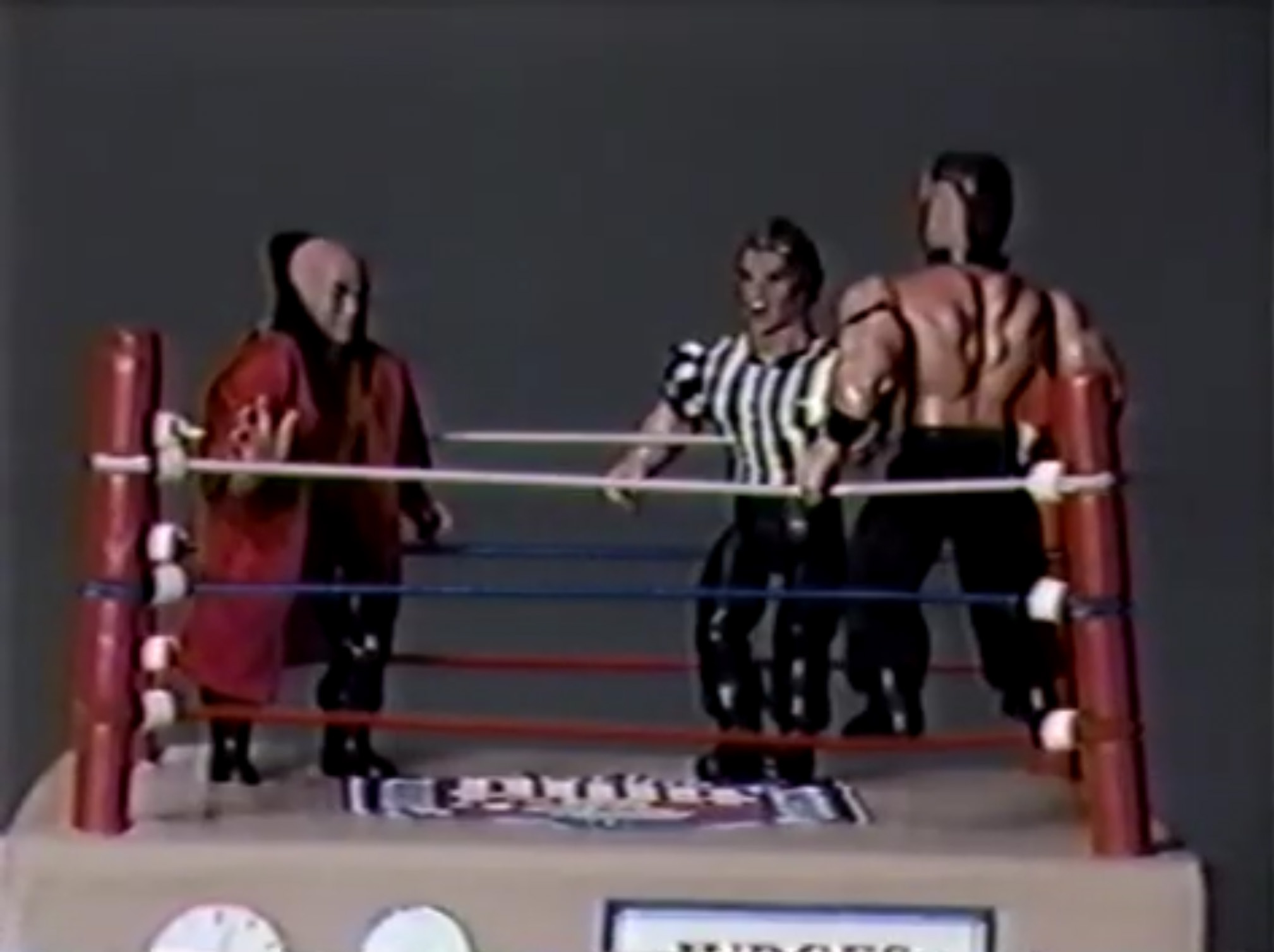 IN THIS CORNER: Without Zbyszko, Nelson interviews Ray “The Crippler” Stevens. But first, let’s see Zbyszko’s wild annihilation of both Greg Gagne and Bockwinkel again. Subsequently, Stevens, ever the heel describes Zbyszko as “a force to be reckoned with” and a “mean man.” 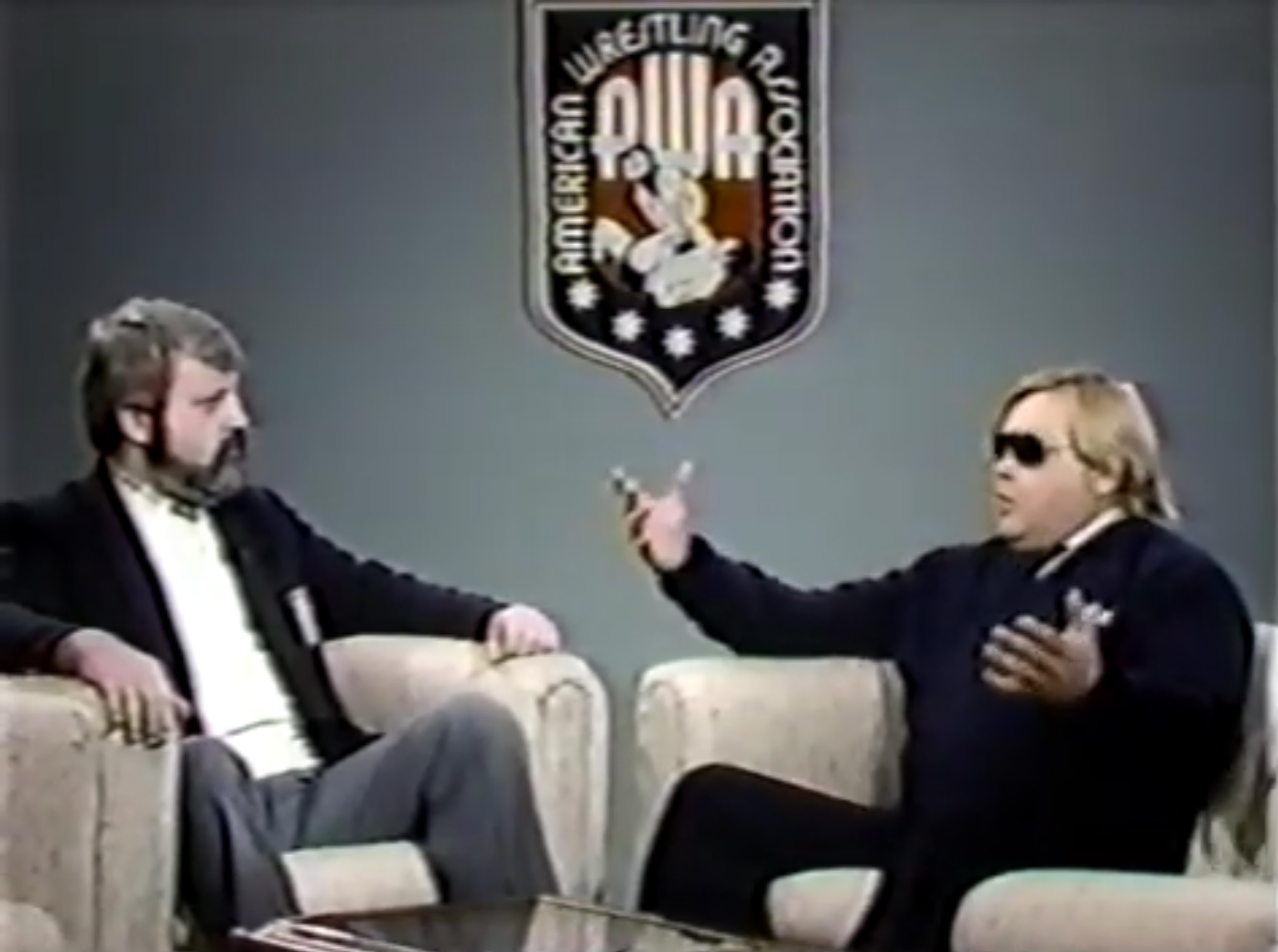 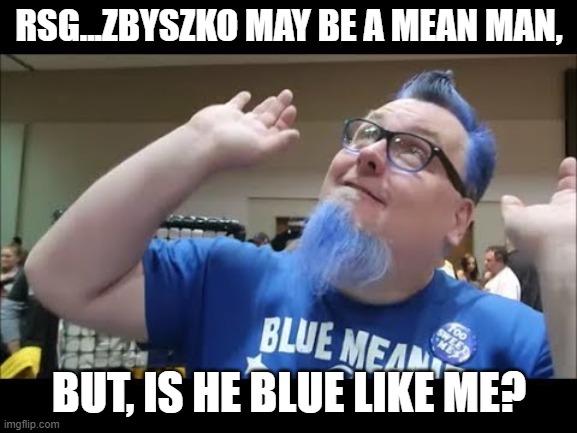 Summary: Hulk Hogan wasn’t the first babyface to get royally screwed over by the AWA. 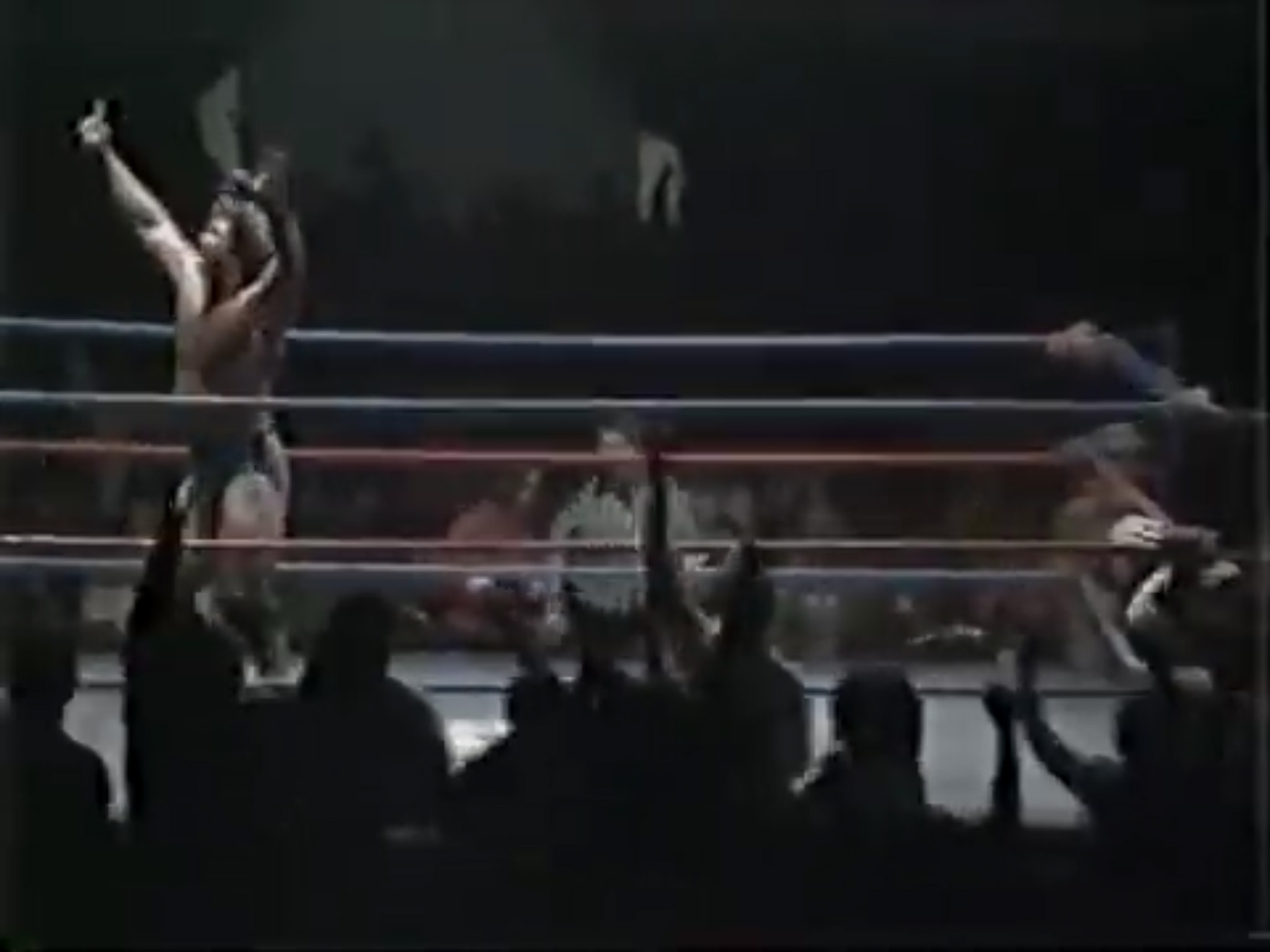 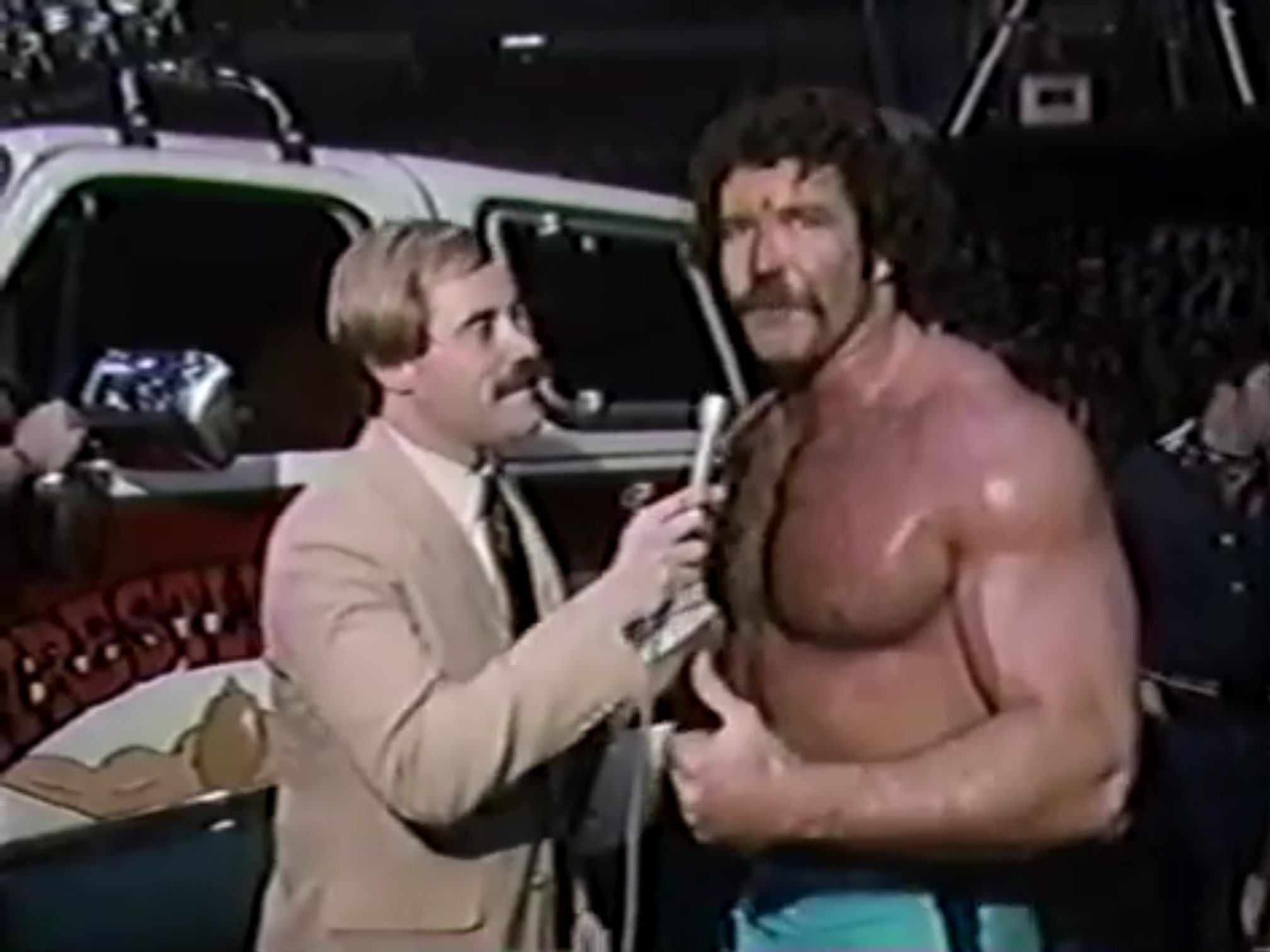 Summary: Since Regal was already a tag team champion, Zumhofe’s dethroning him makes a lot of sense.

Conclusion: It’s fantastic seeing Hall getting some recognition in the AWA. I wonder if any gold lies in his future. Speaking of recognition, Zumhofe’s success against Regal topples his failure against Graham from years past. Following Hansen’s victory in the Meadowlands, Slaughter has some title opportunities as the #1 contender, so he has more than just the Sheik’s army on his mind. Donna’s revealing of Barbarian as Sheik’s third man spoils my Hogan joke, but her role is gossip monger. It’s hard to blame her. Lastly, the Long Riders showed some sharp personality during their post-match interview.

This is the last episode I have with the AWA at the Tropicana in Atlantic City. Next, we’ll be showboating in Las Vegas. 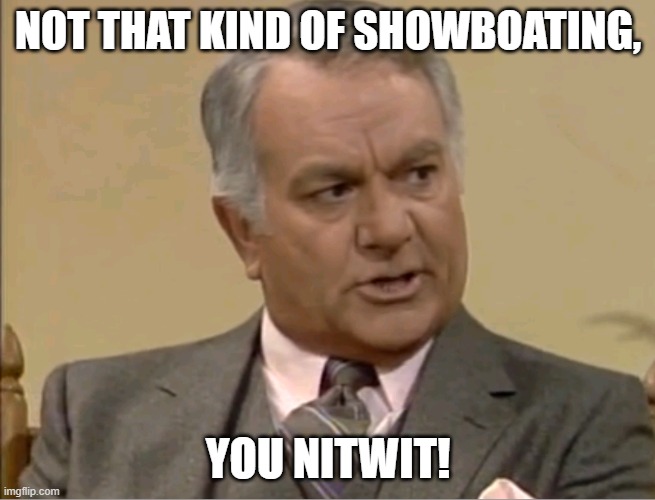