Can the Freebirds snag the tag titles from the Road Warriors? Will there be any shenanigans? What do Bockwinkel, Slaughter, and Akbar have in store for us this week? Let’s find out!

This is a rather condensed episode with no commercials or tour schedule. Get your refund at the door if you wish.

For those of you who remain hardcore AWA fanatics, let’s rock!

In the ring, Nelson interviews Bockwinkel who challenges Rick Martel as well as the tag team champions “Gorgeous” Jimmy Garvin and “Mr. Electricity” Steve Regal. He refers to his team with Larry Zbyszko as the Professionals. 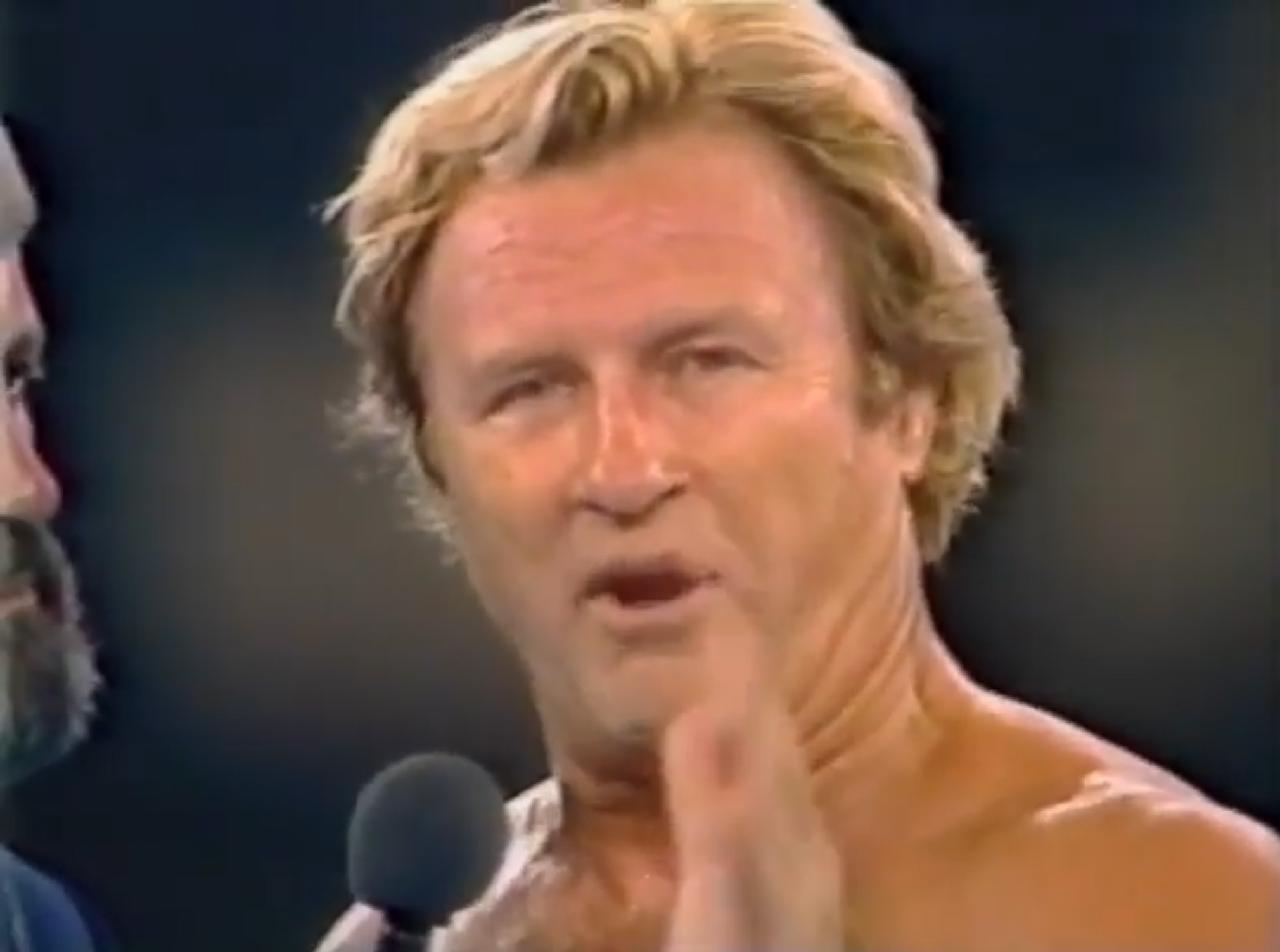 In the ring, Nelson interviews General Skandor Akbar who touts his protégé Kamala. Next, he states that wrestlers like Martel, Blackwell, and Greg Gagne who will “fall by the wayside.” 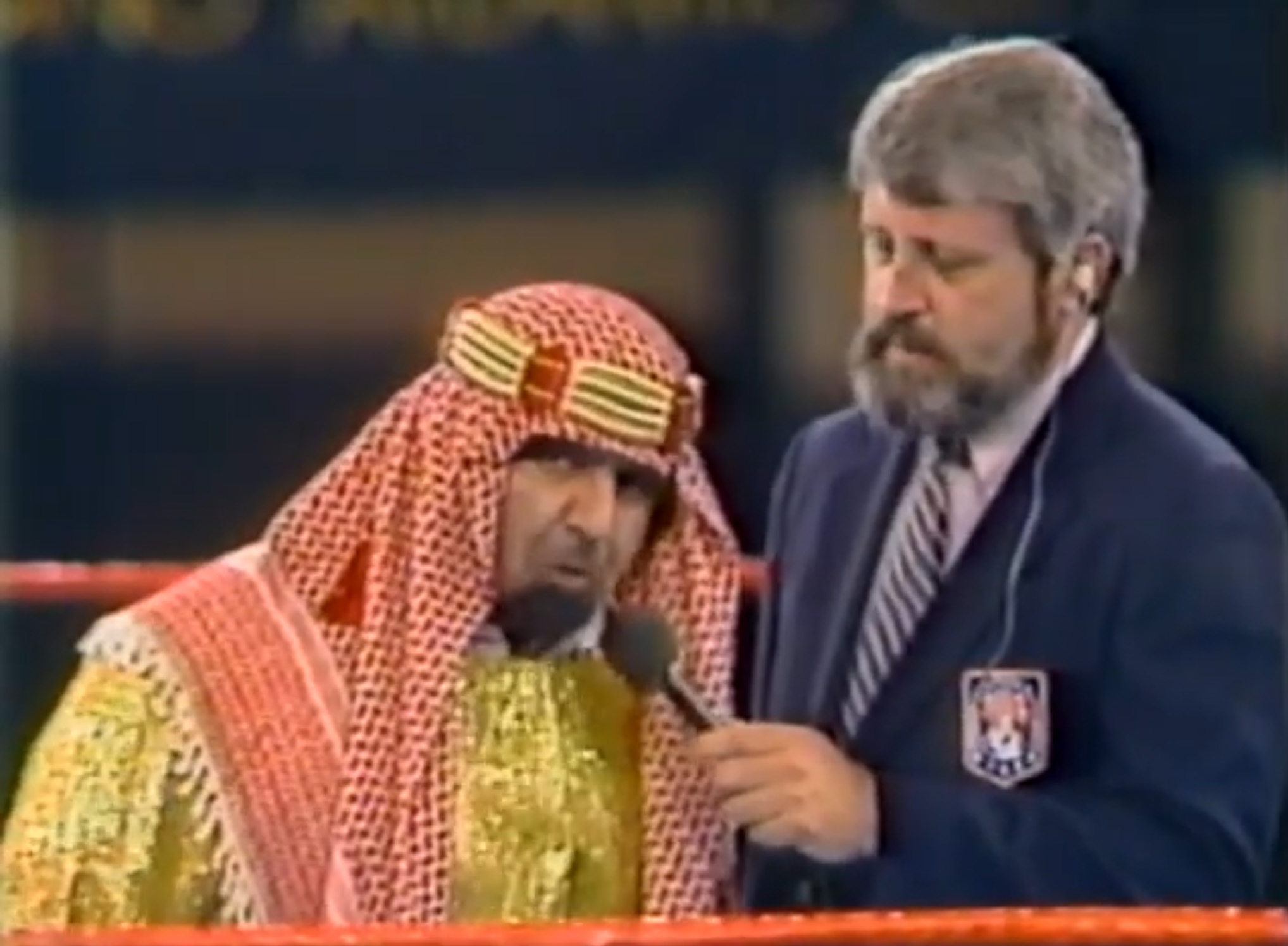 Could Be Worse GIF from Couldbeworse GIFs

Summary: Extended showcase match for Slaughter who treated Rice like he was owed money.

After the match, the Atlantic City faithful chant “U-S-A,” and Nelson interviews Slaughter with some kids. Once the kids recite the Pledge of Allegiance, Slaughter apologizes for his anger, answers Akbar’s challenge, and celebrates racial unity in America. 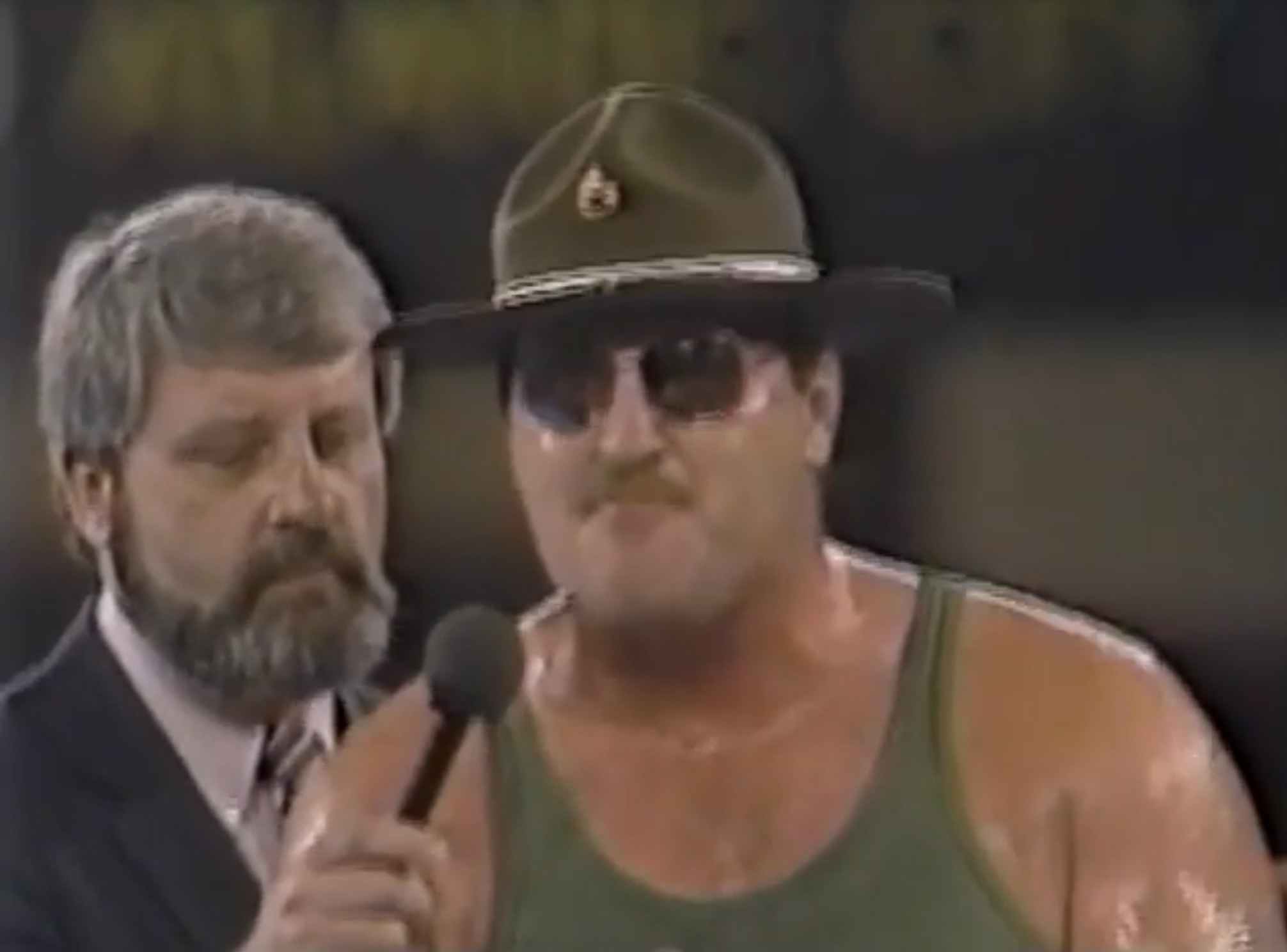 I recently reviewed the next match for Super Clash ’85, so here’s my review:

Summary: Wild match where heel shenanigans allowed the Freebirds to steal the tag titles. But the Road Warriors can’t lose in their hometown, can they?

After the match, Nelson interviews Verne who requests to see the finish again. Due to INSTANT REPLAY, the decision is reversed, and “Chicago’s own” Road Warriors retain. In 1985, replay was a scorching hot topic in sports, but it hadn’t been implemented to change rulings. The AWA took it upon itself to innovate the concept in professional wrestling.

Ken Resnick interviews the Freebirds who feel their victory over the Road Warriors was legitimate. Resnick refutes it, and Hayes hits him with “the doctor that delivered you said that your parents were crazy.” HA! They promise to “punish” and “finish” the Road Warriors. 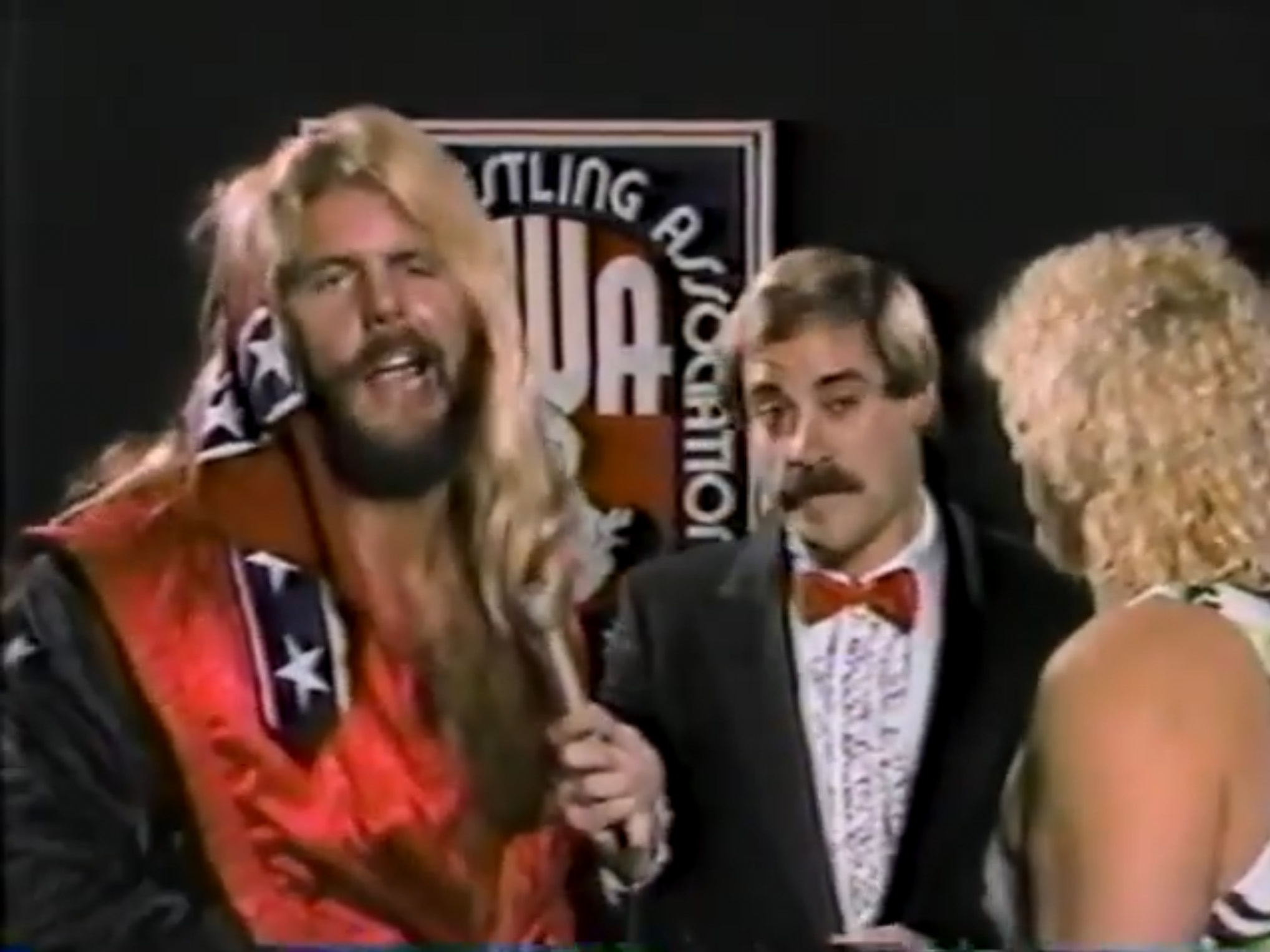 Conclusion: The finish to the tag title match telegraphed the title change the following night in St. Paul. According to cagematch, the St. Paul match was the last time the Road Warriors directly worked for the AWA until WrestleRock ’86. Before you ask, yes, the Road Warriors maintained their Pro Wrestling USA obligations.