Will Blackwell destroy Zhukov as well as Al-Kaissie in the main event? What’s going on with the Long Riders? And who are these young newcomers to the AWA? Let’s sift through this in hopes of gold! 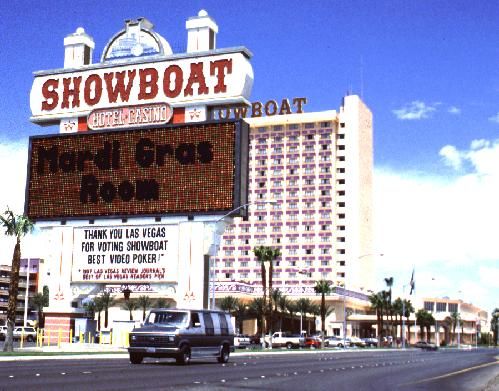 Since I appreciate constructive criticism, I will not be screen capturing or plugging any commercials for this reflection. Please let me know if it’s an improvement or a detriment.

Summary: Showcase match for Michaels who is greener than turtle shit, but his finishing sequence is breathtaking.

In the ring, Nelson interviews Michaels who received a warmer post-match reaction than earlier. Knowing his current limitations, Michaels sets his “first goal” as the World tag team titles. He just needs a partner. So he can do-si-do? 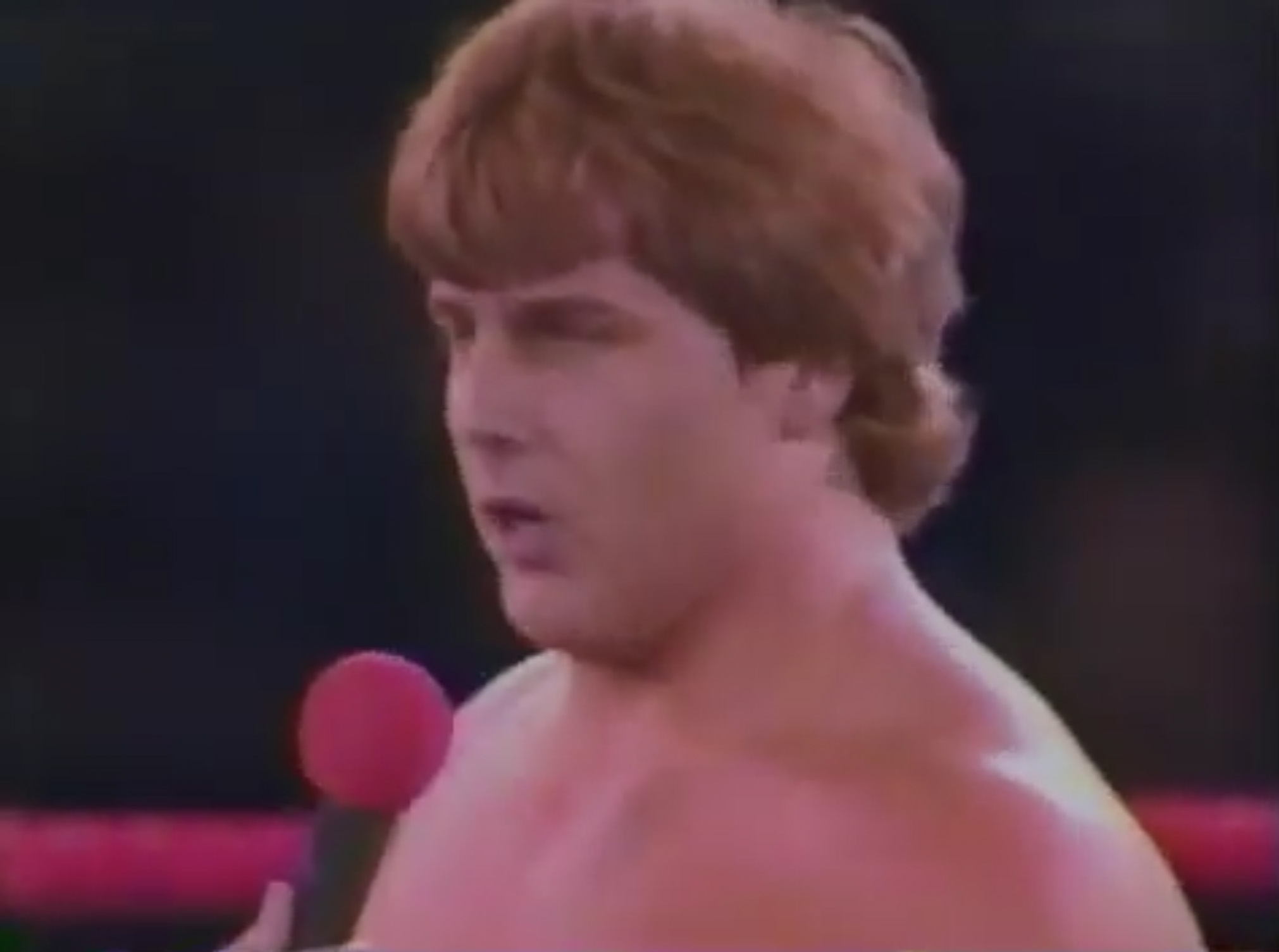 Summary: Showcase match for the Long Riders. I could swear Bun Boy would eat the pin because he became toast rather quickly.

In the ring, Nelson interviews the Long Riders. Scott refers to Hennig and Hall as “pretty boys,” while Bill tries to give Nelson an anatomy lesson stating the leg is the strongest part of the body. Although it seems accurate, the masseter is the strongest muscle. 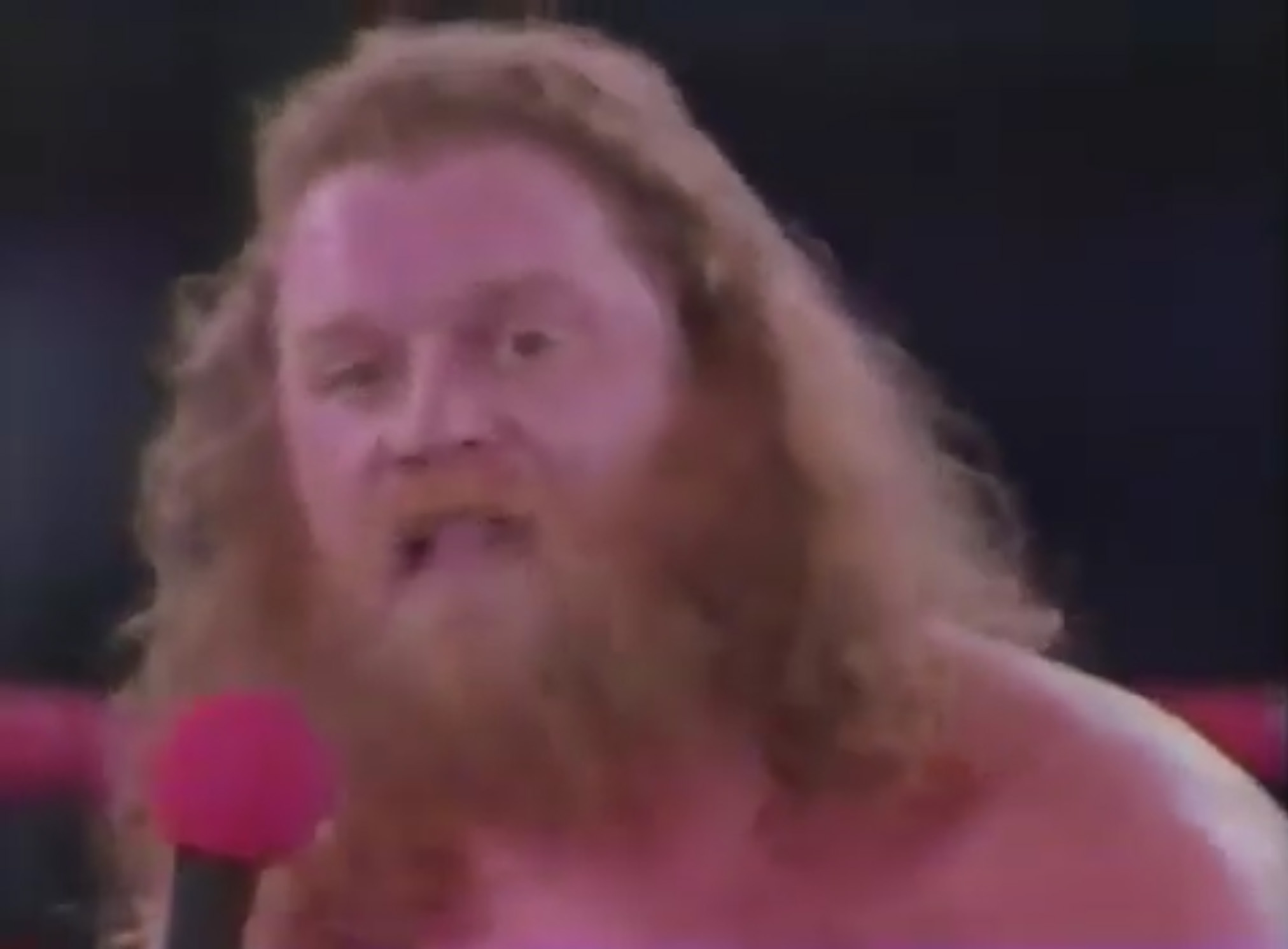 Summary: Showcase match for Hall. That backdrop has to be seen to be believed.

In case you’re thirsty, a Budweiser ad was shown.

In the ring, Nelson interviews the tag team champions. Hennig touts the wily World champion while still cutting a promo on him. By the way, Hennig and Hall defeated Garvin and Regal on January 18 in Albuquerque, NM. Footage, as far as I can see, does not exist. 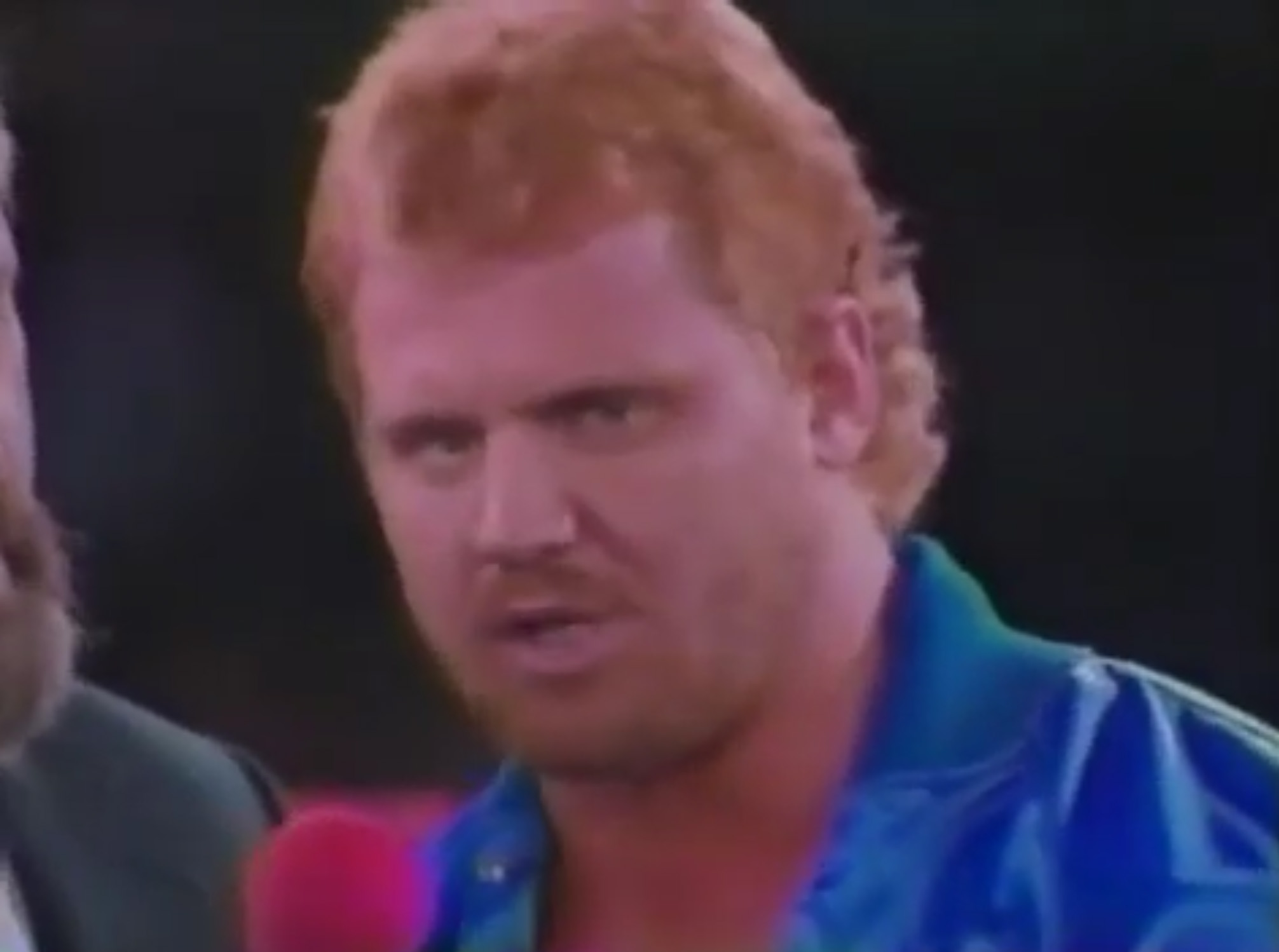 IN THIS CORNER: After a video featuring Jannetty airs, Nelson and Zbyszko interview him. Jannetty details that he and Michaels will tag together as the US Express. As Zbyszko takes him to task about his look, Jannetty picks on him for wearing a pink shirt. HA! Methinks Jannetty and Michaels will find a better name and could excel in the AWA. 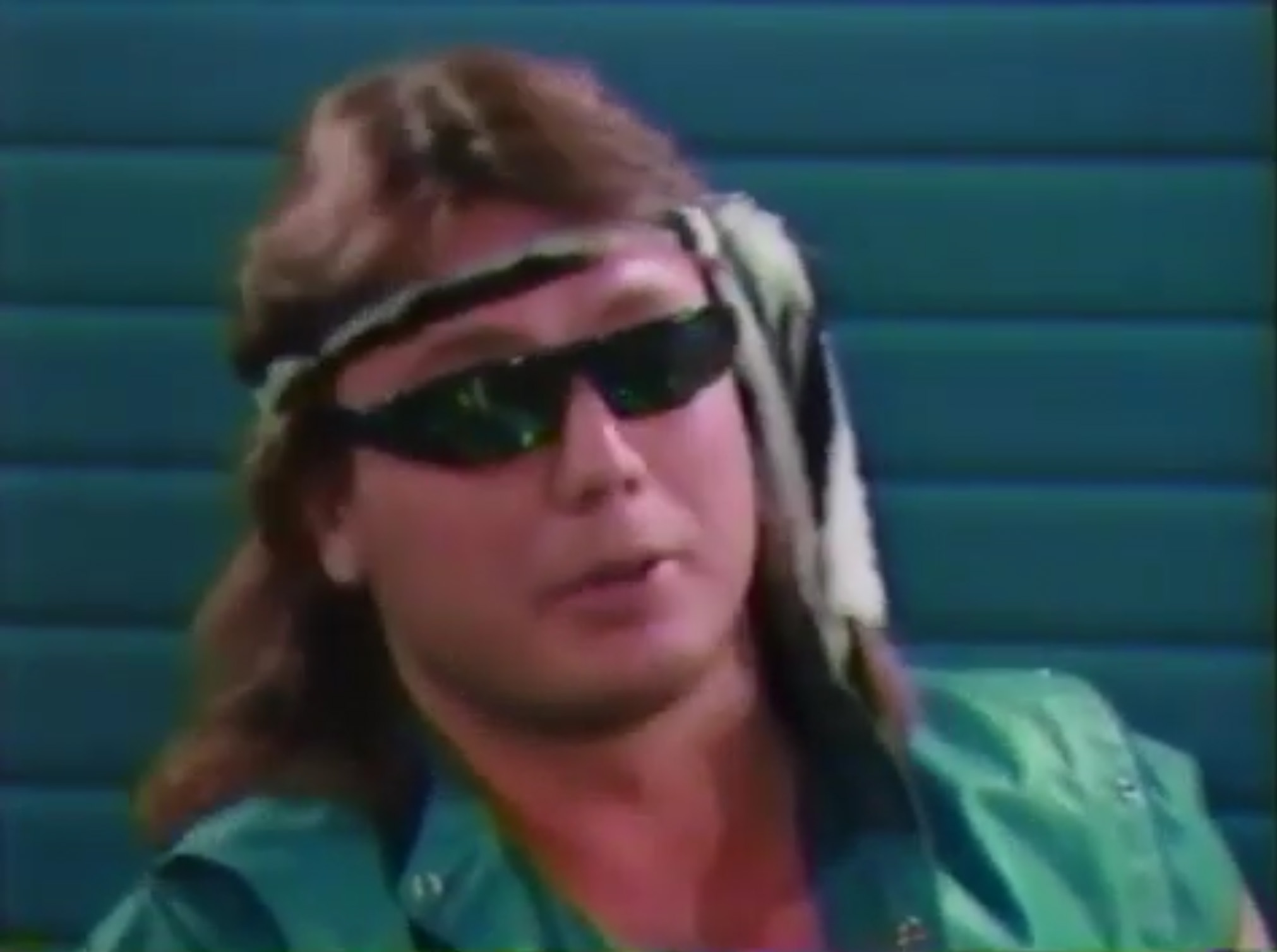 Prior to the main event, we revisit a match from Oshkosh, WI on 2/1 where King Kong Brody and Sheik Adnan Al-Kaissie double-teamed Blackwell until the babyface locker room emptied into the ring.

In the ring, Nelson interviews Blackwell who toes the patriotic line. He cuts a promo on Brody and Al-Kaissie, and the Las Vegas faithful stand behind him. 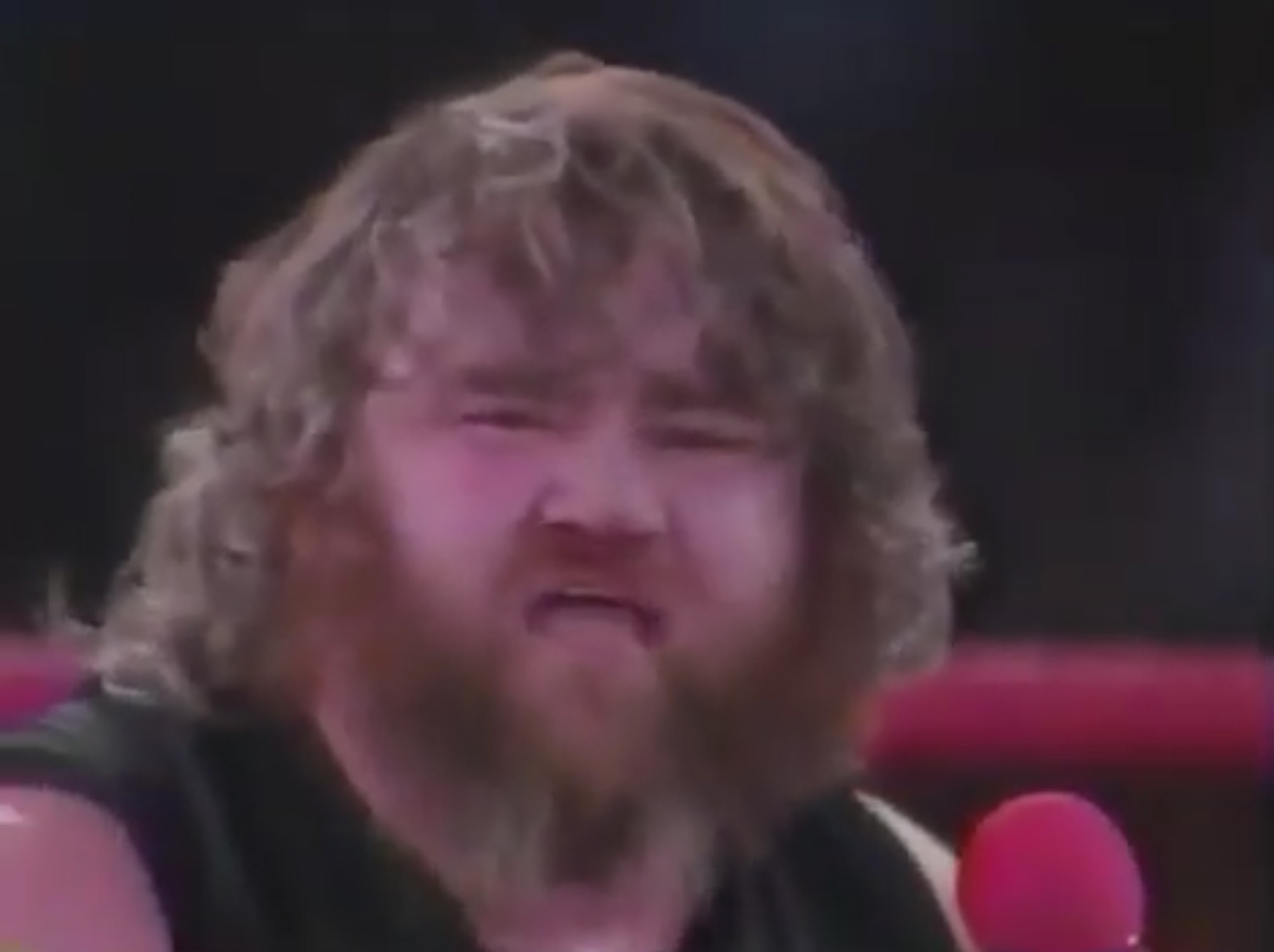 Conclusion: While this episode reads like an opening chapter in a book, the AWA was steamrolling toward WrestleRock ’86 on 4/20. If you’ve not seen Michaels’ TV debut, check it out. If you truly miss the Cold War, watch the main event too.